Thousands of fans have taken over Madrid this afternoon for the all-English final.

They are sharing 33,226 tickets inside the Wanda Metropolitano stadium, but scores more have made the journey to the Spanish capital.

And ahead of the 8pm clash, Spurs fans were pictured passing around a sex doll at one of the city’s busy bars.

In a seperate picture the doll had a Tottenham scarf wrapped around its neck as rowdy fans watched on.

Elsewhere in the city, Spurs and Liverpool fans let off flares of their beloved white and red colours respectively. 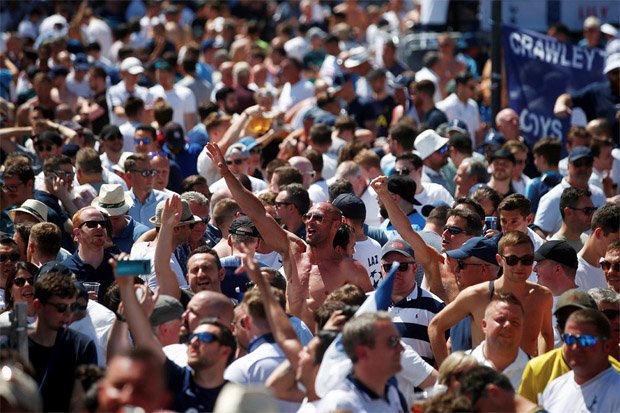 On the pitch, Liverpool go into the game as favourites after finishing second with a record tally for the runners-up in the Premier League.

They have made it through to the final after beating Barcelona 4-0 at Anfield in one of the greatest comebacks in the competition’s history.

But Spurs will still fancy their chances as underdogs, after securing emphatic victories over Manchester City and Ajax in the quarter and semi-finals respectively.