The 70-year-old woman was pronounced dead just after noon after 25 firefighters were called to the blaze yards from Tottenham fire station in north London just before 11am. 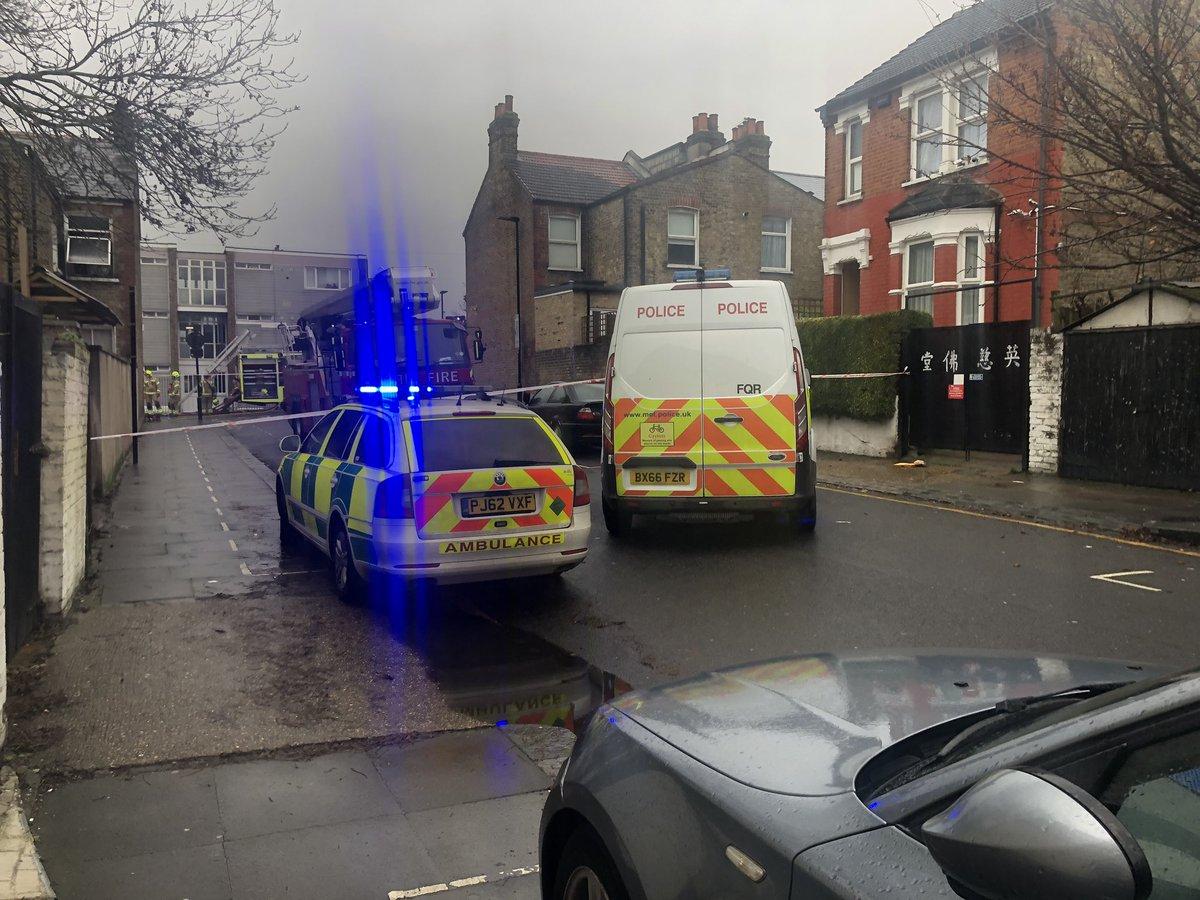 Police and brigade investigators have launched an investigation after firefighters pulled the women from the first floor flat.

Both were taken to hospital by ambulance, but the pensioner was pronounced dead shortly after arrival. 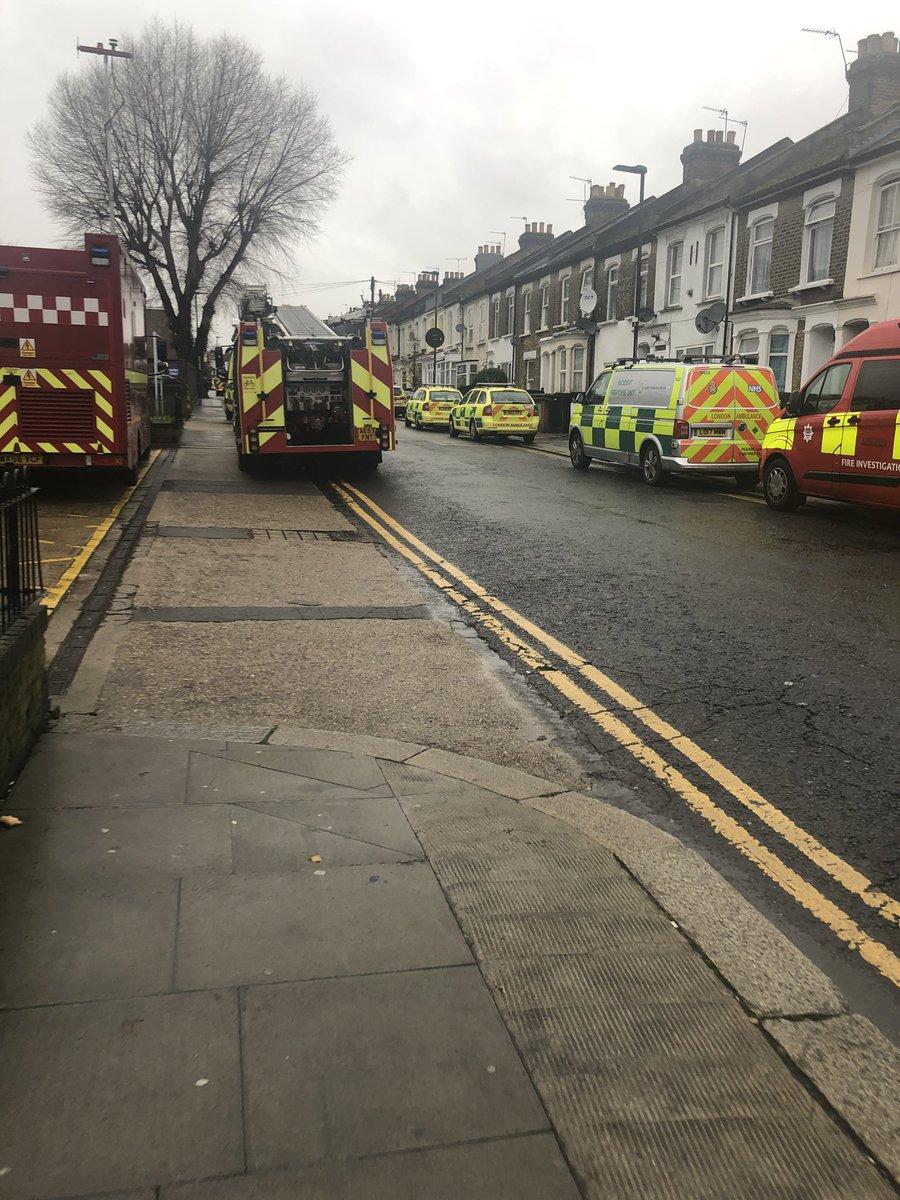 "Both were taken by ambulance to hospital. The older woman was pronounced dead at 12.09pm, and younger woman remains in a life-threatening condition.

"We await further updates. The cause of the fire is still unexplained at this stage. Enquiries continue."

A London Fire Brigade spokesman said: "Four fire engines and around 25 firefighters were called to a fire at a house on St Loys Road in Tottenham.

"Half of the first floor of an end-of-terrace house was damaged by the fire. Two women were rescued from the first floor by firefighters wearing breathing apparatus. They have been taken to hospital by London Ambulance Service crews. 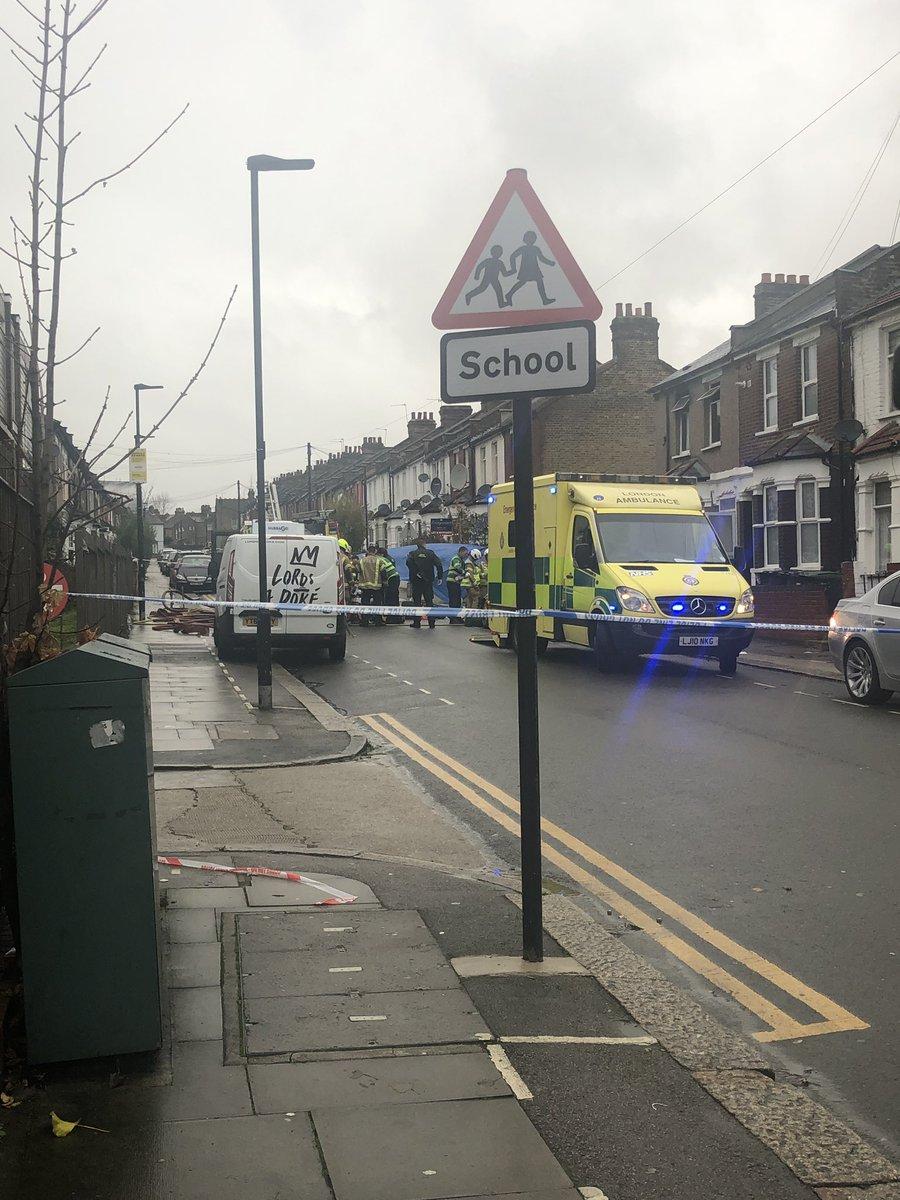 "Fire crews from Tottenham and Stoke Newington fire stations attended the scene. The cause of the fire is under investigation."