Topping up your tan at the last minute? Tourist strips off at Spanish airport… before putting on some leggings as she prepares to fly home

This is the shocking moment a female tourist is caught on camera stripping at a busy Spanish airport in front of astonished holidaymakers and cabbies.

The blonde woman of unknown nationality was seen stripping completely naked from the waist down before struggling to put on a pair of leggings at Palma Airport in Majorca.

Video footage shows her attempting a quick change by the taxi rank outside the airport, but she appears to regard underwear superfluous. 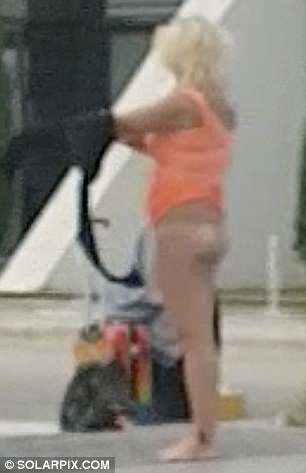 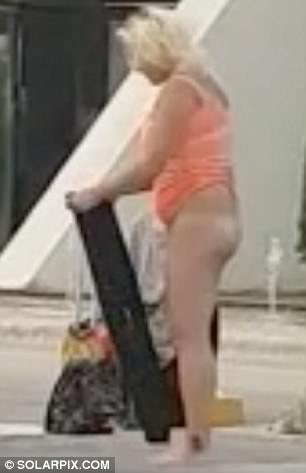 Stay classy: Video footage shows the unknown woman stripping off at the airport on Mallorca

At one point she appears to be struggling to stay upright while putting on her leggings, and is forced to sit down on the pavement in a fit of giggles.

One onlooker filming the bizarre scene, said to have taken place on Wednesday, raged in a running commentary in Spanish: ‘Here we are. Nice and cool without any clothes on at the airport.

‘This is how it is. Now I’m taking off my knickers. It’s amazing. How disgusting!’

It was not immediately clear today if police had been called to the airport, where public nudity is not normally an issue.

However, more than 100 people were fined last year for public nudity or sexual activity in public in Calvia, the Majorcan municipality which includes Magaluf, the holiday destination popular among Brits. 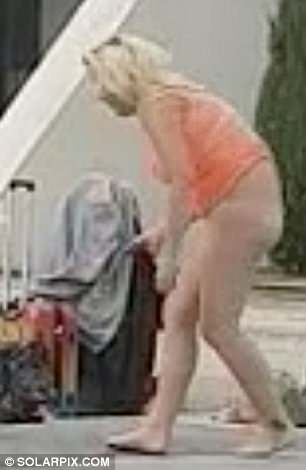 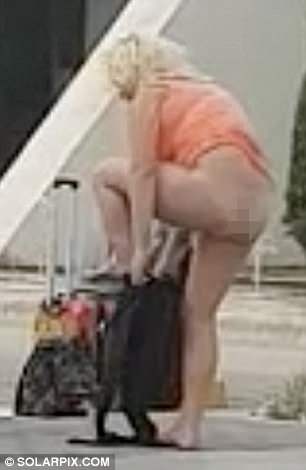 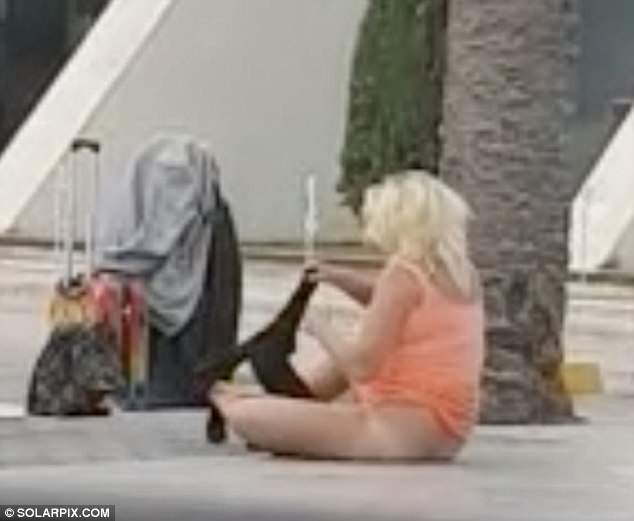 Challenged: t one point she appears to be struggling to stay upright while putting on her leggings, and is forced to sit down on the pavement

No breakdown of nationalities, or details on exactly where the fines were levied, were made available, although most are thought to have been written out in Magaluf.

S’Arenal, a party resort on the island which is popular with German tourists, is also the scene of regular summer debauchery.

Last July a tourist was pictured coming out of Palma Airport and jumping into a taxi with a bright yellow Borat-style mankini on.

Last September a British mother-of-three was filmed wrestling with another woman on the floor at Alicante Airport as she got off a Ryanair flight from Newcastle.

The two women had to be prised apart by a bystander.