Rabat: Moroccan authorities believe four suspects in the killing of two Scandinavian tourists had travelled to the Atlas Mountains intent on committing a crime but had not selected a target in advance.

They were apparently acting on their own initiative, even though they had just pledged allegiance to Islamic State, an official said on Sunday. 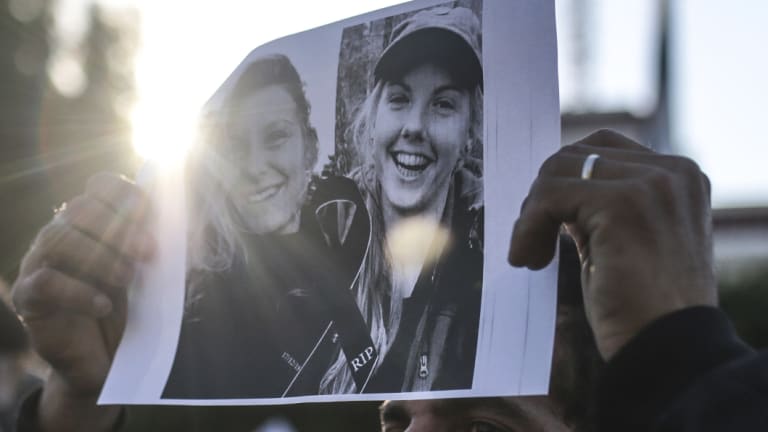 Pictures of Maren Ueland and Louisa Vesterager Jespersen are displayed during a candlelight vigil outside the Norwegian embassy in Rabat.Credit:AP

Boubker Sabik, spokesman for the Moroccan security and domestic intelligence services, also said the arrest of nine more people in the case had foiled a terror plot.

Louisa Vesterager Jespersen, 24, from Denmark, and Maren Ueland, 28, from Norway were found dead early on Monday near the village of Imlil on a route to Toubkal, North Africa's highest peak and a popular hiking and trekking destination.

Sabik, speaking on the state 2M TV, described the four suspects, aged between 25 and 33 years, as "lone wolves". 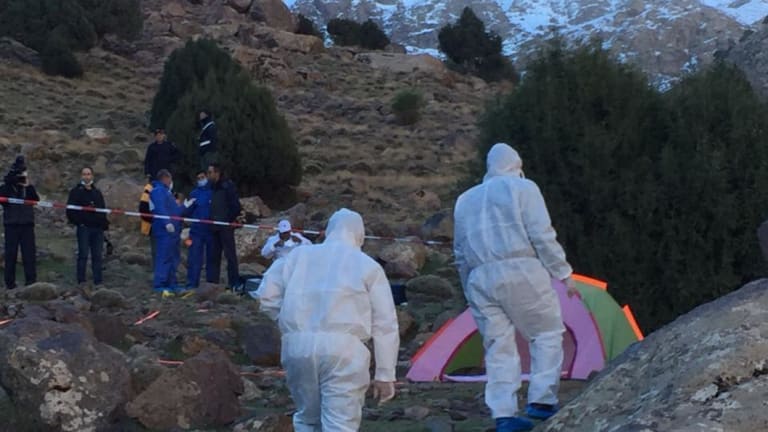 A forensic team attends the site where two Scandinavian women were found near Imlil in the High Atlas mountains, Morocco.Credit:2M/AP

"The crime was not coordinated with Islamic State," he said. "Lone wolves do not need permission from their leader," he added, without explaining how the authorities had come to their conclusions.

One of them was arrested in 2013 as part of a crackdown on individuals who wanted to join extremists abroad, he said, adding that this suspect had radicalised the other three.

However, he dismissed reports that one was a returning foreign fighter from the Middle East. All four, who originated from the outskirts of Marrakech, had only informal jobs and had a low level of education, he added.

Referring to the nine other suspects detained on Friday in various Moroccan cities, he said their arrests "spared Morocco a terrorist plot".

Electronic devices, an unauthorised hunting rifles, knives and materials that could be used for bomb-making were found in the course of those raids.

Sabik gave no details of this suspected plot but said Morocco is stepping up efforts to counter security threats posed by the return of Islamic State fighters from Syria and Iraq.

Authorities were still trying to authenticate a video that has been shared on social media purporting to show the beheading of one of the victims. 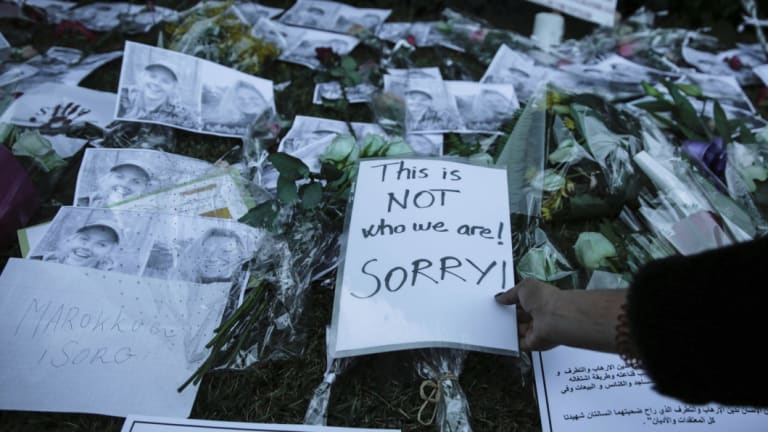 Moroccans lay flowers and messages during a candlelight vigil in Rabat.Credit:AP

"The video has no background and the clothes of the victim are not identical to those in reality," he said.