Alleged attacker, who killed four people in Utrecht, said he rejects the Dutch law and does not recognise its authority. 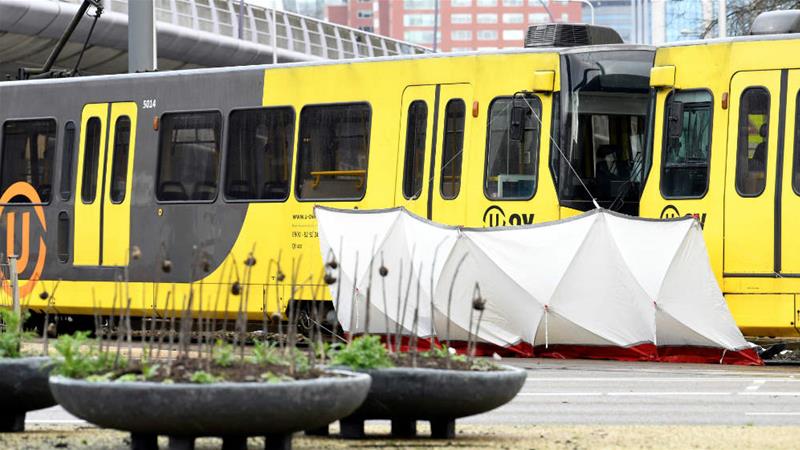 An alleged shooter on a tram in the Dutch city of Utrecht in March has said he rejects Dutch law while appearing in a local court in the Netherlands.

Turkish-born Gokmen Tanis allegedly boarded the tram before opening fire indiscriminately, killing four people, including a 49-year-old father of two children and a 74-year old man, who died several days after the shooting.

“I am not a democrat. I don’t recognise you or your court,” Dutch news agency ANP quoted the 37-year-old suspect as telling the judges during Monday’s pre-trial hearing. He said he didn’t need a defence lawyer since he had “already confessed”.

As the 37-year-old was led out of the court following the brief session, the father of one of the victims yelled: “Coward! Coward! You’re a pig.”

Tanis is believed to have acted alone in the March 18 attack. Prosecutors said they intend to charge him with four counts of manslaughter.

However, an investigation is looking into the possible involvement of others in the incident.

Prosecutors on Monday told the court they had strong indications Tanis carried out the shooting with “terrorist intent”. They cited a handwritten note recovered from the getaway car, in which they said Tanis wrote that he had committed the act “in support of Islam”.

“I do this for my faith, you want to kill Muslims and you want to steal our faith from us, but you will not succeed. Allah is great,” prosecutors quoted Tanis’s letter as saying.

Tanis will also undergo psychiatric evaluation, with prosecutors saying he is known as “a difficult person, a drug user, a repeat offender who is not open to receiving medical help”.

Tanis is set to appear in court again on July 15 as a suspect in a rape case, prosecutors said. The next pre-trial hearing in the shooting case has been set for September 23.