The 41-year-old is chairman of the Pirate Party, the Czech version of the groups that have sprung up over the past decade or so to champion civil rights and challenge corruption. Less than four months before elections, polls suggest Bartos could end up as prime minister, heading a coalition of mayors and independents to oust billionaire Premier Andrej Babis. 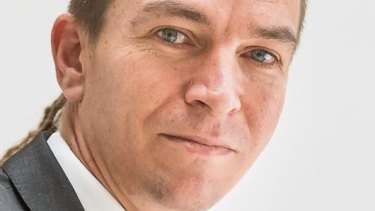 For Czechs, a Pirate victory in the October 8-9 vote would reflect an electorate that has grown weary of the pandemic and allegations of corruption and cronyism. But for the European Union, there’s broader significance: It would loosen political ties with Poland and Hungary after they clashed with Brussels over rule-of-law abuses.

“This is not a smart or pragmatic position for us,” Bartos said in an interview in Prague last week. “We’re more on the same wavelength with France and Germany, which defend core European values, freedoms, and democracy.”

The coronavirus has weakened support for governments across the region. In Poland, the Law & Justice party has been engulfed in coalition bickering that has loosened its control of parliament. Opponents of Hungarian premier Viktor Orban scored some rare victories, recently by forcing him to put plans to set up a Chinese university in Budapest to a referendum.

In the Czech Republic, Babis has been under pressure over allegations of corruption and misuse of funds, all of which he denies. The Pirate Party initiated a European Commission audit into his business deals, which found him in a conflict of interest over ownership of his conglomerate Agrofert.

We’re more on the same wavelength with France and Germany, which defend core European values, freedoms, and democracy.

For Bartos, shifting his country closer to the European mainstream is crucial, otherwise the Czech Republic could be “left behind in a slow group” of nations resisting closer political integration.

“You can’t just stomp your feet in the face of Germany and France,” he said. It’s also time to unite foreign policy, now a victim of a tug-of-war between the pro-Russian president and the rest of the administration, he said.

There’s a long way to go still. A June 6 poll showed Bartos’ coalition winning 26 per cent of the vote, followed by a group of centre-right parties. Babis’s ANO party is in third spot with 20 per cent of votes.

After the election, it’s up to President Milos Zeman to pick who will form a government. 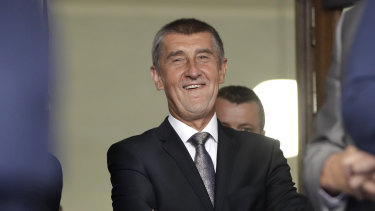 Traditionally it has been the winner of the election, but the president – a strong ally of Babis – has said he would prefer the biggest single party to have a go at forming cabinet and not a coalition grouping.

But momentum appears to be behind Bartos.

The Pirate Party won less than 1 per cent of the vote in the 2010 election under his first stint as leader. It then garnered enough support to enter parliament in 2017 with its vocal advocacy of political transparency and civil rights.

While the party hasn’t spent much of its campaign so far on explaining its foreign policy or how the country might adopt the euro, Bartos said the message is clear: embrace the EU and NATO, especially in the face of threats from Russia and China.

“Our anchorage in the EU and NATO has never been questioned within the party,” he said.