A transgender rugby player has told how he an opponent spat blood in his mouth during a women’s match.

Verity Smith, from Hull, who is transitioning from a woman to a man, was attacked on the pitch after a tackle, and had to go to hospital to get checked for hepatitis.

The 37-year-old, who has developed a full beard after taking testosterone, said after the game opposition players outed him on the internet as transgender.

He said after the incident he contacted rugby’s governing body the Rugby Football League to report the attack, but so far the culprit has not been punished. 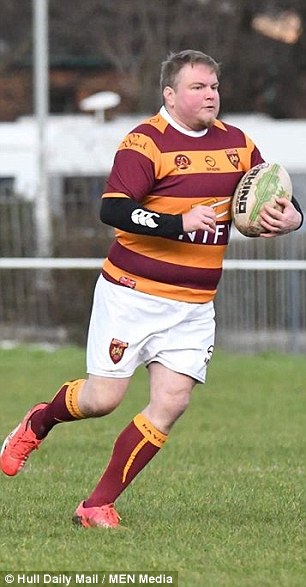 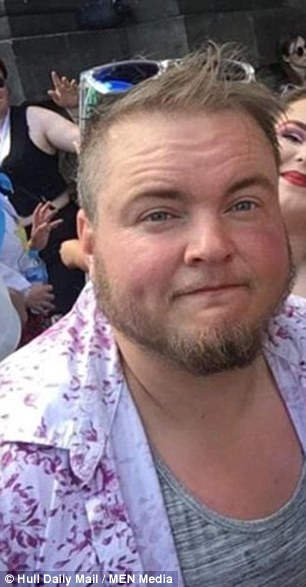 Mr Smith said: ‘My teams have been brilliant and not one person has said anything to me.

‘But it’s sometimes been hard playing small-minded teams and in November last year I got assaulted on the pitch.

‘I went in for a tackle and I handed her in the face but then she wouldn’t let go out of the tackle. She made a hocking noise and then spat blood straight into my mouth.

‘It was all I could taste and I was trying to get it out. It was heart-wrenching and I had my family there watching but luckily they had left before it happened. 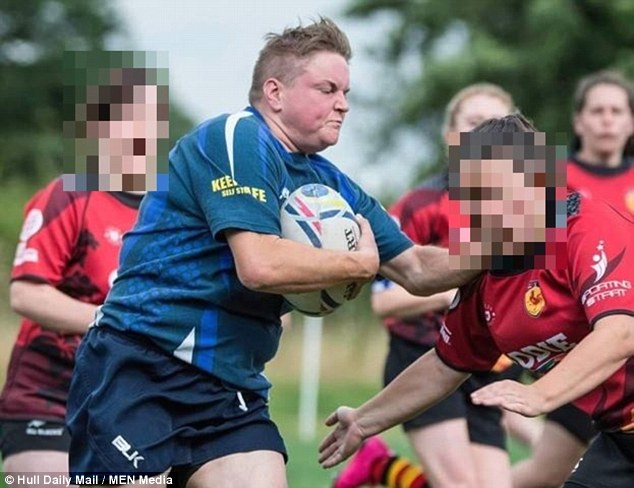 Mr Smith described the attack as  ‘heart-wrenching.’ No one has been punished for the assault

‘All I did was play the game but I had to leave the pitch on my own before going to hospital to get checked over for hepatitis.’

Mr Smith is still allowed to play for a women’s team at this stage of his transition, but he knows in the near future he will have to make the move to the men’s game.

He said: ‘I think that will be the saddest day of my life because I will be leaving everyone else who has been there for me.

‘It will be a sad day to walk out on that pitch without the ladies but it will be another challenge for me to show to other transgender people that it can be done.’ 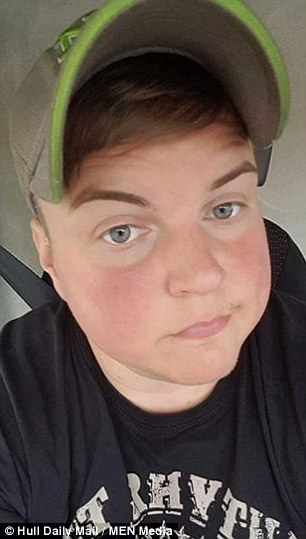 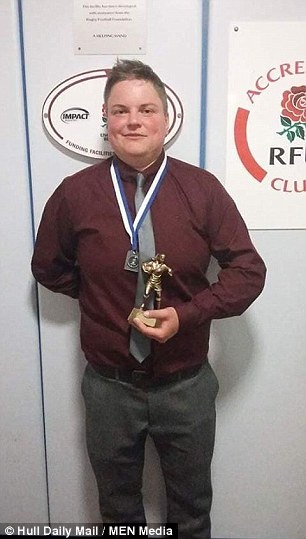 Mr Smith, pictured, is still allowed to play for a women’s team at this stage of his transition, but he knows in the near future he will have to make the move to the men’s game

He has already been offered a chance to be a part of Hull Roundheads – the city’s first gay rugby team, which will welcome all players regardless of their sexuality, race or gender.

Mr Smith lost both his parents before he was 30 years old. In tribute to his mother and father he plans to keep the name he was given at birth, even after transitioning.

He said he has always known ‘in the back of my mind’ that he was living in the wrong body.

‘My grandma realised before me and when I came out I asked her how she would feel if I didn’t have a chest anymore,’ he said. 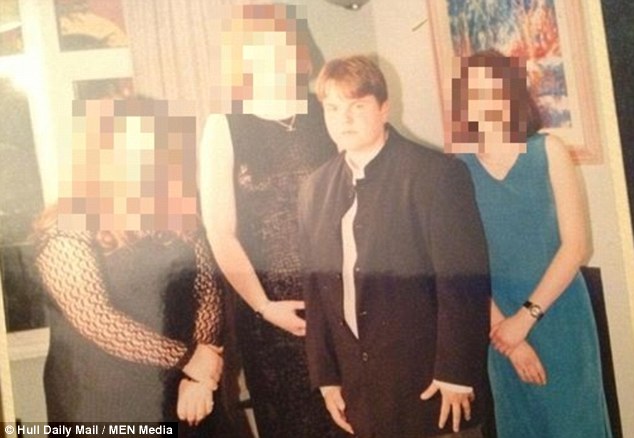 Mr Smith, pictured at his school prom before he began his transition to a man, said he has always known ‘in the back of my mind’ that he was living in the wrong body

‘All she said was ‘does that mean I have to call you Fred now?’ I’ve not lost any friends or families through it but I kept quiet for so long because of rugby.

‘That was my sport and I put my whole life on hold to play rugby. If I had transitioned at a younger age I would have had a different life but I put things on hold because of rugby.’

Mr Smith hopes his story will inspire others to not be afraid of being themselves in sport and will educate more narrow minded people about the importance of accepting people for who they are.

He said: ‘We need to accept people for who they are.

‘Everyone has a right to play sport and do what they want in life. Just because they are different they shouldn’t be stigmatised for it.

‘Spend time with them and understand that being transgender is only a small part of who they are.

‘I’ve played teams all over the UK and it was only that one day who had a problem with me having a beard. We need to get rid of discrimination and I am all about education – not discrimination.’