Transgender inmate, 26, who pleaded guilty to molesting girl, 10, in 2014 could face only SIX MONTHS after serving two years in LA juvenile detention center because woke DA refused to try her as an adult

A mentally disturbed transgender woman who pleaded guilty to sexually assaulting a 10-year-old girl in 2014 could serve as little as six months, after woke Los Angeles County District Attorney George Gascon refused to prosecute the 26-year-old as an adult for the crime committed shortly before their 18th birthday.

Hannah Tubbs identified as a male, going by James, on New Year’s Eve in 2014 when they spotted a 10-year-old girl at a Denny’s in Palmdale, California.

They followed the girl into the bathroom, held her by the throat and forced his hand down the girl’s pants. He only stopped when someone came into the restroom and he fled the scene.

Tubbs was two weeks away their 18th birthday at the time – with Gascon refusing to sentence Tubbs as an adult because the defendant was 17 when the attack took place.

On Thursday, Tubbs was sentenced to two years in a juvenile detention facility. Gascon ordered Tubbs to be held at a Secure Youth Treatment Facility (SYTF) but separated from other juvenile inmates and housed with the females in isolation.

Gascon said he was concerned Tubbs could be victimized in an adult facility as a trans woman and said a probation report recommended she be sentenced to home confinement.

Tubbs might also qualify as ‘developmentally disabled’ and has multiple mental illnesses, the LA Times reported. 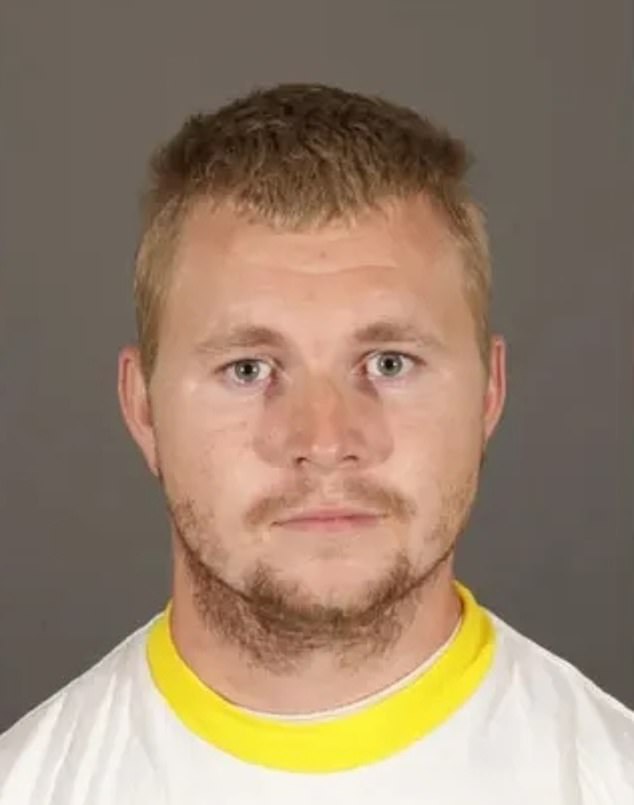 Hannah Tubbs, a 26-year-old transgender woman, was sentenced to two years in a juvenile detention facility after she pleaded guilty to molesting a 10-year-old girl back in 2014 (Pictured: James Tubbs transitioned after his arrest) 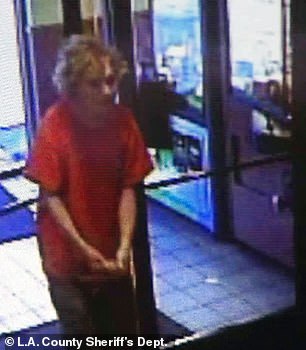 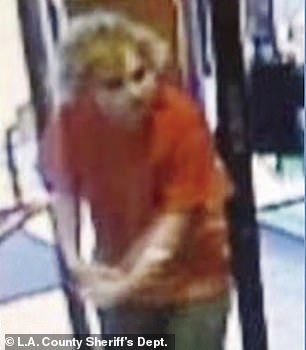 On New Year’s Eve in 2014, James Tubbs was seen on surveillance camera footage entering a Denny’s in Palmdale, California, where he sexually assaulted a 10-year-old girl. Tubbs was described as walking with a noticeable limp and was ‘holding his hands down in an odd fashion,’ according to a county sheriff’s sergeant

Two years is the maximum sentence for any juvenile in the new SYTF program over the age of 25, Deputy District Attorney Shea Sanna explained.

LA courts are required to complete quarterly progress reviews for juvenile wards. After two reviews, a judge may decided if an inmate is eligible to be released or serve a reduced sentence due to good behavior.

‘So after six months in custody, Tubbs would be eligible for a reduction in time or release’ on good behavior, Sanna told Fox News. However, the DA finds Tubbs’ chances of being released after six months ‘highly unlikely.’

Currently, there are no SYFT facilities in LA so Tubbs will eventually be housed at Sylmar Juvenile Hall after some time in county jail, the DA’s office noted.

Tubbs’ defense team has indicated that they plan to file a motion to have them released from isolation claiming it is a violation of the Constitution.

At the time, police said the suspect was a panhandler with the nickname ‘Shrink’ who frequented a nearby Chevron gas station early mornings.

He was described as an 18- to 20-year-old man, standing about 5 feet 8 inches tall, weighing about 150 pounds, ABC reported at the time.

The man walked with a noticeable limp and was ‘holding his hands down in an odd fashion,’ according to a county sheriff’s sergeant.

Tubbs then vanished, until he was arrested in Idaho in 2019 on suspicion of battery.

DNA entered into a database that matched Tubbs with the sexual assault at Denny’s, and the accused was brought back to California – by which point there were arrests, according to Fox, for battery, drug possession and probation violations in Idaho and Washington.

By this point, Tubbs had transitioned and was known as Hannah. Hannah Tubbs pleaded guilty to the 2014 crime after being charged in early 2020.

But Gascon refused to press for jail time in an adult facility, as the crime was committed while Tubbs was a minor.

‘The defendant entered an open plea to the court, leaving it up to the judge to decide what the sentence should be,’ a spokesman for Gascon’s office said.

‘Our office is seeking that he be placed in a custodial setting in a sheriff’s facility for two years.’

Gascon’s approach has sparked widespread anger, even within his own office.

Tubbs was not connected to the crime until 2019 when he was arrested in Idaho on suspicion of battery (Pictured: The Denny’s in Palmdale where Tubbs attacked a 10-year-old girl) LA County Deputy District Attorney Jon Hatami, a prosecutor and supporter of the movement to recall Gascon, said Tubbs was too dangerous to be in the juvenile system.

‘This was done with limited guidance and no concerns for public safety,’ Hatami said speaking of California’s system to handle violent juveniles.

‘This clearly shows you the dangerous aspect of the blanket policies of George Gascon,’ he said.

‘Under George Gascon’s ‘reforms,’ a 26-year-old admitted child molester is being housed with juveniles,’ Hatami said. ‘She may be released early, back into the community, with no sex registration. Only innocent victims and the public suffer because of George Gascón’s so-called ‘progress.’

‘This is not somebody who should appear in the juvenile system.’

‘The DA is trying to distance himself from this result and lay blame on the judge when in fact, it’s only happened because of his policy against transferring juvenile cases to adult court,’ said McKinney.

‘Two years is a pathetic outcome for man who is a career criminal with felony convictions in multiple states and who committed forcible sexual assault on a 10-year-old girl in a Denny’s bathroom.

‘What is happening is our district attorney is ushering him right out the door, back onto the streets of this county and God knows where else he might roam.

‘It’s madness, it makes a mockery of our criminal justice system.’ 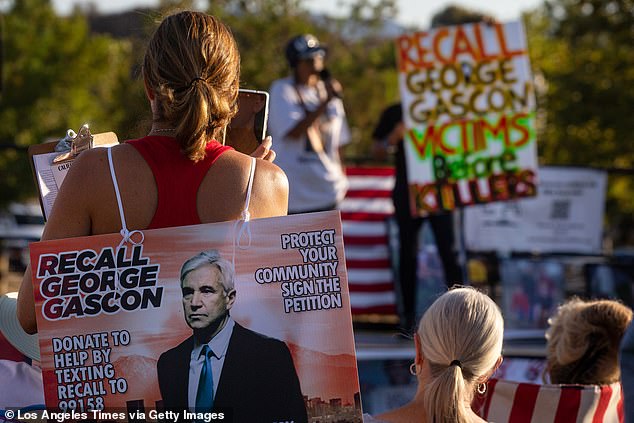 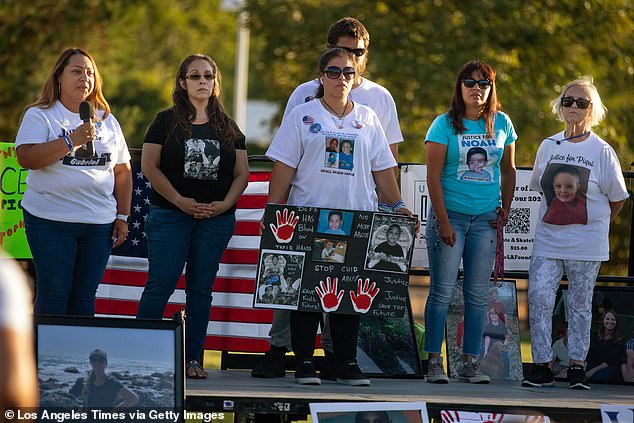 Kathryn Barger, on the board of supervisors for Los Angeles County’s Fifth District, said the family of the young girl attacked by Tubbs deserved justice.

‘It’s useless to catch criminals like Hannah Tubbs if we don’t follow through and seek justice for victims such as the 10-year-old girl she sexually assaulted,’ said Barger.

‘She bears the burden of a lifetime of trauma.

‘[Tubbs] will be offered therapeutic interventions under the auspices of ‘restorative justice’ … and possibly granted only probation or parole.

‘Where is the justice for her young victim and her family?’

Lt. Richard Ruiz with the LA County Sheriff’s Special Victims Unit – the same unit that investigated the Tubbs case in 2014 – told Fox his department is outraged.

‘I would ask the public to reach out to Mr Gascon and express their concerns and their outrage on a matter such as this involving a sexual predator,’ he said.

Gascon was elected to the DA’s office in November 2020 campaigning on a reform agenda when he successfully unseated incumbent DA Jackie Lacey.

But last spring, victims rights advocates joined Sheriff Alex Villanueva in launching a bid to recall the against newly-elected DA.

The protests did not end Gascon’s recall but protestors’s anger has not been subdued. This month LA residents were granted permission to launch a second bid to recall the ‘soft-on-crime’ DA.