Heartwarming moment mother of 17-year-old student killed in a car crash 10 years ago meets the schoolgirl, 12, whose life was saved thanks to her daughter’s liver

A heartbroken mother who honoured her teenager daughter’s decision to donate her organs after her tragic death has met the little girl she helped to save.

Lindsey Adderson had been out walking in June 2008 when she got a call to say her daughter Jessica, 17, had been involved in a car crash in their home county of Derbyshire.

‘The pub told me Jessica had been involved in a very bad car crash, and said I had to come immediately,’ 50-year-old Lindsey told The Daily Post.

‘I’ll forever remember Jess running through a field in her pyjamas, jumping on a trampoline, and singing in the shower in the morning,’ said her mum.

‘But also her kindness; she always thought of others before herself.’

The teenager, who was studying A-levels and hoped to become a journalist was killed at the scene. 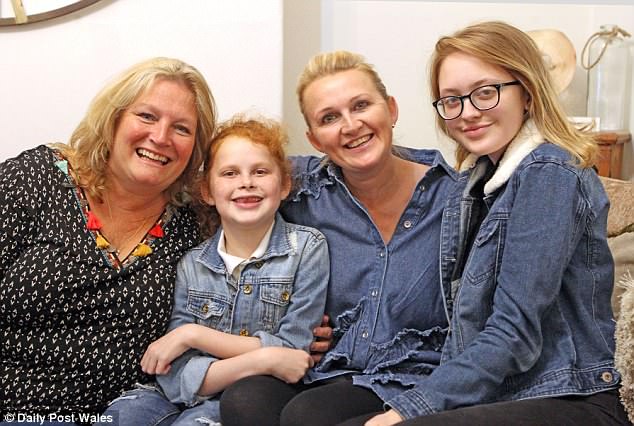 Two families have bonded over one daughter saving another. Ella Noon was able to live after Jessica Iddon donated her liver. From left: Lindsey Adderson, Ella Noon, Andrea Noon and Lydia Noon

On the same day, a decade ago, Andrea Hughes, who was living in Kinmel Bay was called to say there was a potential donor for her two-year-old daughter Ella Noon.

Crying as she packed her daughter Ella into the car, along with her elder sister Lydia, the mother raced to Birmingham Children’s Hospital.

‘Ella was very ill at the time, and we had been told she may not make it to Christmas if she didn’t get a new liver,’ said Andrea, 43.

‘When the hospital phoned me that they may have a match, I could hardly take it all in.

‘My immediate thought was that a family had lost a loved one and I just burst into tears because I was so overwhelmed.’

Before 10am Ella was being prepped for surgery.

Andrea said: ‘She looked so tiny and, when I said goodbye to her, I was terrified I’d never see her alive again.

‘They warned me that it was going to be a very difficult operation.’

Jessica had made the decision to sign up for the organ donor register just six weeks before she died.

Her mother, respecting her wishes, agreed for her organs to be donated and through stem cells, kidneys and lungs she saved five lives.

Andrea wrote to Jessica’s parents but mother Lindsey was too heartbroken to respond.

Ella, who named her liver ‘Jess’ after she was told the name of her donor, was given a new lease of life and went on to win four medals at the 2014 Transplant Games.

Organ Donation Charity shared a letter on Facebook that Ella wrote in 2015, thanking Jessica’s family for giving her the gift of life.

Lindsey researched Ella online and found the family lived around 100 miles away. Linsdey, a business owner, decided to get in touch.

‘An article by the Daily Post popped up about Ella’s success at the Transplant Games, and my heart almost stopped when I saw she had red hair just like Jessica’s,’ said Lindsey told The Post.

‘My mother, who was travelling with us, burst into tears when she saw Ella’s picture as she looked a lot like Jess.’

The two families met after weeks of talking online and little Ella jumped into Lindsey’s arms.

She now calls her her ‘donor mum’.

Since meeting they have spent a Christmas together and visited Benllech in Anglesey, which Jessica loved. 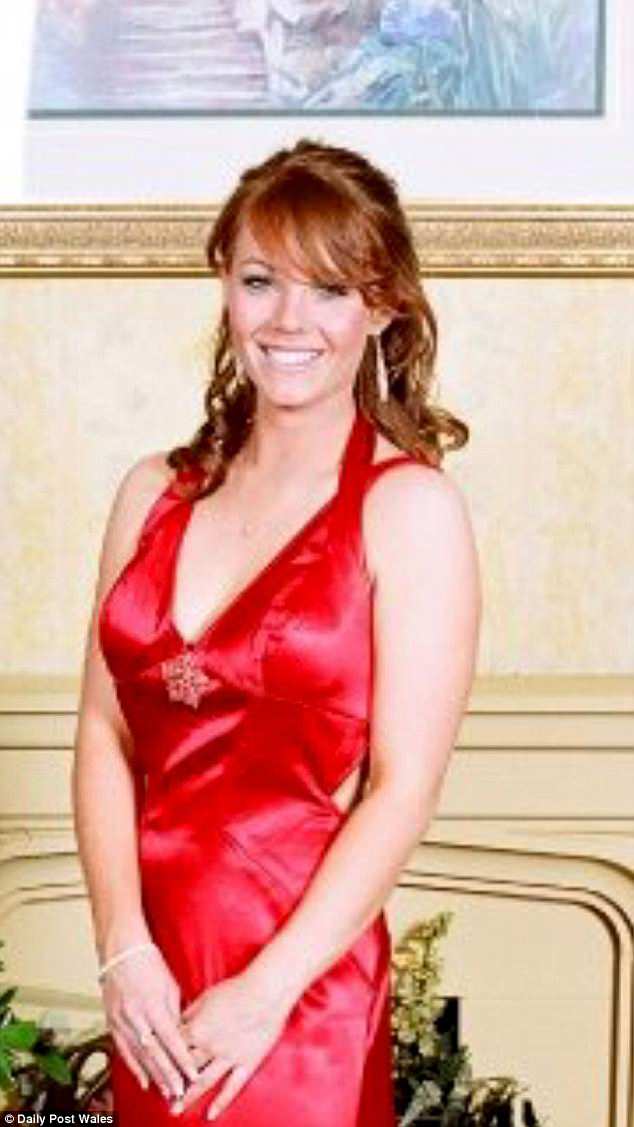 Lindsey said: ‘When I was watching Ella play with my son Callum on the beach in Benllech, it felt amazing because my daughter saved her life.

‘Andrea could have been another grieving mother like me, but thank God she’s not. There’s a part of my daughter in Ella.’

She continued: ‘Not everyone agreed with me that I should have donated Jess’s organs.

‘Even my mother was upset about it, but now she’s completely come around and Ella calls her Nana. She has gained a new family.

‘People have asked me if I see Ella as a replacement, but no one can ever replace Jess. She was totally unique.

‘I’m so glad that Andrea, Lydia and Ella are in our lives. We even spend Christmas together. At least something good came out of that terrible day in June.’

Ella will mark the decade since her transplant by climbing Snowdon to raise awareness for organ donation.