Two travellers who wrecked historic Thwaites brewery with 100-strong mob after owners rejected £20,000 demand to move their caravans are jailed for total of eight years

Two travellers who led a 100-strong mob on a £300,000 wrecking spree at an historic brewery have been jailed for a total of eight years.

A convoy of up to 30 caravans and 100 Travellers entered Thwaites Brewery in Blackburn, Lancashire, last May after a padlock was cut at the yard entrance and the security guard was thrown out.

Thomas Ward, 44, then led negotiations with Thwaites bosses for the group to leave the brewery, but only if £20,000 was paid in return. 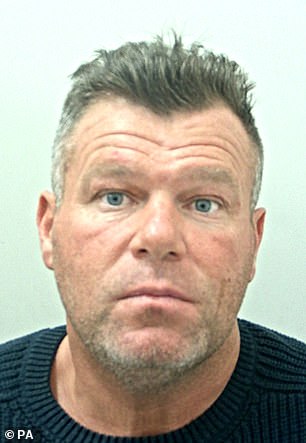 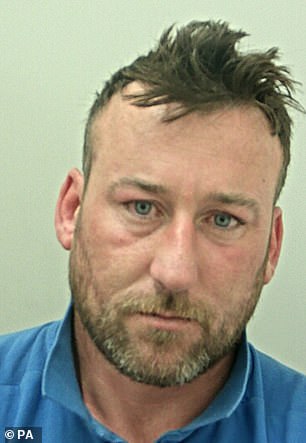 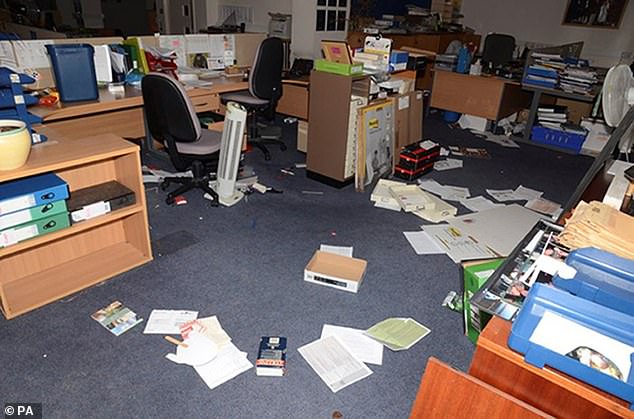 The travellers caused an estimated £313,000 worth of damage to Thwaites brewery (some of which is pictured) after bosses refused to hand over £20,000

Burnley Crown Court heard that management was able to find £10,000 at short notice, but when that amount was offered they were told by Ward to ‘f*** off’ and warned ‘not to insult them’.

As the negotiations became more protracted, the Travellers then caused an estimated £313,000 worth of damage to the premises when Ward realised he was not going to get £20,000.

Staff and police finally gained full access to the Penny Street brewery on May 28, and the Travellers left later the same day under police escort – with some vehicles ‘heavily laden down with items’, the court heard.

Among items stolen were four-and-half tonnes of copper cabling – along with televisions, computer equipment, cash, port, wine and spirits.

Police raids took place on June 26 in Levershulme Park in Bolton, where a search of Ward’s caravan uncovered £1,725 in cash and a Samsung phone containing images of a newspaper article and a TV bulletin on the Thwaties incident. A fourth defendant, Patrick Ward (pictured), 32, remains at large after he was convicted of the conspiracy offences in his absence

Sentencing Thomas Ward to four years and three months in jail, Judge Andrew Woolman said: ‘A conspiracy was formed to steal what was available and to cause a considerable amount of damage on the way.

‘It is clear that a considerable amount of wanton vandalism was carried out and some of the beer on the site had to be thrown out because of the risk of contamination. That was an unpleasant end to 200 years of brewing on that site.’

Thwaites had been due to move to a new complex in Lancashire around 12 weeks after the incident, but was forced to terminate operations early.

The court heard the firm’s chief executive Richard Bailey was ‘extremely stressed’ and felt ‘powerless’ at the time in the face of the increasingly aggressive behaviour by the Travellers.

Thomas Ward, from Leigh, pleaded guilty at an earlier hearing to blackmail, conspiracy to burgle Thwaites and conspiracy to commit criminal damage.

While John Ward, 34, also from Leigh, admitted conspiracy to burglary and commit damage and was jailed for three years and nine months.

A 17-year-old boy, who cannot be named for legal reasons, will be sentenced at youth court for the conspiracy offences at a later date.

A fourth defendant, Patrick Ward, 32, remains at large after he was convicted of the conspiracy offences in his absence. 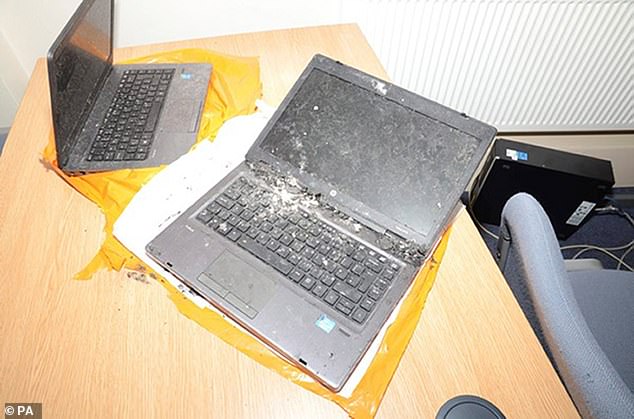 Among the items damaged at the brewery were a number of laptops (pictured). The incident brought an end to 200 years of production at the site 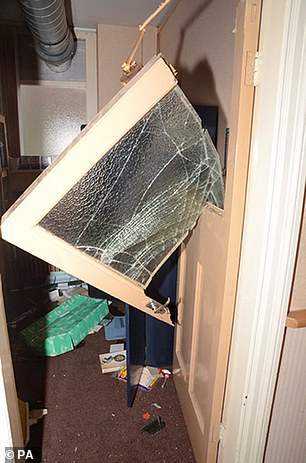 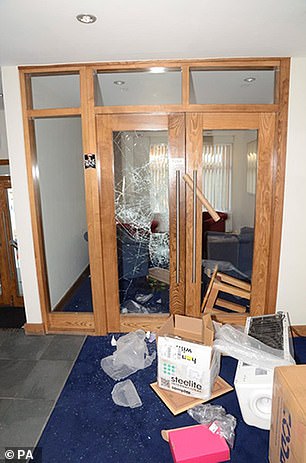 Doors were smashed, and electricals were thrown to the floor in the incident. Thwaites had been due to move to a new complex in Lancashire around 12 weeks after the incident, but was forced to terminate operations early

Following sentencing, Superintendent Andrea Barrow, of Blackburn Police, said: ‘Lots of work went on behind the scenes to ensure we traced the right people, arrested them and gathered enough evidence to secure convictions.

‘The conspiracy charges demonstrate the seriousness of the offences that were committed.

‘We know how much upset this incident caused to the people of Blackburn and Lancashire as a whole.

‘We’re sorry if people felt we could have done more at the time, but we hope that the quality of our investigation and our determination to put those responsible behind bars will have gone some way towards allaying the concerns of the community.

‘We generally have good relationships with the travelling community and the level of destruction and damage caused to the site is not reflective of the behaviour of all Travellers.

‘We know other people were involved who haven’t yet appeared before the courts and so our investigation continues to ensure we trace them and bring them to justice also.

‘If you know anything that could help, please get in touch.’