A TROPHY hunter posed with a bloody giraffe heart which was cut out of the beast she shot. 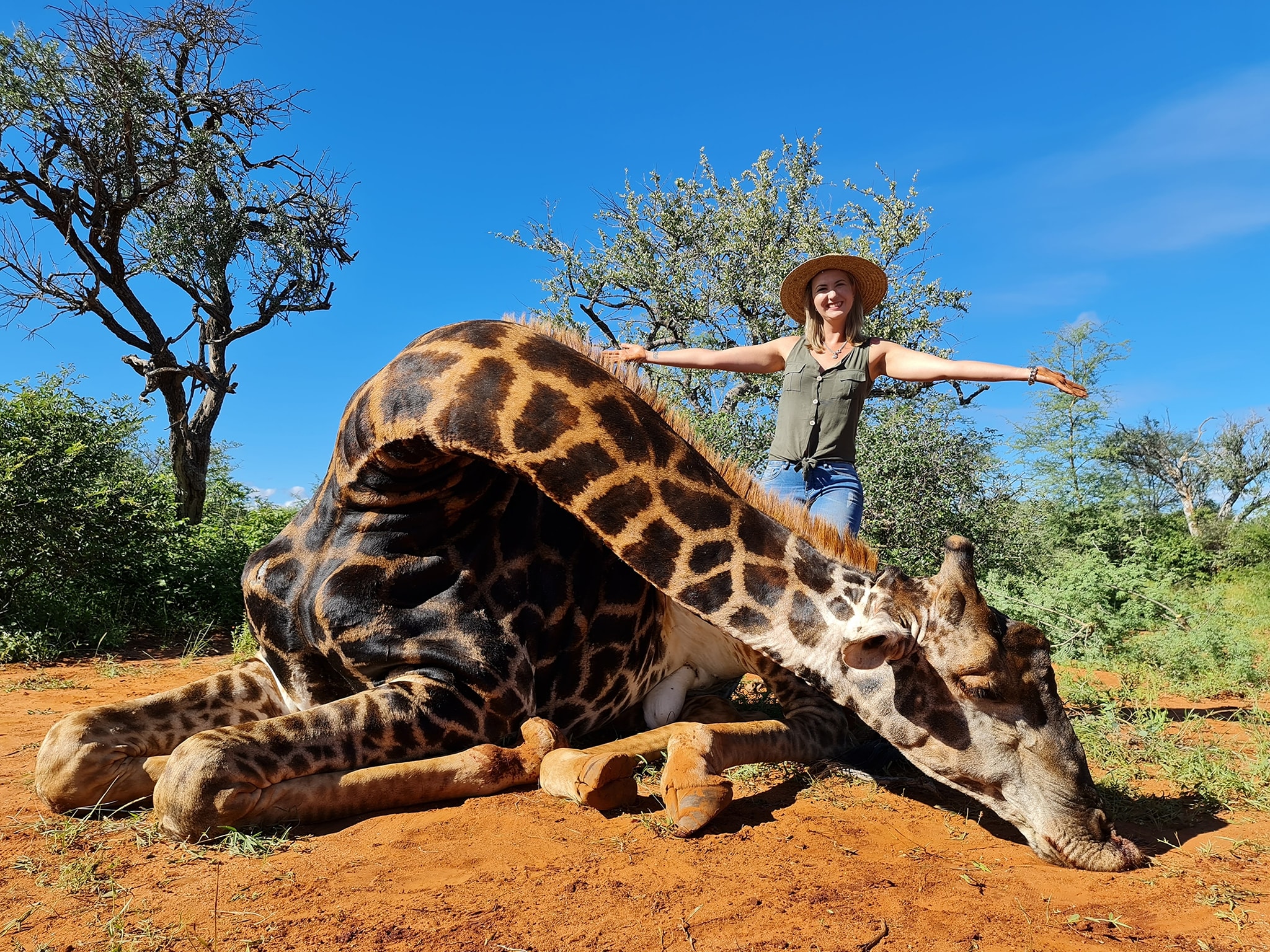 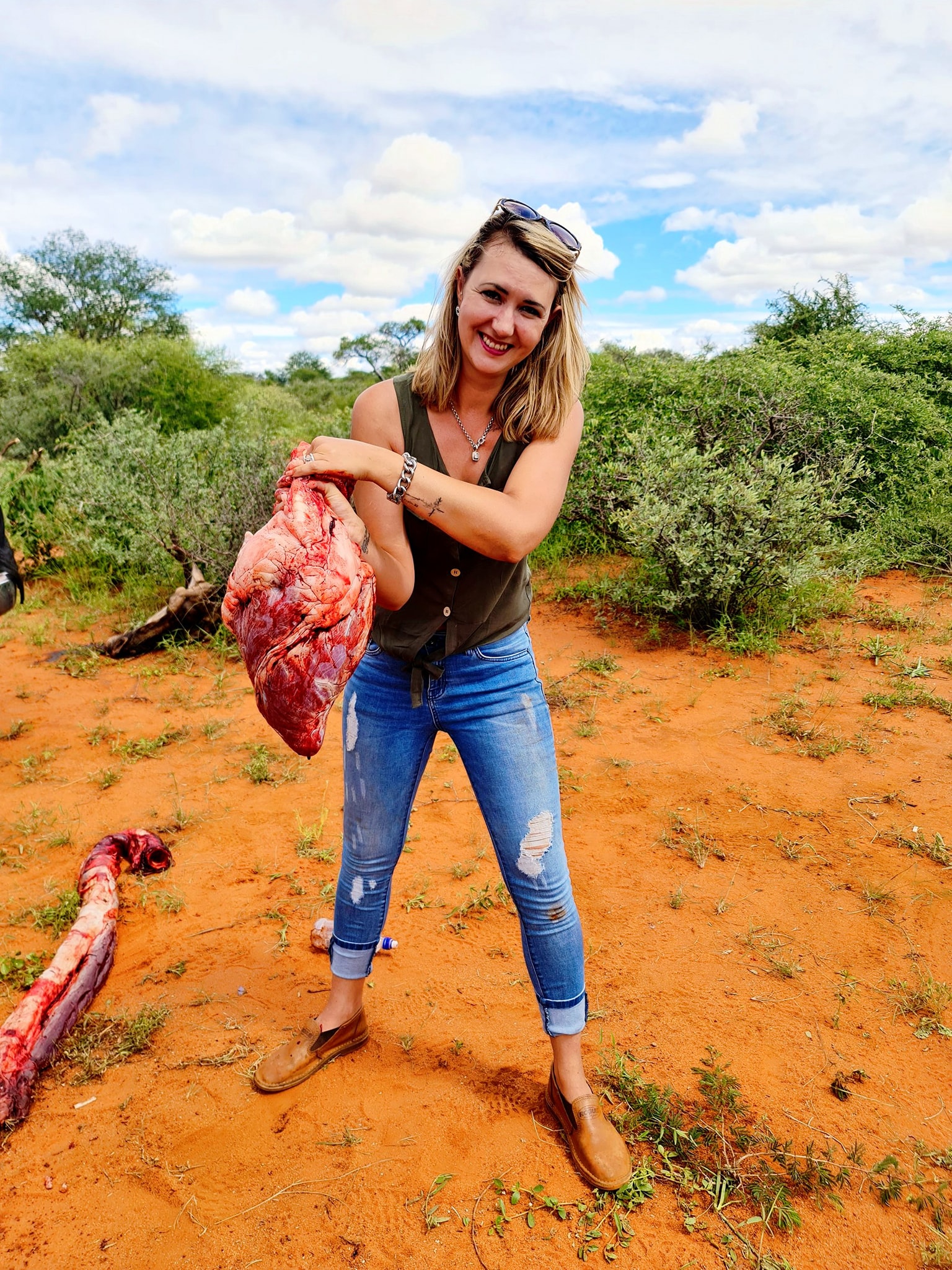 She boasted how her "wonderful" husband paid £1,500 for her to kill an old giraffe at a game park.

She captioned the picture: "Ever wondered how big a giraffe's heart is? I'm over the moon with my big Valentine's present!!!"

It sparked outrage among animal rights activists who said it was plain "cruel" and branded her a "sociopath".

But Merelize argues her kill actually helps save threatened species in South Africa.

The defiant mum told The Mirror she calls animal rights groups "the mafia" and has "no respect for them". 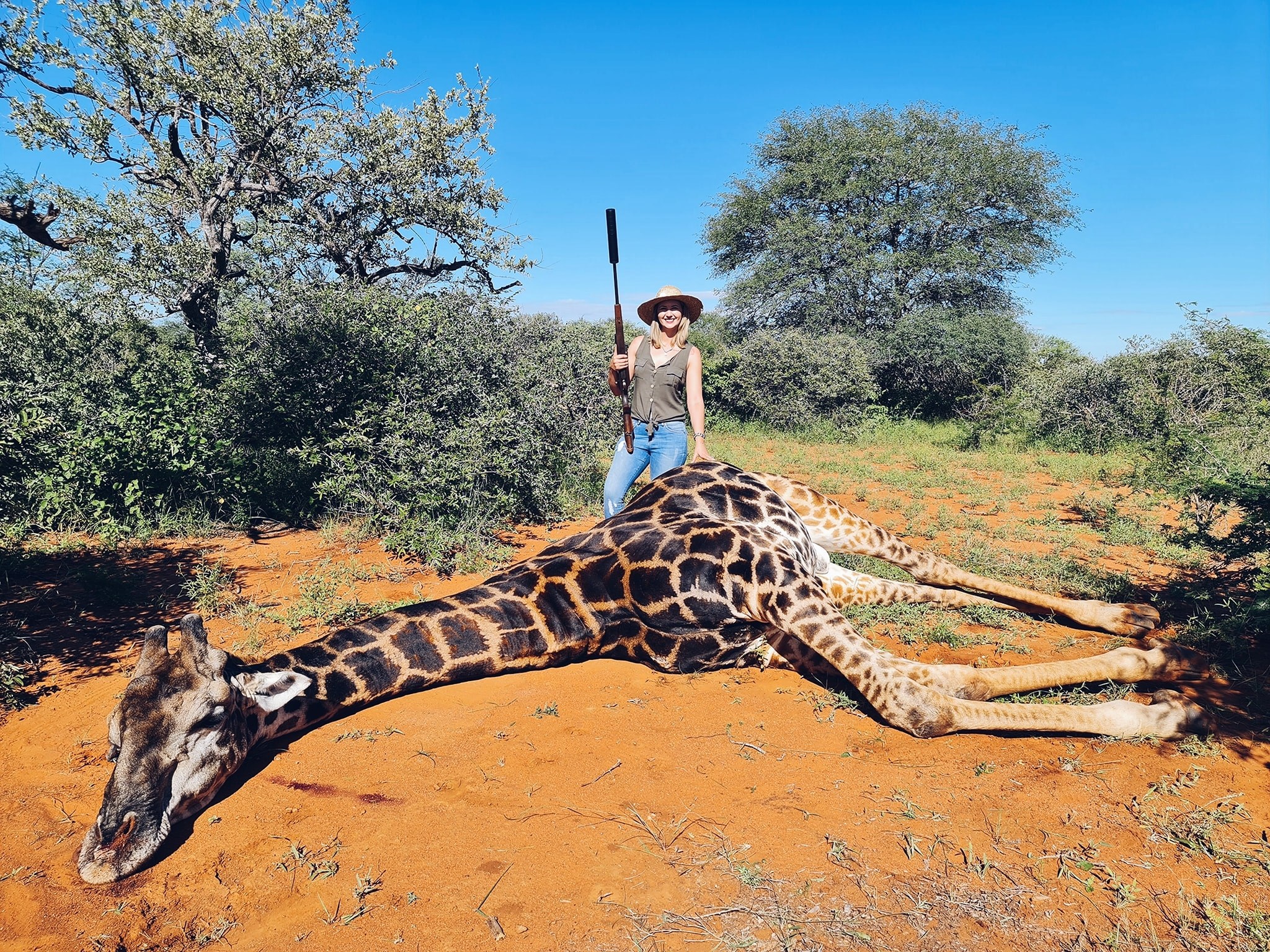 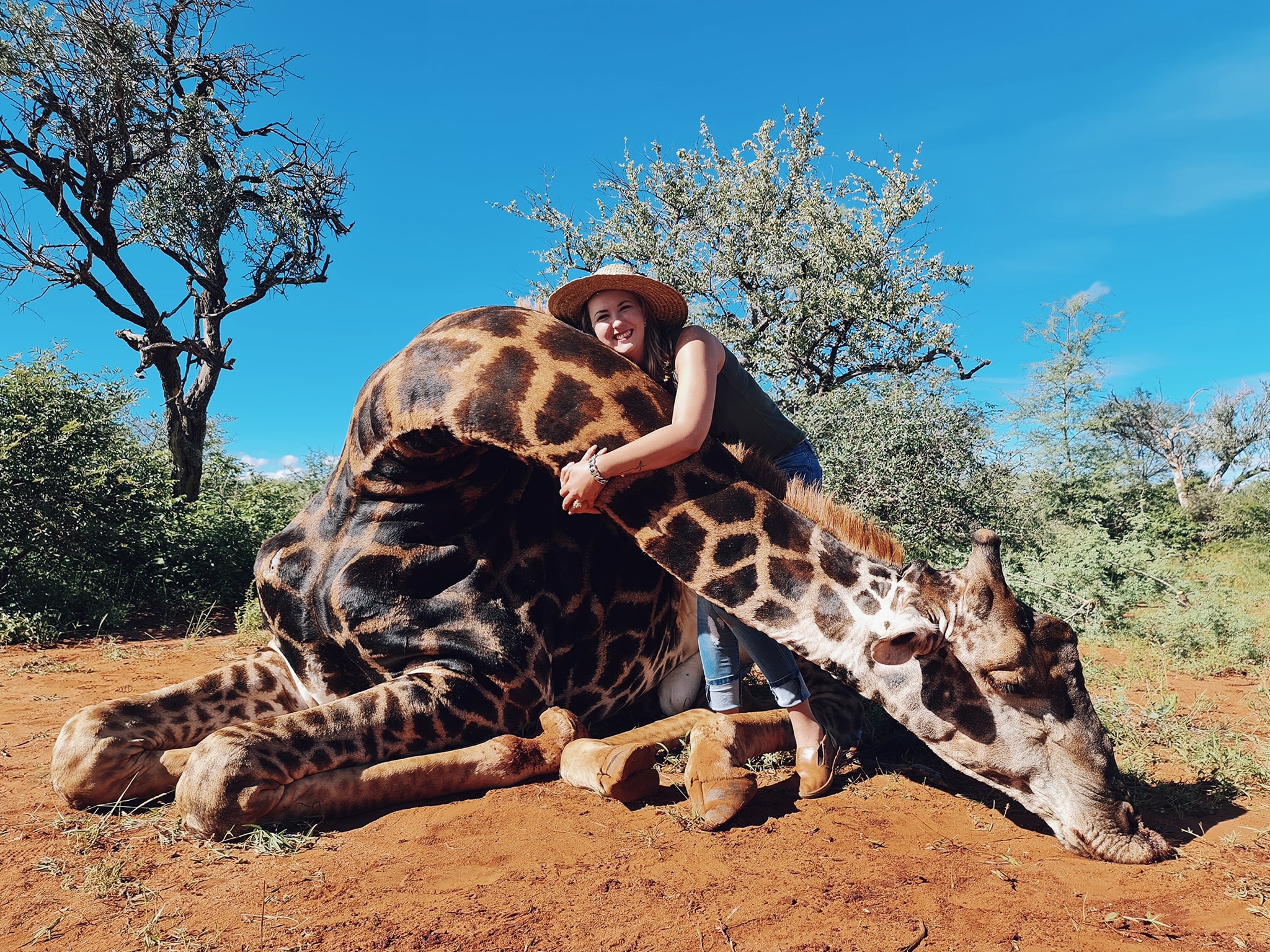 The couple had been planning a Valentine's trip to the resort of Sun City but they "quickly" changed their plans when the opportunity to shoot a giraffe came up.

Merelize said: "I'd waited years for my own perfect bull – the older a bull gets, the darker he gets.

"I love the skin and the fact it's such an iconic animal for Africa.

"Our plans changed quickly. My wonderful husband Gerhardt knew this was my dream.

"I was like a child for two weeks, counting the days. Afterwards I was flooded with emotions."

She plans to use her 17-year-old victim's skin as a rug. 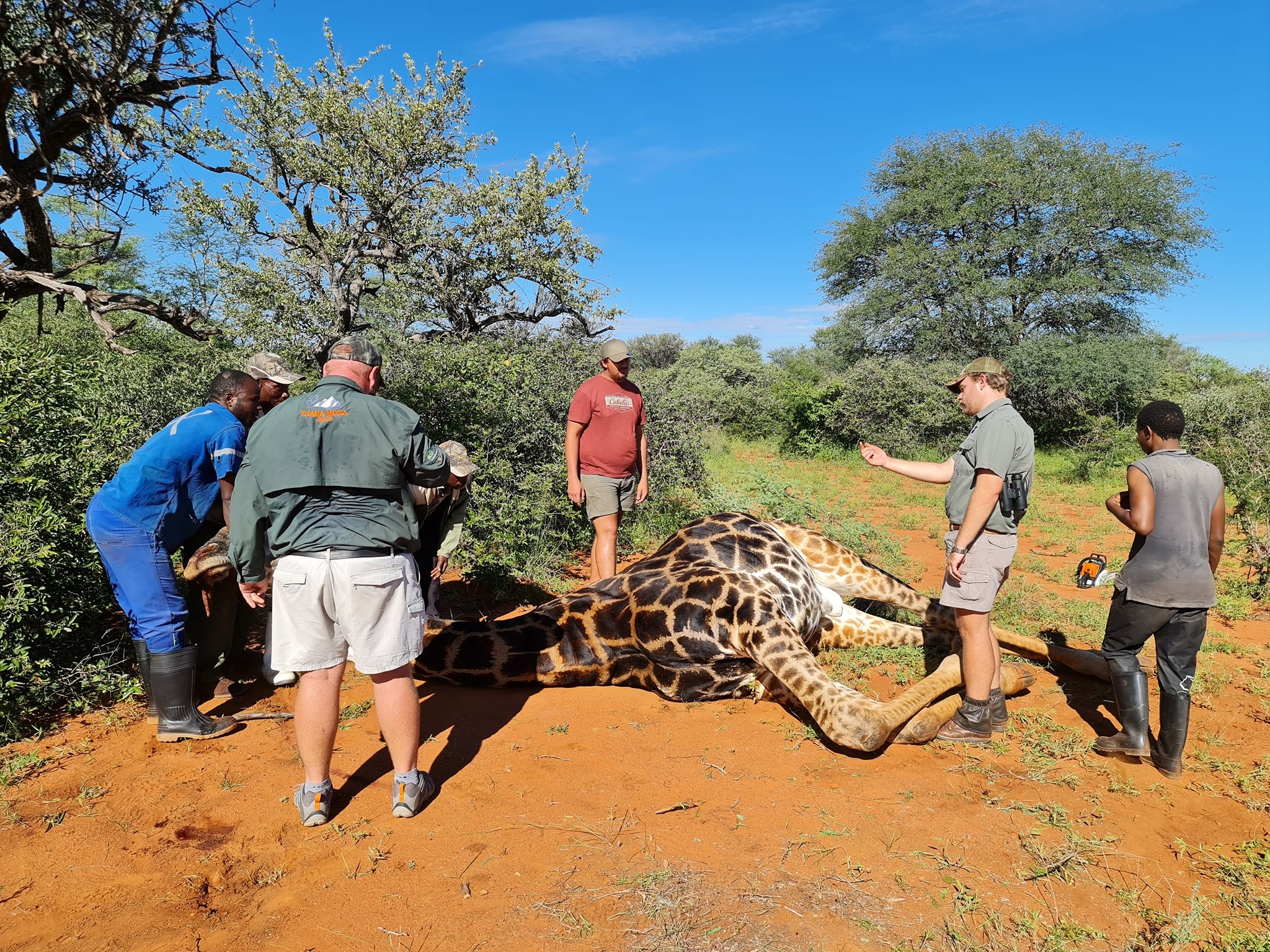 Merelize, who runs a citrus farm in northern South Africa, claimed she "created work for 11 people that day" and "a lot of meat for the locals".

She also said the animal's death will create an opportunity for a new bull to "take over and provide new strong genetics for the herd".

And Merelize – who started hunting aged five and has killed 500 animals including lions, leopards and elephants – even says she shared the snap to taunt the activists.

She added: "If hunting is banned, animals will become worthless and will disappear.

"Hunting has helped bring back a lot of species from the brink of extinction. The only people protecting these animals are trophy hunters."

"Trophy hunting is not a conservation tool, nor does it contribute significant funds to local communities."

And Elisa Allen, of People for the Ethical Treatment of Animals, said: "Someone who kills another sentient being, cuts out their heart, and boasts about it fits the definition of a sociopath.

"One day, trophy hunting will be listed as a sign of a psychiatric disorder, as it should be today.

"It is grandiosity, serial killing, and bloodlust paired with a burning desire to show off."