Tropical Depression Fernand is the second potentially dangerous system to gather steam in the Atlantic, just one month after the region was “unusually quiet”. Storm Dorian is currently swirling through the Bahamas at a snail’s pace, bringing death and destruction in its wake. Residents of the island nation recorded storm surges rising above two stories, and winds are topping 105mph. Tropical storm Fernand is somewhat weaker than its predecessor, but could still bring damaging conditions to the Gulf of Mexico.

The National Oceanic and Atmospheric Administration (NOAA) is tracking both Fernand and Dorian as they move through the Atlantic Ocean.

Dorian is currently thrashing at the US east coast, where it is towering over Georgia and the Carolinas.

Maximum wind speeds are 105mph, dwarfing Tropical Storm Fernand at 35mph, but the weaker storm could still wreak havoc on the Gulf of Mexico. 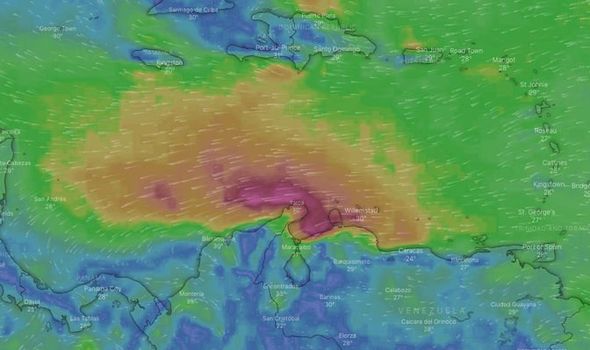 “The depression is moving toward the west-northwest near 9 mph (15 km/h).

“This general motion is forecast to continue through tonight.

“Maximum sustained winds have decreased to near 35 mph (55 km/h) with higher gusts.

“A steady decrease in winds is anticipated and Fernand will likely dissipate tonight or early Thursday.” 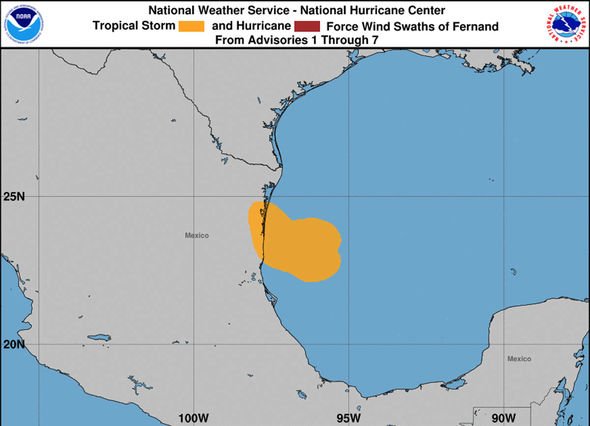 Although it is tipped to dissipate soon, Fernand comes with a slew of risks which could endanger both the US and Mexico.

Currently, the National Hurricane Centre (NHC) has warned the main risk from the storm is wind and rain.

Heavy rainfall is forecast in Northeast Mexico, Northern Nuevo Leon and Southern Coahuila, and South Texas and the Lower Texas Coast this Friday.

Here, rainfall totals are from 2 to 12 inches, with maximums of 12 to 18 inches in Tamaulipas and Central/Southern Nuevo Leon. 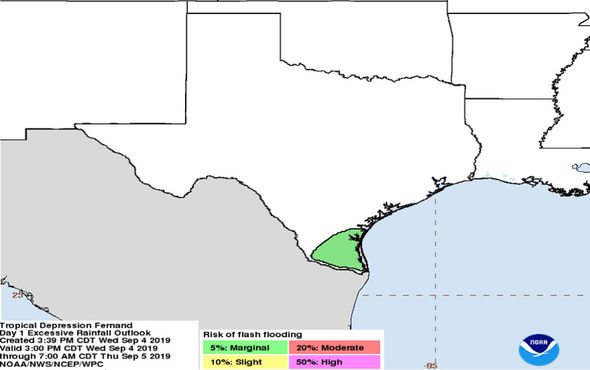 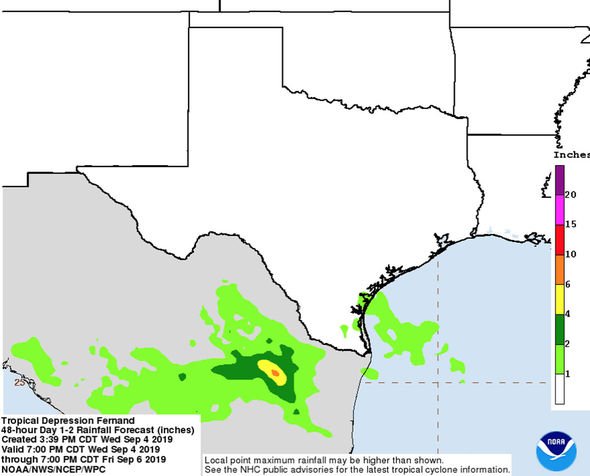 The intense rainfall could cause both “life-threatening” flash floods and mudslides.

The NHC has also warned “tropical storm force” winds – wind speeds of 39 to 73mph – are possible in the vicinity of the storm.

They also said a “tornado or two” is possible in southwest Texas tonight.