The storm is expected to strengthen into a hurricane on Saturday, threatening to disrupt relief and rescue efforts. 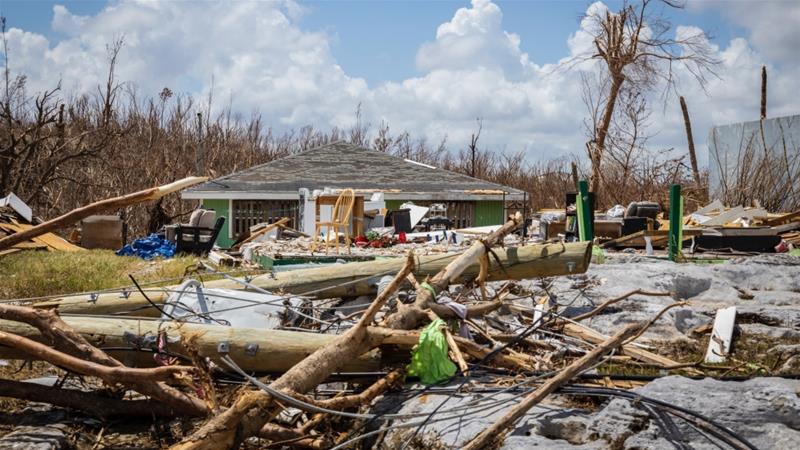 Tropical Storm Humberto is threatening to disrupt search and rescue efforts in the Bahamas where 1,300 people are still missing following Hurricane Dorian.

The storm is expected to strengthen into a hurricane, moving very near the northwestern Bahamas on Saturday, before shifting to offshore Florida after the weekend, the Miami-based National Hurricane Centre (NHC) said.

A tropical storm warning is in effect for the northwest Bahamas, excluding Andros Island.

The announcement from the NHC came after it had warned early on Friday that a strengthening tropical depression was heading for the same islands hit by Dorian last week.

Grand Bahama and Abaco – in the path of the strengthening weather system, according to Bahamian forecasters – were among the worst-hit by Dorian.

The Bahamian National Emergency Management Agency (NEMA) confirmed the death toll had risen to 52 following Hurricane Dorian, although officials have said they expect it to rise significantly.

Former Prime Minister Hubert Ingraham said earlier this week he feared the final death toll could be in the hundreds.

Smith warned the storm could have an impact on relief and recovery efforts on the islands.

“The weather system will slow down logistics,” Smith told a news conference in Nassau. “Fuel and water remain the biggest needs in Abaco.”

Humberto was generating 64 kilometres (40 miles) per hour winds, the NHC said, and was expected to become a hurricane in two or three days.

Winds of up to 100km/h (60 mph) were expected and heavy rainfall could bring some flooding to the already saturated islands, said the Department of Meteorology’s Director Trevor Basden.

Reporting from the capital, Al Jazeera’s Alan Fisher said that residents waiting to return to their homes were worried that the storm would hit the two islands that suffered the most during Hurricane Dorian.

“Hurricane Dorian might actually help out in that situation because it churned out the waters so much, it’s dropped the sea temperature by three or four degrees,” he said.

“That means that the storm that is headed at those two islands isn’t as strong as it could be. People on the islands are taking precautions. The prime minister says people there are ready; there are already temporary shelters and the government is in place, ready to do what it can,” Fisher said.

The announcement that yet another storm would lash the Bahamas came as UN Secretary-General Antonio Guterres warned of the dangers of climate change during a visit to the hurricane-battered archipelago.

Guterres said in a tweet he had come to the Bahamas “to express my solidarity with the Bahamian people” and “ways we can continue supporting them”.

He said 75 percent of all buildings had been destroyed in some areas by Dorian, a Category 5 storm.

“Hospitals are either in ruins, or overwhelmed,” Guterres said. “Schools have been turned into rubble. Thousands of people will continue to need help with food, water and shelter.”

He said the hurricane demonstrated the need to address climate change.

“In our new era of climate crisis, hurricanes and storms are turbo-charged,” Guterres said. “They happen with greater intensity and frequency – a direct result of warmer oceans.

“Science is telling us: this is just the start. Without urgent action, climate disruption is only going to get worse. Every week brings news of climate-related devastation.” 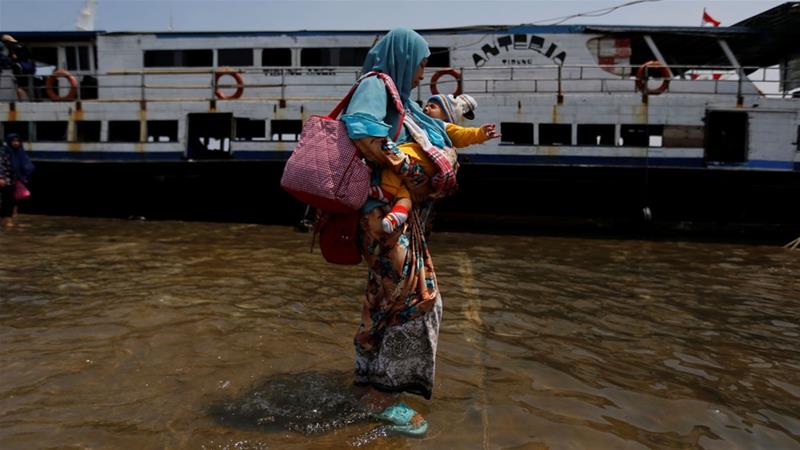 Can our cities survive climate change?