Tropical Storm Humberto: Will the treacherous storm become a hurricane as it slams US?

The National Oceanic and Atmospheric Administration has forecast that one of the disturbances it is currently monitoring across the Atlantic Ocean will likely intensify into a tropical depression or tropical storm today. During the 2019 Atlantic hurricane season there have been eight tropical depressions, seven storms, two hurricanes, one of which was a major hurricane resulting in more than 50 deaths. The Bahamas and the southeastern coast of the United States is still recovering from the ferocious damage Hurricane Dorian unleashed last week, but now another storm is headed straight for the same area. But will tropical storm Humberto become a hurricane by the time it reaches the US?

It is estimated that so far this hurricane season more than $7.983billion (£6.47bn) in damage has been caused.

This week, the climatological peak of the hurricane season passed, meaning that the busiest time for storms was reached.

But now, the National Hurricane Center has said there could be plenty more storms for the remainder of the season. 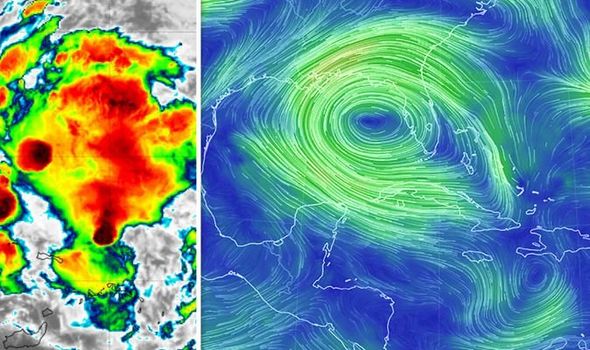 One of the biggest systems currently being monitored by the NOAA is a disturbance in the Atlantic Ocean, currently located near to the Bahamas and Florida.

According to the 2pm EDT (7pm BST) update from the NOAA, satellite images have captured an area of “disturbed weather” over the central and southeastern Bahamas.

The system is gradually becoming better organised while surface pressures are falling in the area.

The NOAA advisory reads: “Satellite derived winds and surface observations indicate that the disturbance in the Bahamas has not yet developed a closed circulation, and that the winds are not strong at this time. 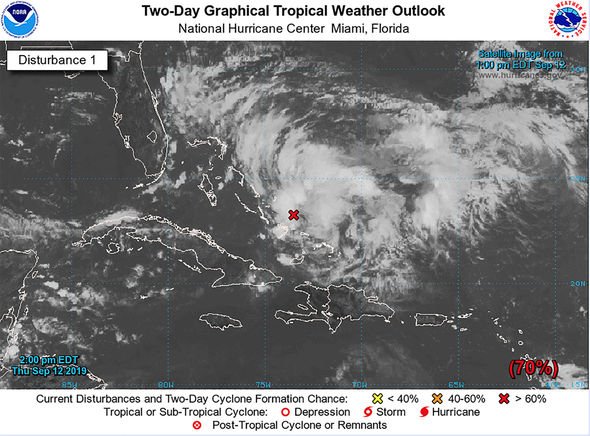 “However, surface pressures remain low and environmental conditions are favourable for a tropical depression or tropical storm to form within the next day or two as the system moves toward the northwest at 5 to 10 mph through the northwestern Bahamas and toward the Florida Peninsula.

“Potential Tropical Cyclone advisories could be needed later today or Friday, and interests in the central and northwestern Bahamas as well as Florida should monitor the progress of this disturbance.

“Regardless of development, this disturbance will bring heavy rainfall and gusty winds to portions of the Bahamas through Friday, including areas of the northwestern Bahamas affected by Hurricane Dorian.

“An Air Force Reserve reconnaissance aircraft is still scheduled to investigate the system this afternoon.” 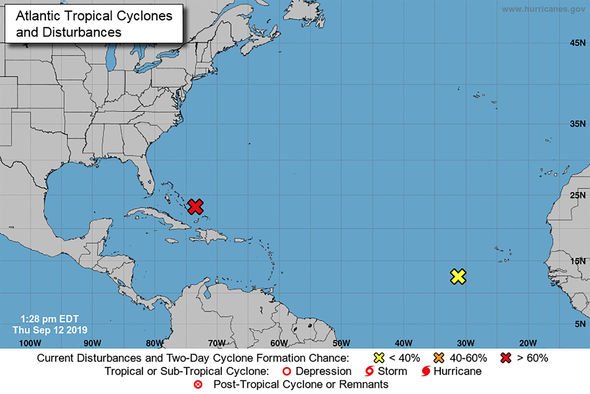 “When the surface low develops, we’ll see where it goes. Some of the better computer simulations are having it forming on the southern side.”

Forecasters are waiting to see where a surface low forms, creating the tropical cyclone, to determine its a track. 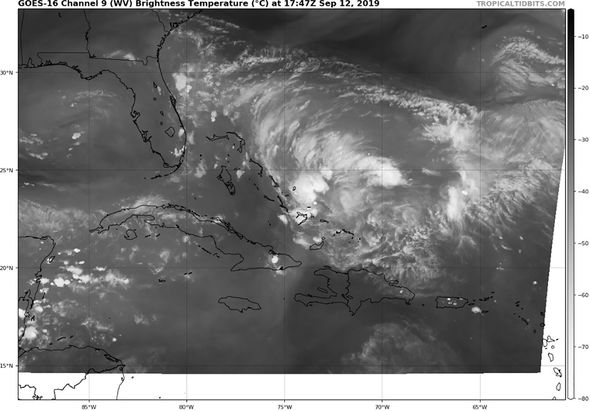 However, projections suggest it will develop in the north and track towards the east coast of Florida.

Whereas formation on the southern side would likely mean the storm would pass over the Florida Straits and into the Gulf of Mexico.

If the disturbance’s storm remain less than 39mph, it will become a tropical depression.

However, if winds strengthen, as is the current pattern to push wind speeds to more than 39mph, it will become tropical storm Humberto. 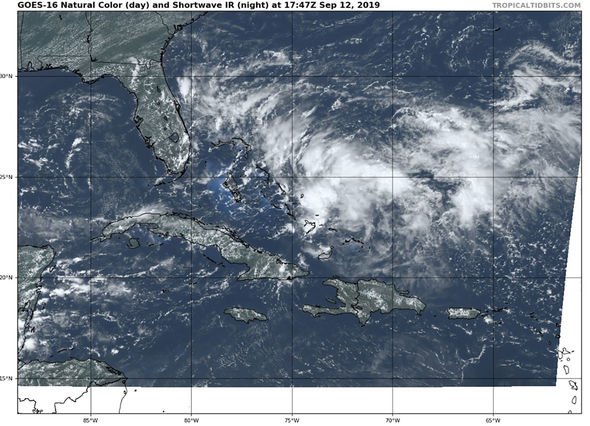 As of Thursday morning, sustained winds were about 30mph, with ship traffic in the Atlantic reporting tropical storm-force wind gusts in some of its stronger squalls.

The system will travel across the warm gulf waters which will enable the fledgling system to consolidate and organise itself this weekend.

Should that be the case, the disturbance will likely not have enough time over the warm gulf waters, so its ferocity may be limited by its short development window.

This means the chance that it will strengthen enough to become a hurricane, at least 74mph, are very low.