New York City police officers are coming under fire after a “troubling” video surfaced showing them ripping a baby from the arms of a mother who went to a social services office to apply for day-care vouchers so she could work, police and the woman’s relatives said.

Jazmine Headley, 23, was arrested on charges of resisting arrest, committing an act in a manner injurious to a child, criminal trespass and obstruction of governmental administration, according to the NYPD.

She was booked into the Rikers Island jail and faces a first court hearing on Thursday. 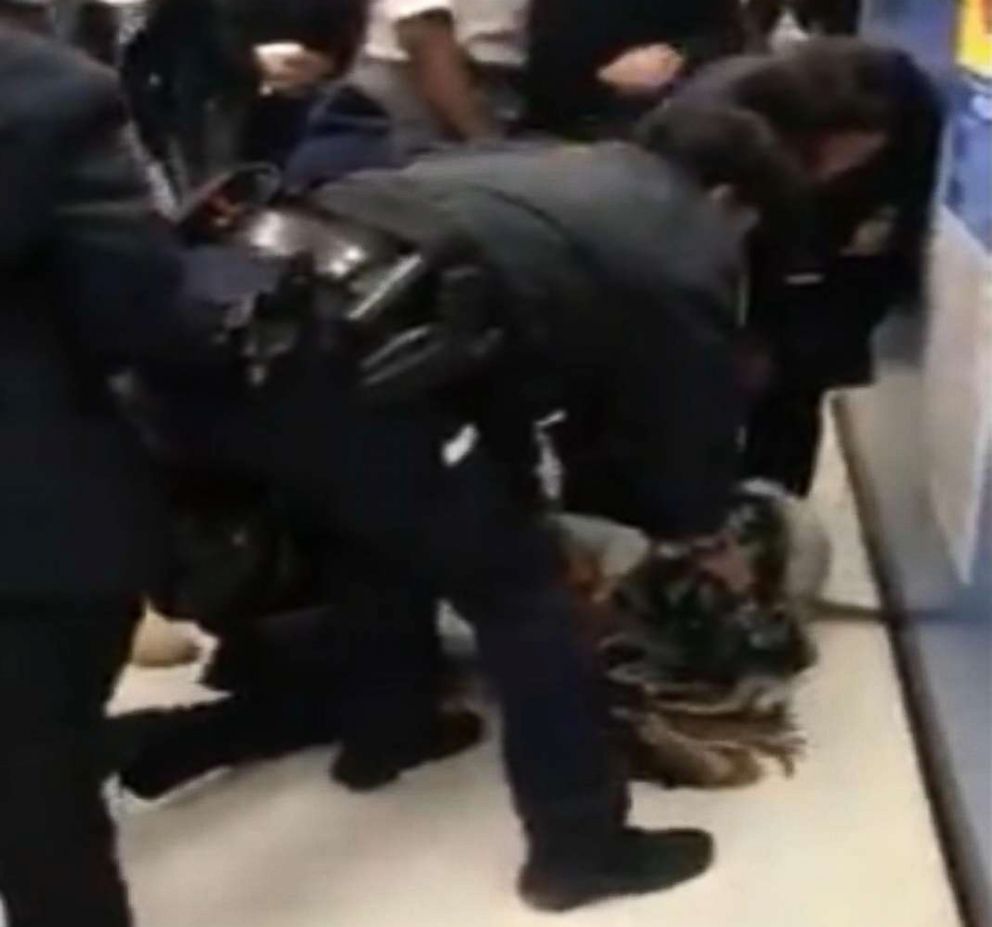 But Headley’s mother, who witnessed the arrest, claims city Human Resources Administration security guards and police officers were in the wrong and responsible for letting the incident escalate into pandemonium.

“I was devastated to see something like that happen to my daughter and grandson,” Headley’s mother, Jacqueline Jenkins, told ABC New York station WABC-TV.

Brooklyn Borough President Eric Adams, a former police officer, said Monday morning that he plans to go to the social services office to investigate the incident and demand that all charges be immediately dropped against Headley.

“Something’s terribly wrong when the most well-trained police department can’t resolve a dispute with a mother and child without looking like the President’s southern border strategy. We must do better,” Adams said in a statement posted on Facebook, referring to the Trump administration’s practice of separating children from parents caught illegally crossing the border.

City Council Speaker Corey Johnson said in a tweet that the video was “hard to watch.”

“This is unacceptable, appalling and heart breaking [sic],” he wrote. “I’d like to understand what transpired and how these officers or the NYPD justifies this.”

NYPD officials said in a statement that they were called to the city Human Resources Administration office in Brooklyn just before 1 p.m. on Friday.

“The NYPD was called after office staff and HRA peace officers made unsuccessful attempts to remove this individual from the facility due to her disorderly conduct towards others, and for obstructing a hallway,” police said in a statement. 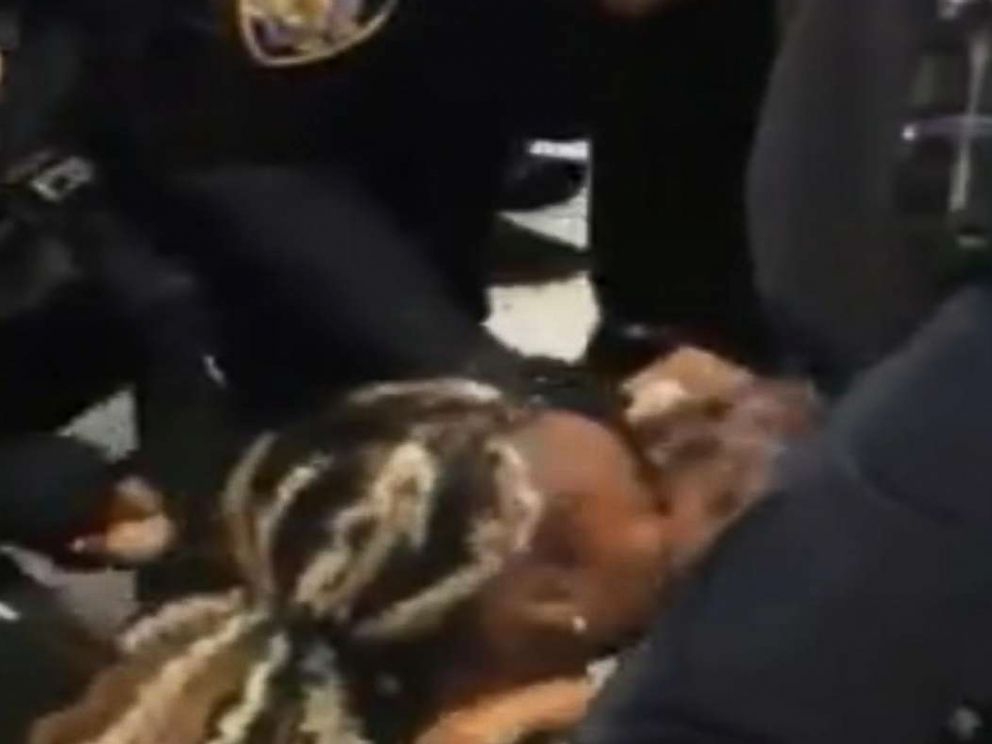 Jenkins said her daughter went to the office to apply for day-care vouchers for her 1-year-old son Damone so that she could start work as a security guard. But when they arrived at the Boerum Hill, Brooklyn, facility, the waiting room was so crowded that there were no seats left for her daughter to use.

She said her daughter and grandson sat on the floor and waited for about two hours.

Jenkins said the HRA guards told her daughter she could not sit on the floor because she was blocking a hallway. When she refused to stand, a supervisor called the police, Jenkins said.

A cell-phone video taken by Nyasia Ferguson, one of several taken by people who were also waiting at the office, shows at least three NYPD officers on top of Headley, who refused to let her child go.

One officer appeared to grab Damone and yank hard several times in an attempt to remove him from Headley’s arms. A crowd of people gathered around the officers yelling for them to stop and attempting to explain that Headley had not been bothering anyone.

At one point, an officer is seen in the video pulling out a stun gun and appearing to point it at the crowd, ordering people to step back. The officer also appeared to point the stun gun at Headley, but it was never deployed, the video shows.

“I was just disgusted and scared,” Ferguson told WABC. “I thought the cops [are] supposed to help you — they just straight up came and attacked the lady.”

Police were eventually able to wrest the baby away and place Headley under arrest. The child was turned over to Jenkins.

The NYPD called the incident “troubling” and said the encounter was “under review.” The statement said the review will include all available video that captured the incident.

Police officials said the HRA guards were the ones who initially took Headly to the floor when she refused to leave.

“NYPD officers then attempted to place her under arrest. She refused to comply with officers’ orders, and was then taken into custody,” according to the NYPD statement.

Police said no one was hurt in the confrontation.