This is the shocking moment a truck showered a car with gallons of beer when it rammed into a toll booth.

CCTV footage captured the truck as it failed to slow down on the approach to the toll plaza in Rajasthan, India.

A white SUV stopped in a lane just moments before – rolling forward to pay as the truck quickly approached behind it. 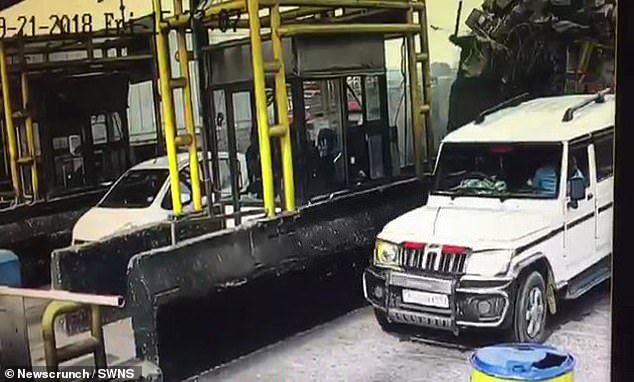 A white SUV was waiting to pay at a poll plaza in Rajasthan, India when the beer truck swerved from the road behind it

The lorry then swerved into the back of the booth and toppled over, throwing crates of beer from its open back.

The waiting SUV was pushed forward by the force of the collision – appearing to shoot out of the lane in a river of spilled beer.

A second white car then appeared in its place covered in fizzing alcohol, bottles and broken crates.

A toll booth worker was even spotted making a dash out of the way as gallons of beer settled on the surrounding area. 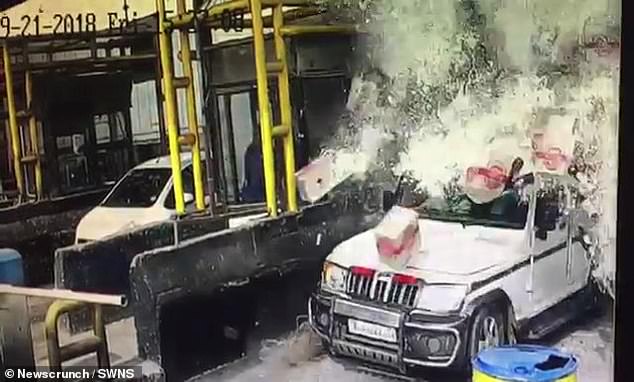 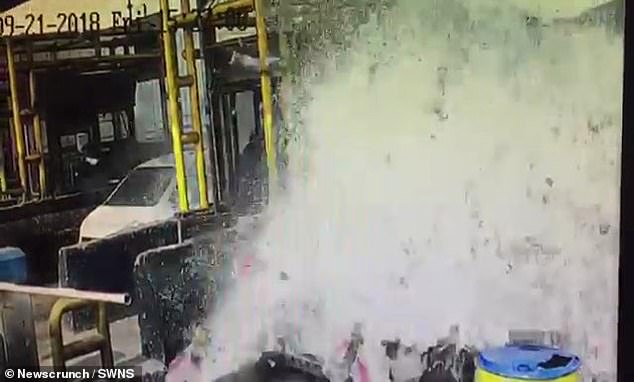 The truck driver, Sandeep Jatav, was injured in the mishap and was rushed to a nearby hospital.

There were cartons of beer all over the road and local villagers rushed in to carry away as many as they could.

Toll officials called police to control the crowd and officers are investigating.