Latest US sanctions on North Korea are the ‘heaviest ever’, President Donald Trump says. 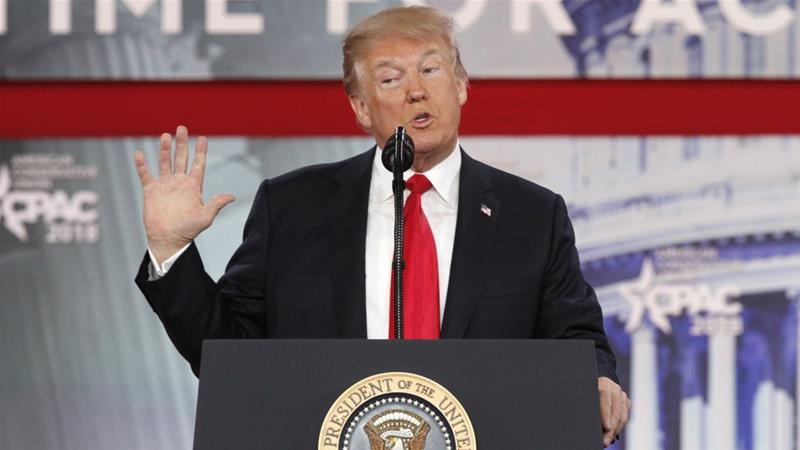 The US has imposed its “heaviest ever” sanctions against North Korea, President Donald Trump says, as the US seeks to prevent North Korea from further developing its nuclear programme.

“The president has made it clear to companies worldwide that if they choose to help fund North Korea’s nuclear ambitions, they will not do business with the United States.”

The measures prohibit US citizens from dealing with more than 50 vessels and companies, and one person, located in countries including North Korea, China, Taiwan and Hong Kong.

Assets held by the firms within the US will also be blocked.

Trump described the measures as the “heaviest sanctions ever imposed on a country before” in an address in Washington on Friday.

He cautioned the US will “have to go to phase two” if the sanctions don’t have Washington’s desired effect, adding that “may be a very rough thing … very unfortunate for the world”, Reuters news agency reported.

The announcement comes two months after the UN Security Council said it was imposing its toughest sanctions yet on North Korea.

The Security Council unanimously voted to ban nearly 90 percent of refined petroleum exports to North Korea, and order North Koreans who work abroad to return to the country within 24 months, on December 22.

North Korea announced in November it had successfully conducted a new intercontinental ballistic missile (ICBM) capable of reaching the US mainland.

Tensions on the Korean Peninsula appear to have eased in the last few weeks, however, with South Korea expressing it was cautiously optimistic of making progress with inter-Korean relations in the wake of a visit by North Korean officials during the Winter Olympics in Pyeongchang.