Behind malt whisky, it is often referred to as Scotland’s ‘other’ national drink. But now bosses at one of Donald Trump’s upmarket resorts have banned Irn-Bru over fears that it could permanently stain its expensive carpets.

Ralph Porciani, general manager at the golf and hotel complex, said: ‘We can’t have it staining, when to replace the ballroom carpet would be £500,000 alone.’ 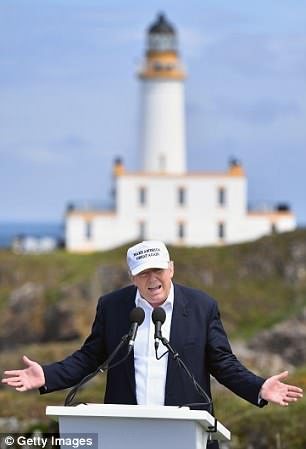 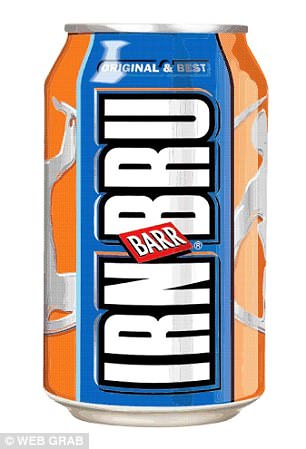 The notoriously difficult to remove fizzy drink, right, has been banned from Trump Turnberry, which is owned by the US President (pictured, left, during his campaign at the resort’s ninth tee) 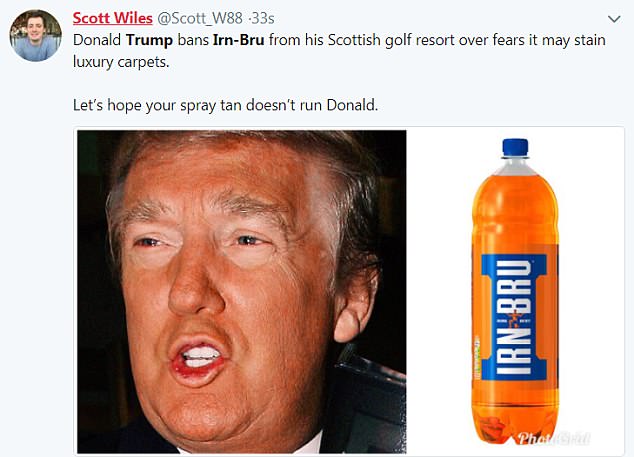 He added that Scotland’s best-selling soft drink has already damaged some of the carpets in the resort’s villas, which he now cannot let out.

The fizzy drink is notoriously difficult to remove from carpets if spilled, mostly due to the colourants used. It has even been used as a benchmark to test new carpet cleaning products.

In 2014, the Gailes Hotel in Irvine, Ayrshire, stopped serving the drink, claiming it was impossible to clean up spillages.

The ban was brought in after a guest accidentally spilled Irn-Bru on the hotel’s expensive pale-brown flooring and staff were unable to remove the stain. 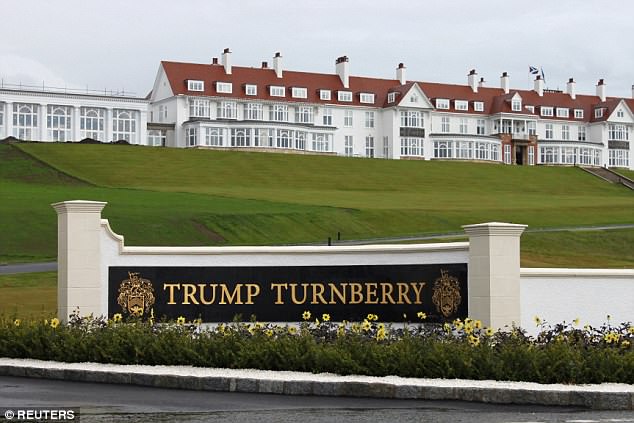 The ban at the resort (pictured) follows a similar ban at Gailes Hotel in Irvine, Ayrshire, where the fizzy drink was spilled on expensive flooring

The decision sparked debate on social media, with one Twitter user joking: ‘Donald Trump has gone too far this time…This means war!’

Another added: ‘On the day Donald Trump bins Iran’s nukes he bins Irn-Bru at Turnberry. Two good decisions for a healthier world.’

Turnberry was bought by Mr Trump in 2014 for an undisclosed sum. The US President, whose mother was from the Isle of Lewis, also owns the Trump International Golf Links resort near Aberdeen.