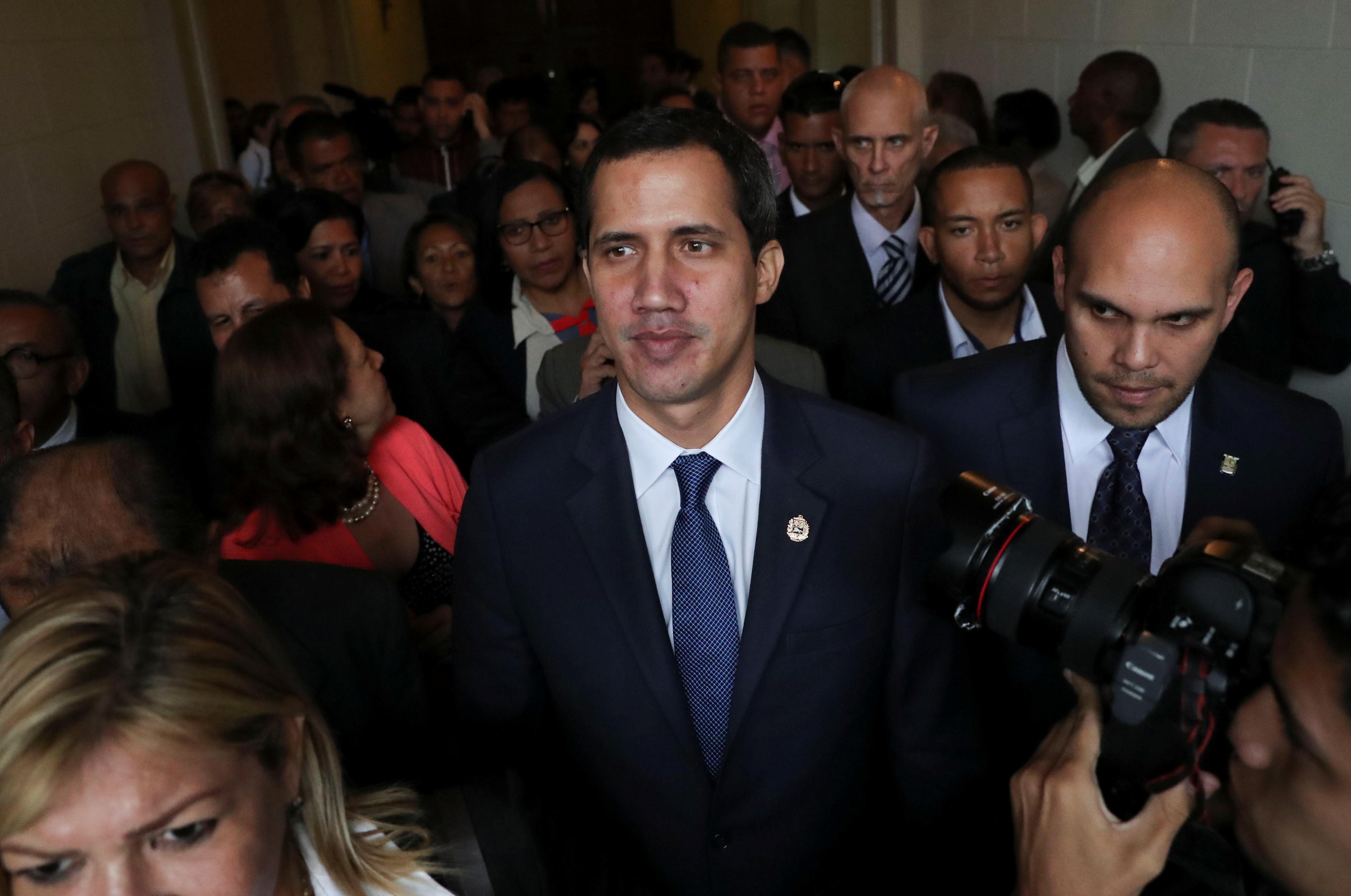 In a meeting on the sidelines of the annual United Nations gathering of world leaders, Trump told Latin American presidents who recognize Guaido as Venezuela’s rightful president that they were part of a “historic coalition.”

For more than eight months they have been trying to oust Maduro, who has overseen a dramatic economic collapse and is accused of corruption, human rights violations and rigging the 2018 presidential election.

The New York meeting was part of the administration’s efforts to keep Venezuela “high on the international agenda,” a senior U.S. State Department official, speaking on condition of anonymity, said on Monday, pushing back on perceptions that the U.S. commitment to Venezuela was waning.

But it was not clear what further options Washington had left. The opposition delegation came to the U.N. General Assembly in search of a breakthrough in its eight-month power struggle with Maduro, but is more focused on getting the European Union to sanction Maduro officials with assets stashed in European countries.

The State Department said it would provide $36 million in humanitarian aid in Venezuela to go toward an underfunded U.N. program aiming at raising $223 million to serve 2.6 million people. Previous aid efforts within Venezuela have been marked by concerns Maduro would interfere with distribution.

“We’re giving millions and millions of dollars in aid, not that we want to, from the Maduro standpoint, but we have to,” Trump said during a news conference on Wednesday afternoon. “People are dying, they have no food, they (have) no water, they have no nothing.”

It is also providing Guaido with $52 million to fund his parallel government’s operations – much of which was diverted from money previously destined for Central American countries, U.S. Agency for International Development (USAID) director Mark Green said on Wednesday.

Venezuela plunged into a deep political crisis in January when Guaido, the leader of the opposition-controlled National Assembly, assumed a rival presidency, arguing Maduro was illegitimate. He has been recognized as president by dozens of countries, including the United States and neighboring Colombia.

Guaido and his Latin American allies are increasingly seeking to portray Maduro as a threat to regional stability to galvanize countries into stepping up pressure. During his speech to the General Assembly on Wednesday, Colombian President Ivan Duque said he would provide the United Nations with a dossier proving Maduro was harboring armed Colombian rebels.

Venezuelan Foreign Minister Jorge Arreaza, who is expected to address the assembly on Thursday, called Duque’s speech “shameful.” Maduro calls Guaido a coup-mongering puppet of the United States and retains the support of allies such as Cuba, Russia and China.

Washington’s travel ban applied to government officials with the rank of vice minister or above, military members with a rank of colonel or above, and members of a pro-government legislature called the Constituent Assembly.

It also banned anyone who acts “on behalf of or in support of” Maduro and those deriving “financial benefit” from the government, and their immediate family members. U.S. officials have previously said such measures were effective because “these people’s wives can’t shop in the U.S.”

That move was likely to raise even more pressure on Europe. While the EU has sanctioned several individual members of Maduro’s government, the opposition, the United States and other Latin American countries have called on it to do more.

A group of European and Latin American countries met to discuss Venezuela on the sidelines of the United Nations on Wednesday afternoon, but participants declined to take questions on the way out and did not immediately issue a joint statement.

Spanish Foreign Minister Josep Borrell, the incoming top diplomat for the EU, said during the meeting that the “end of Venezuela’s crisis should result from a peaceful and negotiated path” leading to free elections, according to an EU statement. The statement did not mention any new European sanctions.