DONALD Trump called Joe Biden and Hillary Clinton "criminals’"and again called for the former Secretary of State to go to jail as a rally crowd chanted "lock them up."

Trump's comments came as he spoke to supporters at a campaign event in Fayetteville, North Carolina on Monday. 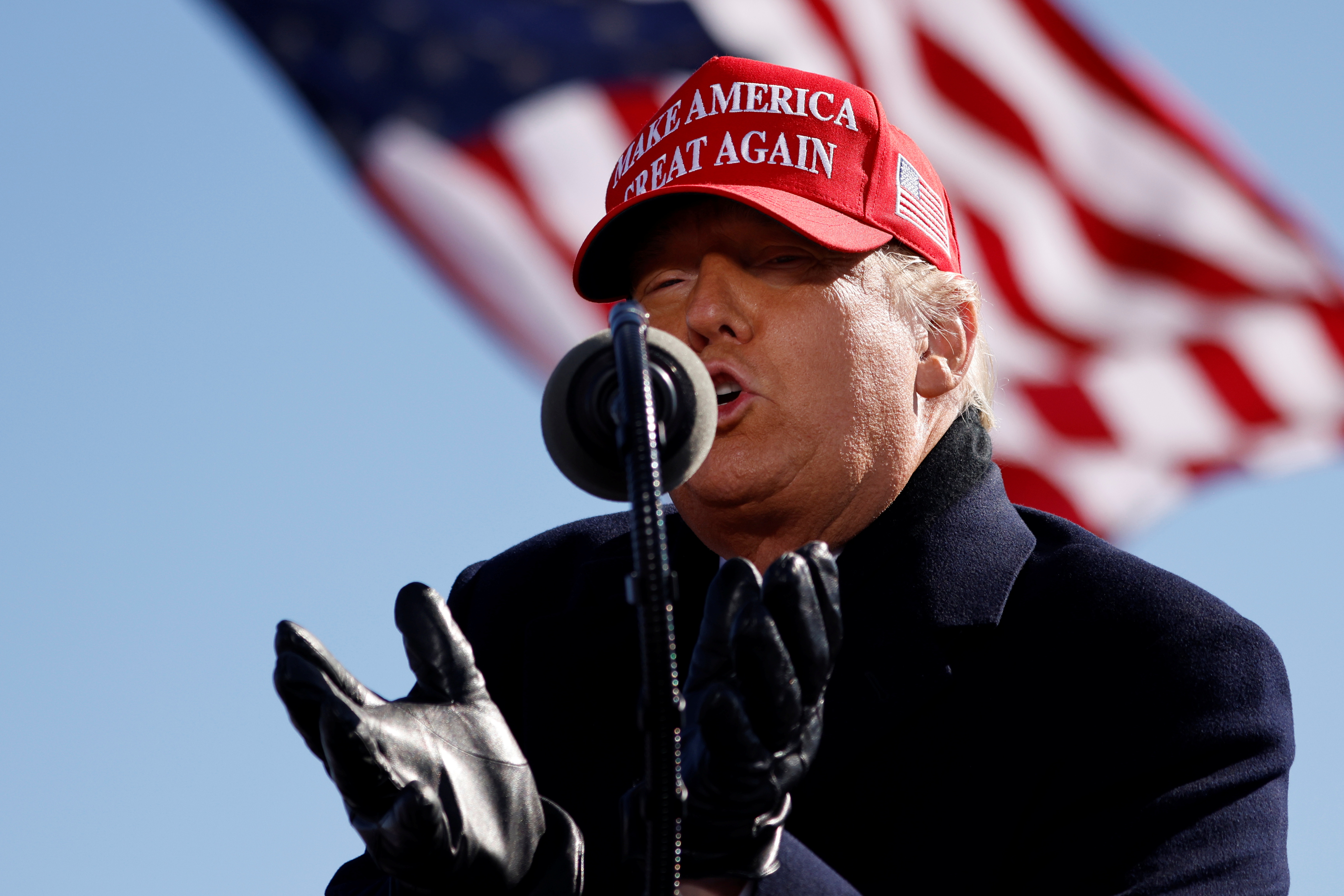 Trump kicked off his rally by slamming Democrats.

"Joe Biden is a corrupt politician who ranked in millions from China," Trump baselessly claimed.

Supporters began chanting "Lock him up!"

Trump then once again hit at former 2016 Democratic presidential rival Hillary Clinton, as he referenced her email scandal.

"Hillary is a criminal. She deleted her emails. People go to jail for that," Trump claimed.

The crowd then began chanting "Lock her up'!"

Trump slammed an alleged conspiracy he's repeatedly pushed that Democrats spied on his campaign in an attempt to tear down his presidency.

"These people are criminals," Trump said.

He claimed "we caught" people "spying on my campaign."