Trump to China: Lock down your border until I get a nuke deal with Kim

Trump to China: Lock down your border with North Korea until after I cut a nuclear deal with Kim Jong-Un

The deal-making president wants an denuclearization arrangement with Kim signed on the dotted line and he needs the economic might of China to help make that happen.

China is the rogue state’s largest trading partner with about 90 percent of North Korea’s trade taking place with the Chinese. An economic chokehold from the Chinese is a key component in getting Kim’s cooperation in any deal with the Americans. 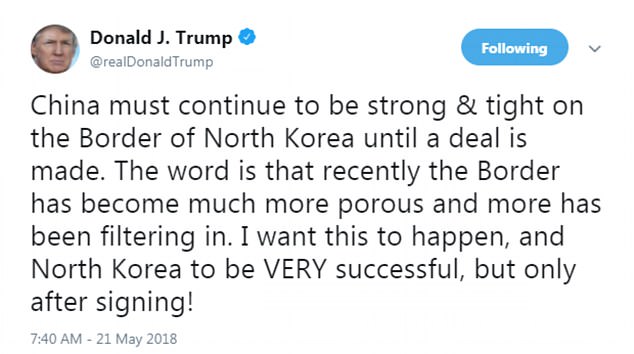 President Trump wants an denuclearization arrangement with North Korean President Kim signed on the dotted line and he needs the economic might of China to help make that happen. 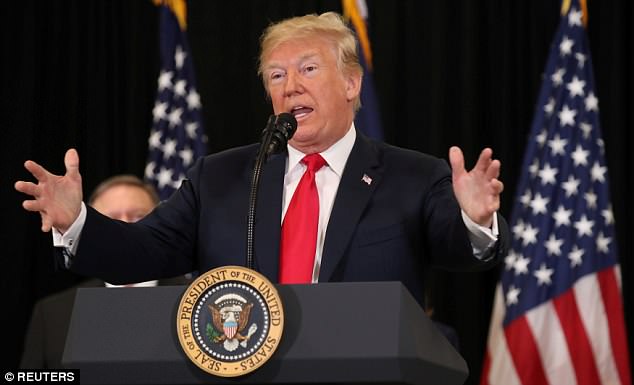 A carrots-and-sticks approach from Chinese President Xi Jinping, who has met with Kim twice in the past months, could make or break the president’s deal-making efforts.

Trump’s tweet comes amid reports he’s considering backing out of the summit over concerns he’ll be embarrassed during the meeting by North Korea’s lack of cooperation.

One thing Trump and Kim share are volatile personalities who will announced decision and the change them rapidly and without warning.

The border demand could be the president’s way of taking Beijing’s temperature on the question of how much pressure they will put on North Korea with economic sanctions. Additionally, on Sunday, Treasury Secretary Steve Mnuchin said on Fox News Sunday that the plans for a trade war with China are ‘on hold.’

An affirmative reply from the Chinese on the border situation would aid U.S. efforts to get Kim to make a deal.

‘China must continue to be strong & tight on the Border of North Korea until a deal is made,’ Trump tweeted on Monday. ‘The word is that recently the Border has become much more porous and more has been filtering in. I want this to happen, and North Korea to be VERY successful, but only after signing!’

Trump and Kim are scheduled to meet in Singapore on June 12, which would be the first ever face-to-face meeting between a sitting U.S. president and a North Korean president.

Even though Xi won’t have a seat at the table China’s influence is Asia means his shadow will loom over the talks.

‘China can be a guarantor to North Korea that if they give up their nuclear capacity, the United States will not be in a position to harm them,’ United Nations Secretary-General Antonio Guterres told Bloomberg in an interview last week. ‘And for the United States, China can also be a guarantor that if there is an agreement, that the agreement is effectively implemented by the North Koreans.’ 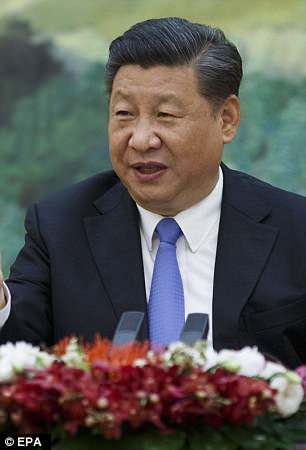 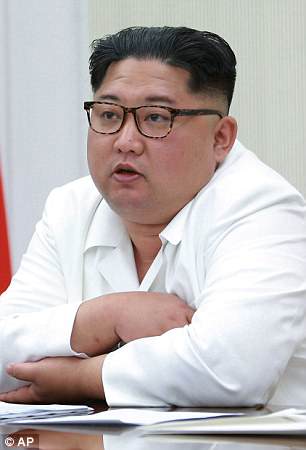 But the plans for the summit hit a snag last week when Pyongyang demanded that the annual joint U.S.-South Korean military exercises be canceled or they would withdraw from the summit.

And some White House advisers have expressed private doubts Kim will come to the table.

Trump expressed concern on Thursday that Kim, perhaps, ‘spoke with China and changed his mind.’ The president admitted that Kim’s visit to Beijing last week on Tuesday was ‘a little bit of a surprise’ to the Trump administration.

But he said of the games playing, ‘I want to give everybody the benefit of a doubt.’

Additionally, there was a report Monday Trump is considering backing out of the summit. He’s been polling aides and allies as to whether he should attend, theNew York Times reported.

Even if Kim shows up in Singapore, there are doubts he will agree to the kind of nuclear destabilization deal that the president would see as a win. Trump allies have said a nuclear deal with North Korea should get the president the Nobel Peace Prize.

Mnuchin told DailyMail.com on Monday morning that for now the summit is still on.

‘I don’t think the president gets cold feet about anything, so I think as the president has said, right now it’s still on, if that changes, you’ll find out about it,’ he said in response to reports that Trump is the one who could back down.

In addition to its concerns about the military exercise, North Korea has taken offense with past statements that Trump’s new national security adviser, John Bolton, about denuclearization, leading Trump to provide assurances last week that Kim would not be ousted if he abandons his nuclear weapons program.

Bolton has made it known he thinks Trump should use the Singapore meeting to push North Korea into giving up its entire nuclear arsenal if it wants crippling economic sanctions erased.

Outwardly, for now, both Trump and his team remain optimistic.

‘If we make a deal, I think Kim Jong-un will be very, very happy,’ Trump said last week.