Gina Haspel, who is President Donald Trump’s nominee for Central Intelligence Agency (CIA) Director, has received the promise of a confirmation vote from a second Democratic senator.

Senator Joe Donnelly from Indiana announced on Saturday that he would would to confirm Haspel to the role, following a meeting with her on Thursday to discuss her nomination that included the use of techniques like waterboarding during interrogation of terror suspects at a base she oversaw in the early 2000s.

‘I believe that she has learned from the past, and that the CIA under her leadership can help our country confront serious international threats and challenges,’ Donnelly said of Haspel.

Donnelly’s support, along with that of Democratic Sen. Joe Manchin from West Virginia, has all but locked in Haspel’s confirmation to the CIA’s most senior leadership role. 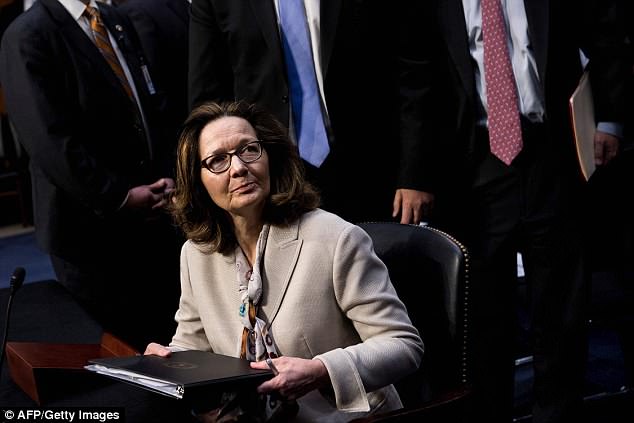 Gina Haspel, who is President Donald Trump’s nominee for Central Intelligence Agency (CIA) Director, received the promise of a confirmation vote from a second Democrat on Saturday

Haspel requires 50 votes to be confirmed as the new CIA Director, and two of the 51 Republicans in the Senate have opposed her nomination.

GOP Sen. John McCain from Arizona has also voiced opposition to Trump’s pick, in addition to being absent from votes due to his battle with brain cancer.

These two party detractors combined created a situation where Haspel needs at least one Democrat’s vote to be confirmed.

Now, with both Donnelly and Manchin on board, it seems her position as CIA Director is a foregone conclusion. 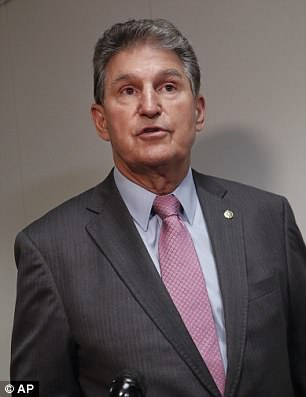 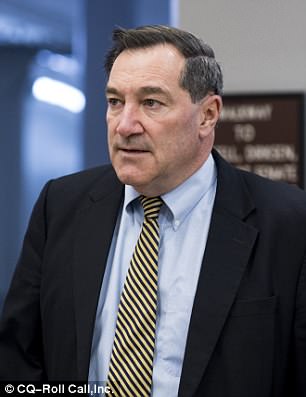 Sen. Joe Donnelly (right) from Indiana announced his support on Saturday; His promised vote, along with that of Democratic Sen. Joe Manchin (left) from West Virginia, has all but locked in Haspel’s confirmation to the CIA’s most senior leadership role

Donnelly shared a few sentences about why he has chosen to support Haspel for CIA Director on Saturday.

‘As our country faces dynamic and challenging security threats, it is critically important that our intelligence agencies have the leadership and support that they need to help keep Americans safe and defend our nation from those who wish to do us harm,’ he said in a statement.

‘Gina Haspel has served our country and the Central Intelligence Agency for more than 30 years, and she has the strong support of both her colleagues at the agency and former CIA Directors Hayden, Panetta, and Brennan, who served under Presidents Bush and Obama.

‘I had a tough, frank, and extensive discussion with Ms. Haspel on a wide range of topics, including her vision for the agency and how she would approach the job, as well as issues of detention and interrogation. I have also reviewed her record and her testimony before Congress,’ he added.

‘Importantly, Ms. Haspel expressed to me her commitment to be responsive to congressional oversight and to provide her unvarnished assessment – both to members of Congress and the president.’ 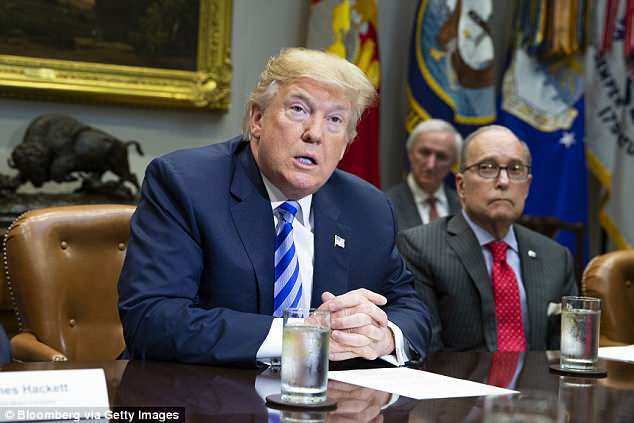 President Donald Trump speaks while Larry Kudlow, director of the U.S. National Economic Council (right) listens during a meeting with automotive executives in the Roosevelt Room of the White House in Washington, DC on Friday; Trump has nominated Haspel to lead the CIA 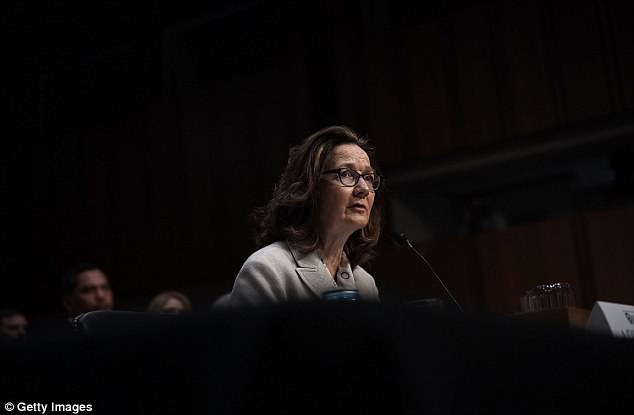 While Haspel refrained from criticizing her colleagues during her confirmation hearing on Wednesday in Washintonton, DC, she stated techniques such as waterboarding would not be used in the future, under her watch as leader of the CIA

Prominent Democrats, however, are not on board with Haspel leading the CIA.

Questions arose about her role as chief of a base in Thailand in 2002, where a ‘black site,’ or secret, prision was located.

It’s now come to light that waterboarding and other torture techniques were used during the interrogation of terror suspects who were held at the base.

While Haspel refrained from criticizing her colleagues during her confirmation hearing on Wednesday, she stated no such techniques would be used in the future, while she is at the helm of the CIA.

‘Having served in that tumultuous time, I can offer you my personal commitment, clearly and without reservation, that under my leadership on my watch CIA will not restart such a detention and interrogation program,’ she said.

In addition to those concerns, the left has criticized the CIA as not having been entirely forthcoming in declassification of data pertaining to Haspel.

Democratic Sens. Martin Heinrich from New Mexico and Kamala Harris from California also admonished Haspel personally on Wednesday, for being seemingly evasive during questioning at the hearing.

‘You also, in this hearing, have a responsibility to answer the questions being asked of you,’ Harris said to Haspel.

Harris has publicly stated she will vote ‘no’ on Haspel’s confirmation.

However, several other Democrats are seen as possible, even likely, ‘yes’ votes for the long-time member of the CIA, including Sen. Mark Warner from Virginia, who is the ranking Democrat on the Intelligence Committee.

Others include Sens. Angus King from Maine, Doug Jones from Alabama, Heidi Heitkamp from North Dakota, Bill Nelson from Florida and Claire McCaskill from Missouri.

Outside of Congress, Haspel counts both Obama-era and Bush-era intelligence officials among her supporters, to include former CIA Directors Leon Panetta, John Brennan and Michael Hayden. 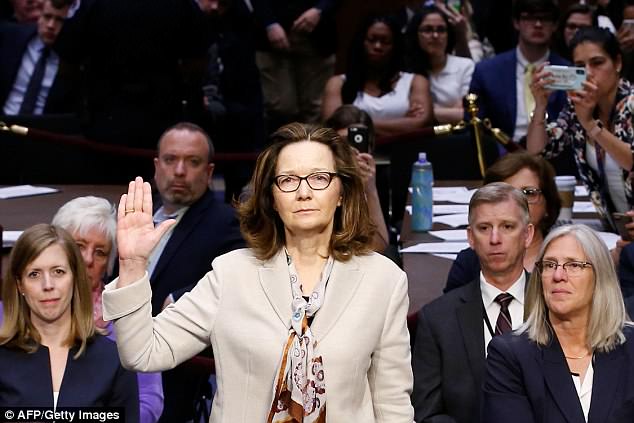 Haspel is sworn-in before testifying to the Senate Intelligence Committee on her nomination to be the next CIA Director in the Hart Senate Office Building on Capitol Hill in Washington, DC onWednesday