The President had been considering postponing his address in order to visit the worst effected areas. Speaking at the Federal Emergency Management Agency Mr Trump said he could have moved the address to Monday.

During his speech to the RNC Mr Trump formally accepted the Republican Presidential nomination for the 2020 presidential election.

He faces Democratic Party rival Joe Biden in the poll on November 3.

Hurricane Laura smashed into Louisiana, near the border with Texas, on Thursday morning. 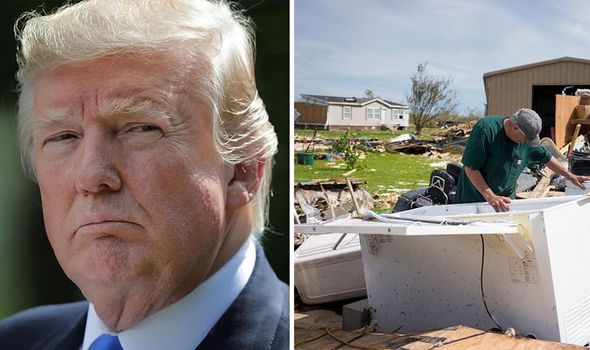 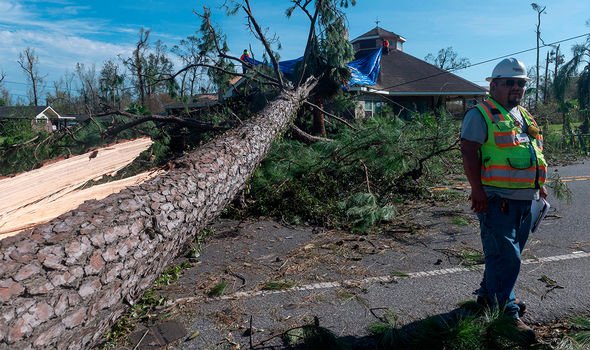 However the hurricane tracked further east than expected saving the state from a 20ft storm surge.

Around half a million homes were left without power and an industrial plant suffered from a major chemical fire after the storm hit.

Mr Trump said: “It turned out, we got a little bit lucky. 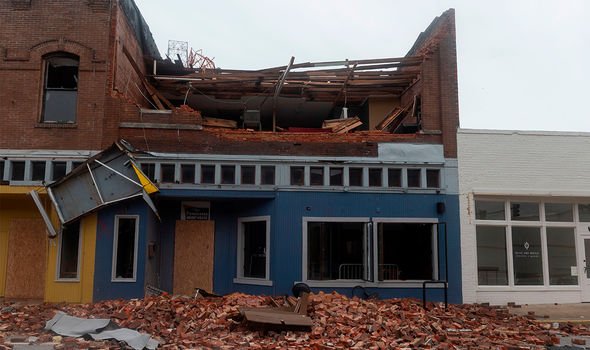 “But it passed quickly and so everything’s on schedule.”

The President added he will likely visit affected areas of Louisiana over the weekend.

Hurricane Laura was still a Category-4 storm when it hit on Thursday morning.

However by the afternoon it had been downgraded to a tropical storm. 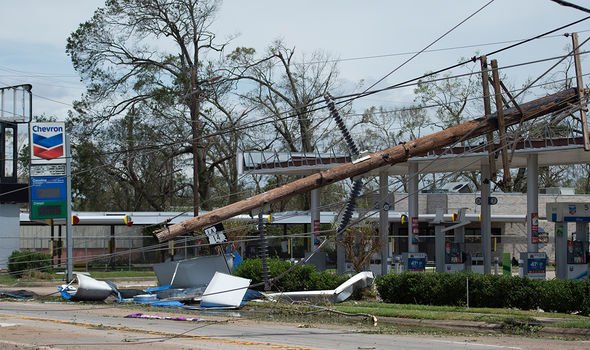 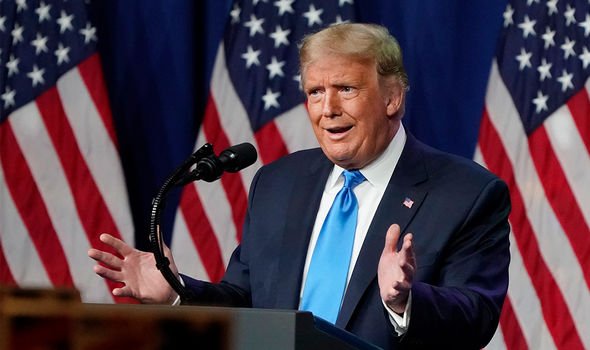 He stated: “I’m concerned we are going to find more fatalities. I hope and pray not.”

The victims included a 14-year-old girl killed when a tree fell on her house in Leesville.

Around 1,500 people, including state national guard, are working on the rescue and clean-up operation.

President Trump declared a state of emergency for Puerto Rico last Saturday after it was also hit by Hurricane Laura.

Mr Trump has been claiming he is best placed to protect Americans from crime and violent protests.

On Thursday he tweeted: “Democrats and Biden didn’t even mention the Anarchists, Agitators, Looters and so called “Peaceful Protesters” at their Convention. 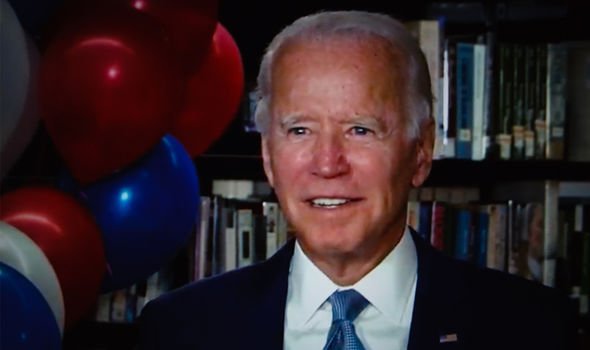 “They will allow rampant crime, just as they do in Portland.”

He said: “Donald Trump and Republicans must have forgotten about the 180,000 American lives lost due to COVID-19. I promise you that, as president, I never will.”