Washington: US President Donald Trump said he abruptly called off the military strikes on Iran Thursday because the likely deaths of 150 Iranians would have been out of proportion to the shootdown of an unmanned American surveillance drone. 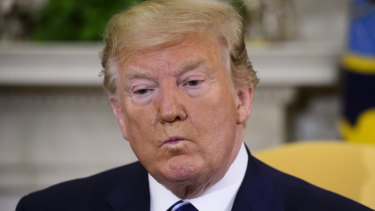 Trump's admission comes as the US seeks a closed Security Council meeting over Iran and the latest tanker incidents.

Trump told NBC News in an interview on Friday that he was informed that about 150 Iranians would be killed by the strikes.

"I didn't like it," he said. "I didn't think it was proportionate."

The president also said he never gave a final order for the operation, and that US military airplanes were not yet in the air but that they would have been "pretty soon."

Media reports said the US Cyber Command had launched a digital strike against a group, with ties to the Iranian Revolutionary Guard Corps, that supported what the US claims is a mine attack on commercial tankers in Strait of Hormuz.

Yahoo News reported the Iranian cyber group was used to track and target military and civilian ships that passed through the Strait of Hormuz where the tankers had been attacked.

As uncertainty descended over the state of relations between Iran and the US, Trump has indicated he still hopes for talks with Iranian leaders rather than any escalation of military conflict. 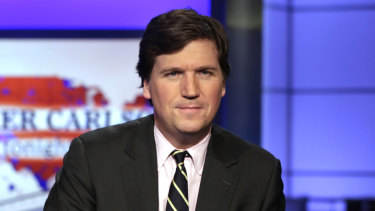 Trump said he is "in no hurry," adding that increasingly severe sanctions meant to push Iran to the nuclear negotiating table are "biting" the Iranian economy.

Iran, though, is showing no public inclination to negotiate. It is unclear whether Trump, who said the US military had been "cocked and loaded" to hit Iran, is considering new military options.

The UN said Secretary-General Antonio Guterres' has urged the US and Iran is to avoid anything that would escalate the current tense situation and "to have nerves of steel."

UN spokesman Stephane Dujarric told reporters at UN headquarters Friday that "the secretary-general firmly believes in the need for dialogue between the parties involved as probably the best way to defuse tension and to avoid any escalation." 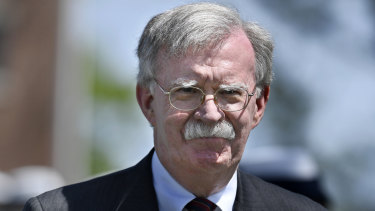 Dujarric said the UN has been in contact with the parties at various levels and is passing the same message in public and it is in private, "which is to avoid any escalation."

At the United Nations, diplomats say the US has asked for a closed Security Council meeting on Monday on recent developments regarding Iran and the latest tanker incidents.

Two well-informed diplomats confirmed the US request on Friday and said the closed consultations are likely to take place on Monday afternoon. They spoke on condition of anonymity because they were not authorized to speak publicly.

Donald Trump's back-and-forth over Iranian airstrikes reflects profound splits between key figures who have the US president's ear and competing instincts from the commander-in-chief himself.

John Bolton, the White House national security adviser, and Tucker Carlson, the influential Fox News host, have emerged as key figures on opposite sides of the Iran debate.

But Mr Carlson, whose evening TV show Mr Trump often watches and tweets about, has in recent days been publicly urging the president to ignore Mr Bolton and avoid military intervention in Iran.

Mr Carlson recently said that a war would for Mr Bolton be the equivalent of "Christmas, Thanksgiving [and] his birthday wrapped into one".

On his show on Thursday night, Mr Carlson – who reportedly has had private conversations with Mr Trump on Iran – returned to the topic again with a similar theme. "The very people, in some cases literally the same people, who lured us into the Iraq quagmire 16 years ago are demanding a new war, this one with Iran," he said. "To his great credit, the president appears to be sceptical of this. Very sceptical."