WASHINGTON (Reuters) – President Donald Trump said on Thursday he did not think additional U.S. troops are needed in the Middle East to counter Iran, casting doubt on a Pentagon plan to bolster forces in the region. 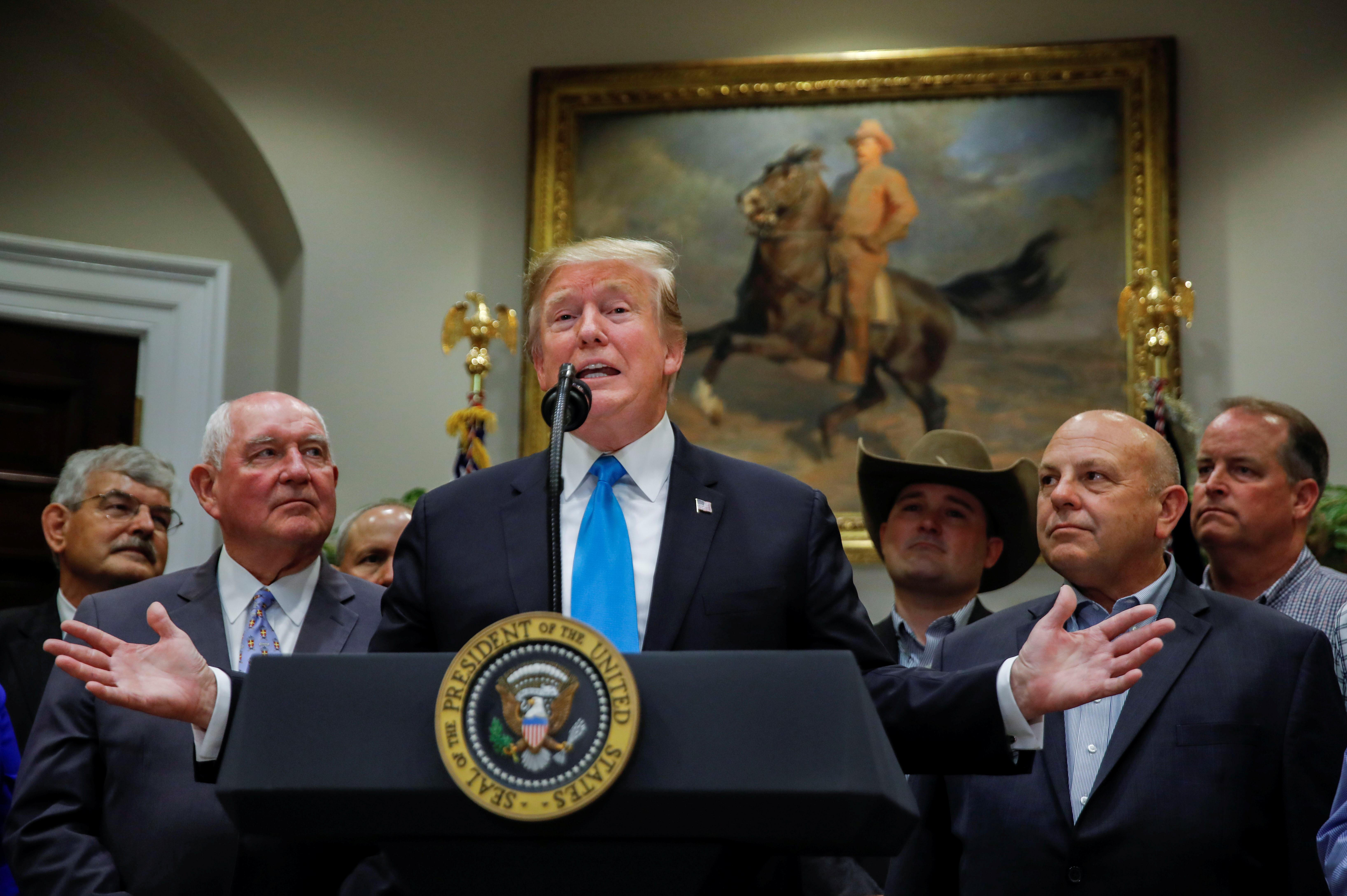 “I don’t think we’re going to need them. I really don’t,” Trump told reporters. “I would certainly send troops if we need them.” If needed, “we’ll be there in whatever number we need,” he added.

Trump, who has been focused on trying to reduce the number of U.S. troops deployed around the world, spoke shortly before he was to be briefed at the White House on a new deployment plan by acting Defense Secretary Patrick Shanahan.

Shanahan said the Pentagon was considering sending additional U.S. troops to the Middle East as one of the ways to bolster protection for American forces there amid tensions with Iran.

“What we’re looking at is: Are there things that we can do to enhance force protection in the Middle East?” Shanahan said.

“It may involve sending additional troops.”

But Shanahan, in remarks to reporters outside the Pentagon, dismissed reports suggesting specific numbers of troops were being considered at this point, saying: “As soon as there’s a change, I’ll give you an update.”

Tensions between Tehran and Washington have been steadily escalating in recent weeks, as Trump tightens sanctions meant to cut off Iran’s ability to sell oil on global markets. The Trump administration is also warning of possible Iranian plots against America and its allies.

Any decision to send additional U.S. troops would follow a move to accelerate the deployment of a carrier strike group to the Middle East and send bombers and Patriot missiles to the region in response to what Washington said were troubling indications of possible preparations for an attack by Iran.

The United States says the steps are aimed at preventing conflict by deterring any dangerous activity by Iran or Iran-backed forces. But Iran has accused the United States of brinksmanship.

Reuters reported on Wednesday that the Pentagon was considering a proposal to send about 5,000 troops while other media reported that up to 10,000 could be deployed.

“I got up this morning and read that we were sending 10,000 troops to the Middle East, and then I read more recently that there was 5,0000,” Shanahan said.

The Pentagon regularly receives – and declines – requests for additional resources from U.S. combatant commands throughout the world.

A senior commander of Iran’s powerful Revolutionary Guards on Thursday described the standoff between Iran and the United States as a “clash of wills.”

“The confrontation and face-off of the Islamic Republic of Iran and the malicious government of America is the arena for a clash of wills,” Iran’s armed forces chief of staff Major General Mohammad Baqeri said.

He pointed to a battle during the 1980-88 Iran-Iraq war where Iran was victorious and said the outcome could be a message that Iran will have a “hard, crushing and obliterating response” for any enemy “adventurism.”

On Sunday, Trump tweeted: “If Iran wants to fight, that will be the official end of Iran. Never threaten the United States again!” But he has also signaled a willingness to talk with Tehran.