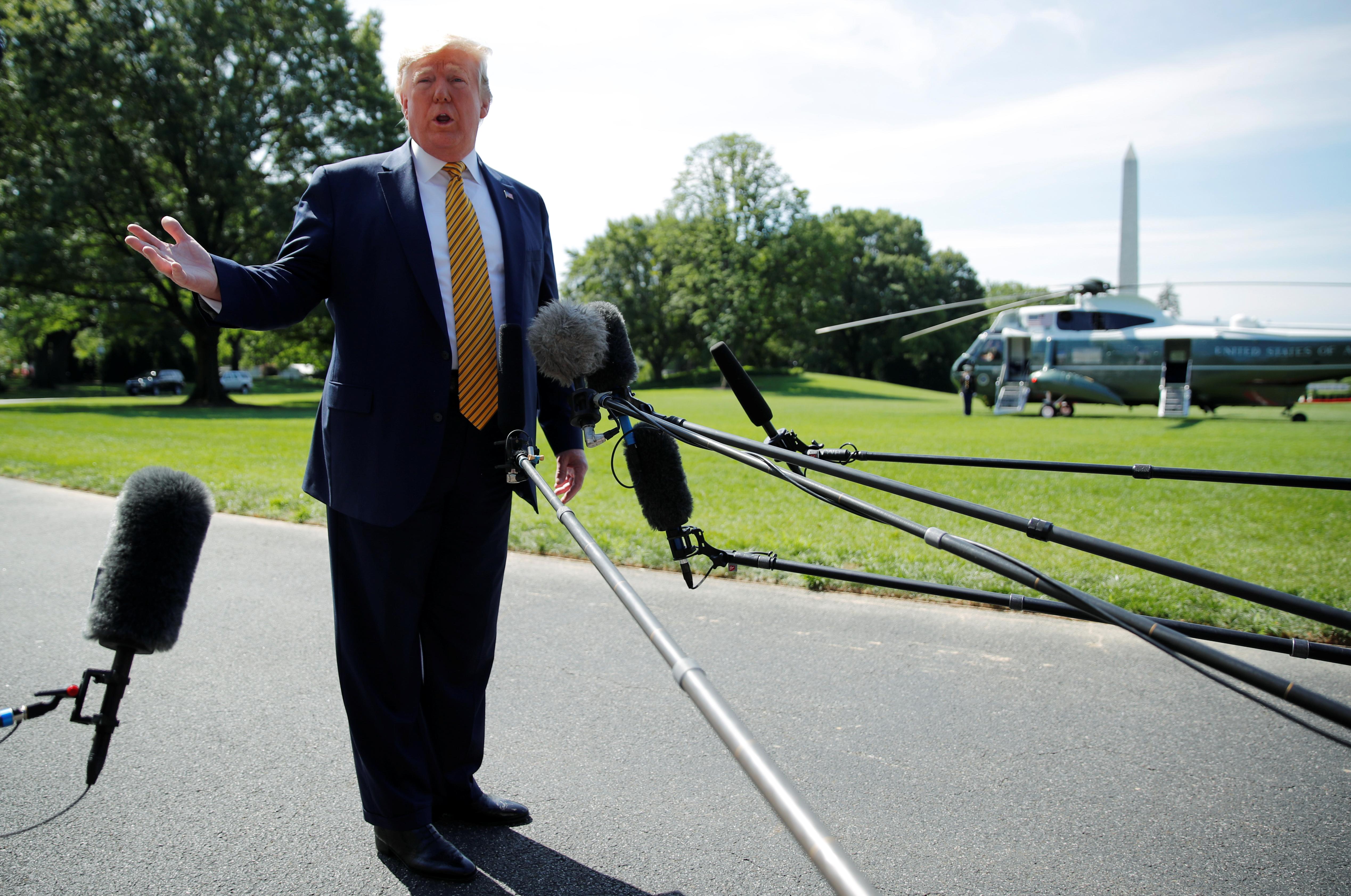 WASHINGTON (Reuters) – U.S. President Donald Trump said Saturday he will impose additional sanctions against Iran in an effort to prevent Tehran from obtaining nuclear weapons, adding that military action was still a possibility.

Trump, who was speaking to reporters at the White House, made his comments after recently calling off military action against Iran to retaliate for the downing of a U.S. military drone.

“We are putting additional sanctions on Iran,” Trump said. “In some cases we are going slowly, but in other cases we are moving rapidly.”

Trump spoke to reporters as he prepared to depart Washington for the presidential retreat Camp David, where he said he would be deliberating on Iran.