Washington: After nearly a year and a half in office, the Trump administration has succeeded in filling one of the most important US diplomatic posts, with the Senate unanimously approving former Pacific commander Harry Harris as the next US ambassador to South Korea.

The Senate confirmed Harris's nomination in a voice vote late on Thursday, and he is expected to take up his post in Seoul, which has been vacant since president Donald Trump's January 2017 inauguration, in early July. 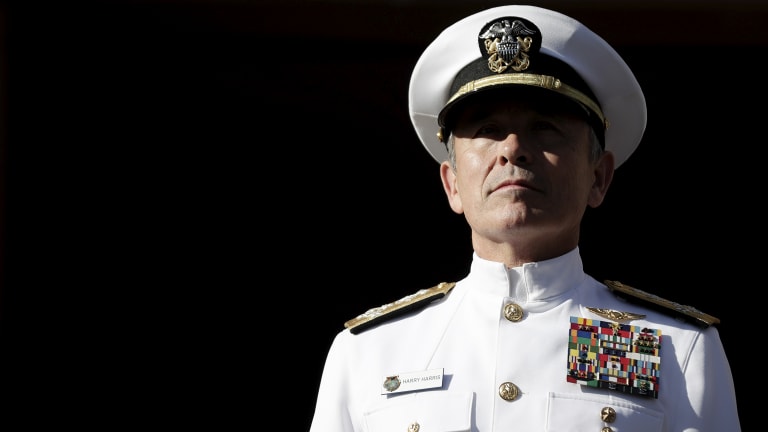 The retired admiral will take office at a time when South Korea and the United States are working closely together to engage with North Korea to try to persuade it to abandon a nuclear weapons program that now threatens the United States.

That engagement led to an unprecedented summit between Trump and North Korean leader Kim Jong-un on June 12, but protracted follow-on negotiations are expected to be needed before any concrete deal is reached with Pyongyang.

Harris, who was born in Japan to a Japanese mother and American father, previously served as head of the US Pacific Command in Hawaii, which includes the 28,500-strong US force in South Korea, a key US ally.

At a Senate hearing this month, Harris backed the idea of a "pause" in major US military exercises with South Korea that Trump announced immediately after the summit. Harris said this would allow time "to see if Kim Jong-un is in fact serious about his part in negotiations."

Harris was initially nominated by Trump to be US ambassador to Australia but was asked in April by Mike Pompeo, now secretary of state, to take the post in Seoul instead, as diplomatic efforts to resolve the North Korea crisis intensified.

Apart from North Korea, Harris will face a tricky task managing the US trade relationship with South Korea, which Trump has repeatedly criticized as unfair. Trump has also at times questioned the usefulness of the long-standing US alliance with South Korea and called on Seoul to pay more for the US troop presence.

The Trump administration has been criticized by opponents for leaving key State Department positions unfilled, while the White House has blamed Democrats for blocking nominations.