PRESIDENT Donald Trump has hammered the "unreasonable governors who got carried away" with coronavirus shutdown guidelines.

The comment came as thousands of Americans protested that the country should be reopened. 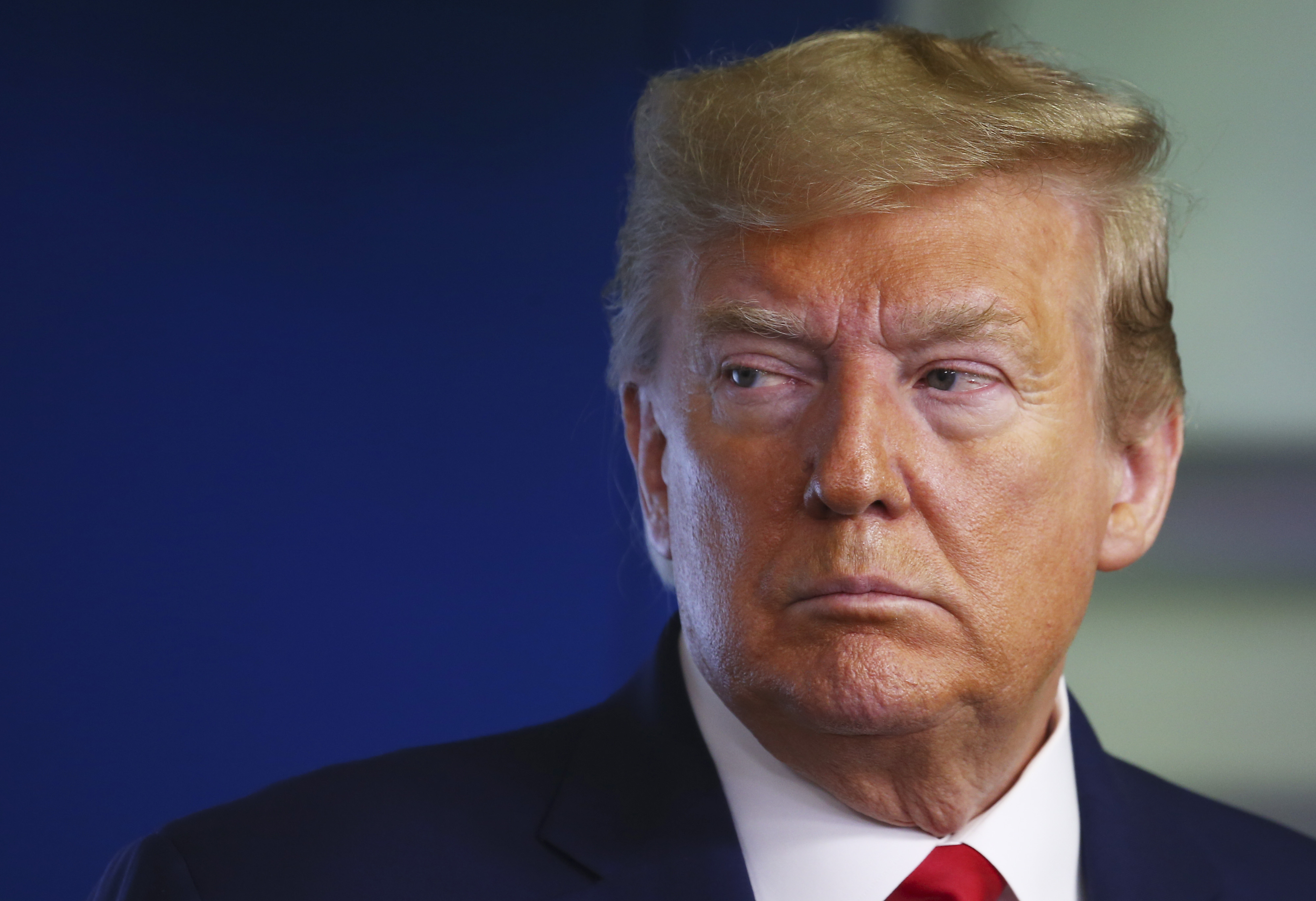 During his White House press conference on Saturday, Trump said: "I just think that some of the governors have gotten carried away."

Namely speaking about the restrictions that have been put in place in Michigan, the president said: “Don’t buy paint.

"Don’t buy roses… she’s got all these crazy things.

"Some of them are being unreasonable, I really believe that."

– More protests broke out in Texas, where people are shouting "fire Fauci" 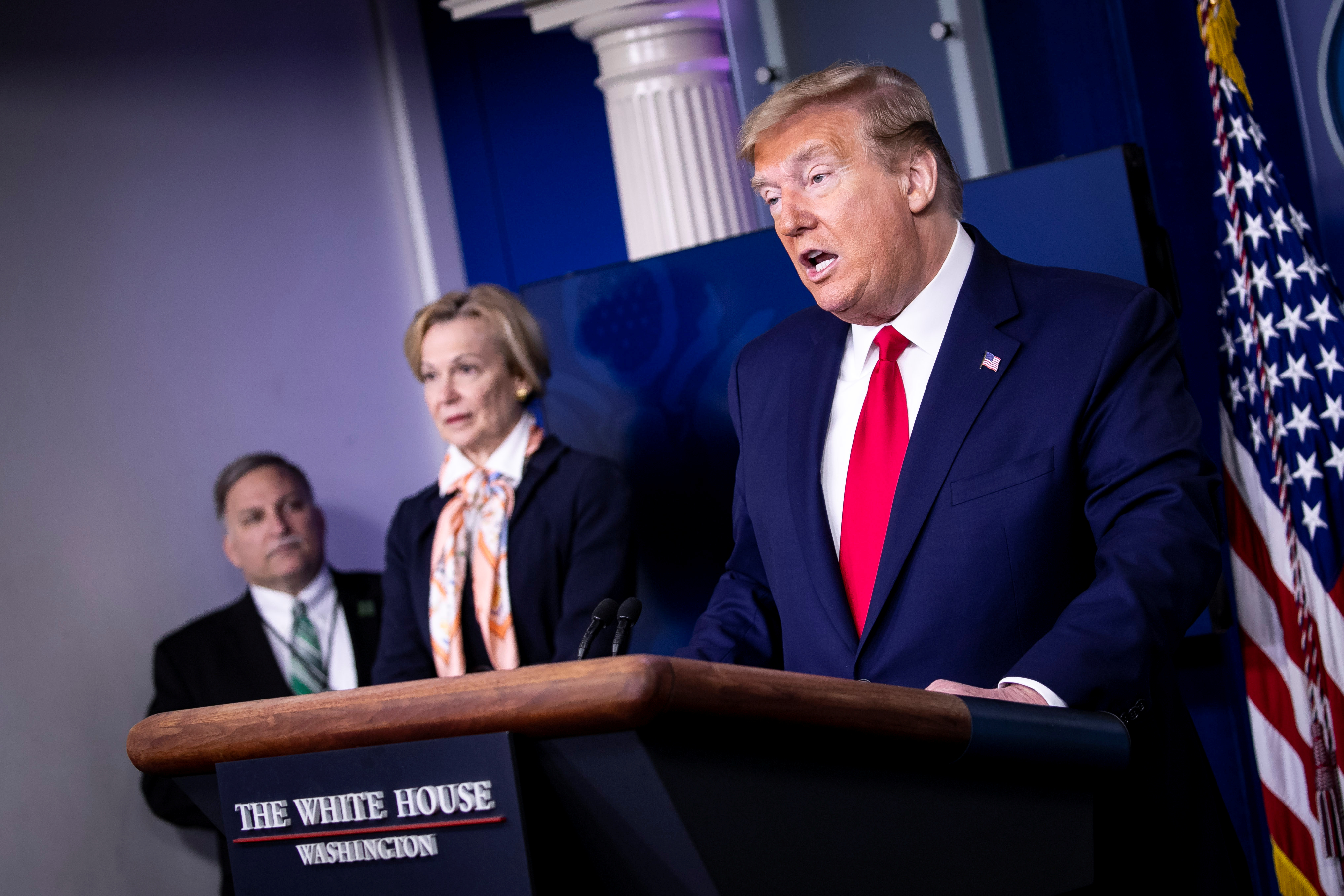 The president also commented on Virginia's new legislature on a number of gun control measures.

“When you look at Virginia… they want to take your guns away — they want to violate your Second Amendment,” Trump said.

Some Americans who agree with the president's comments have been protesting that the country should be reopened.

On Saturday, protests broke out across America, including New York City, Texas, San Diego and Chicago.

Some of which were "Freedom Rally" protests, for those who are fighting against the stay-at-home orders.

The demonstrations have led to governors feeling increased heat to reopen their states.

Some of the weekend's protests took place at the Texas Capitol and even in front of the Indiana governor’s home. 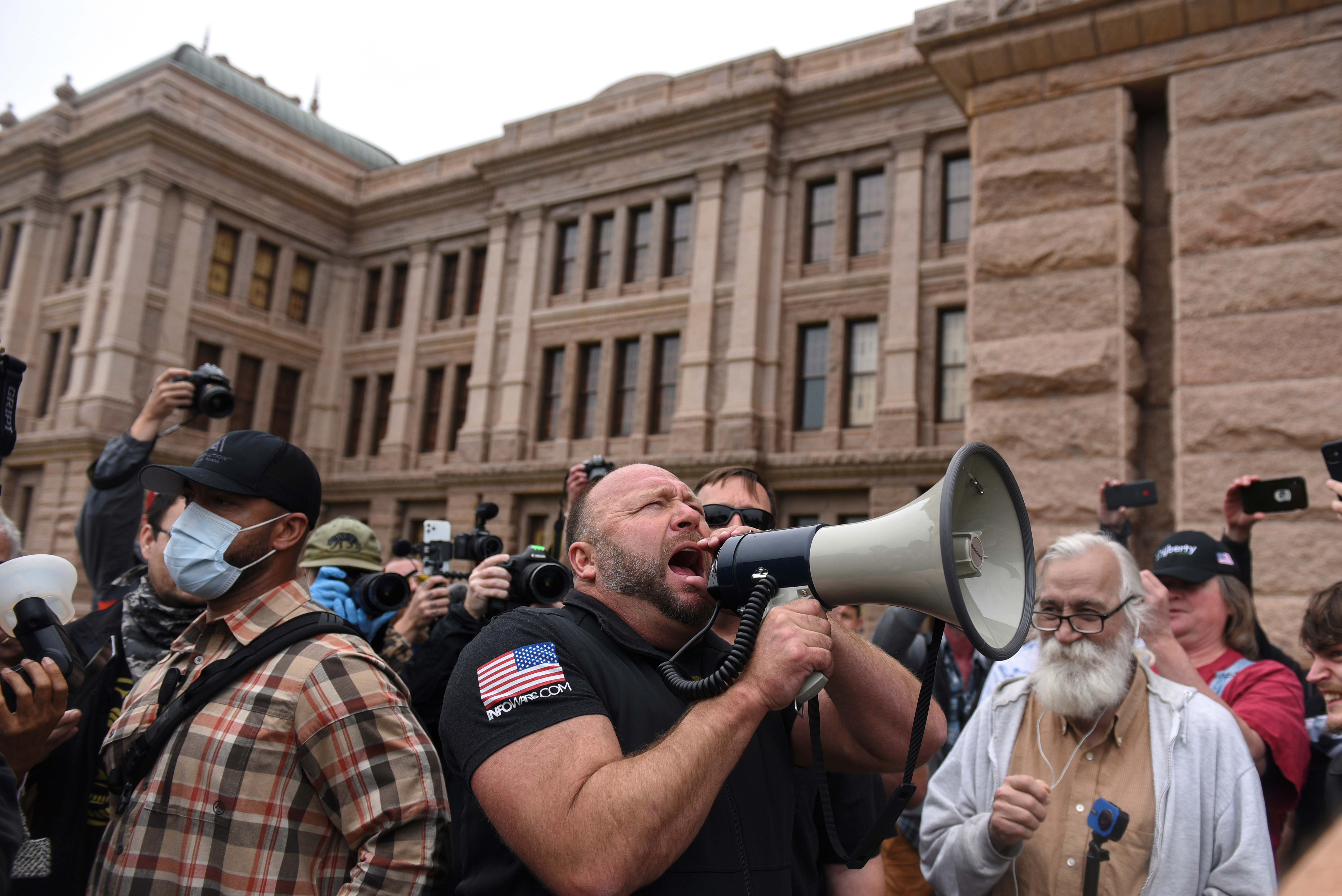 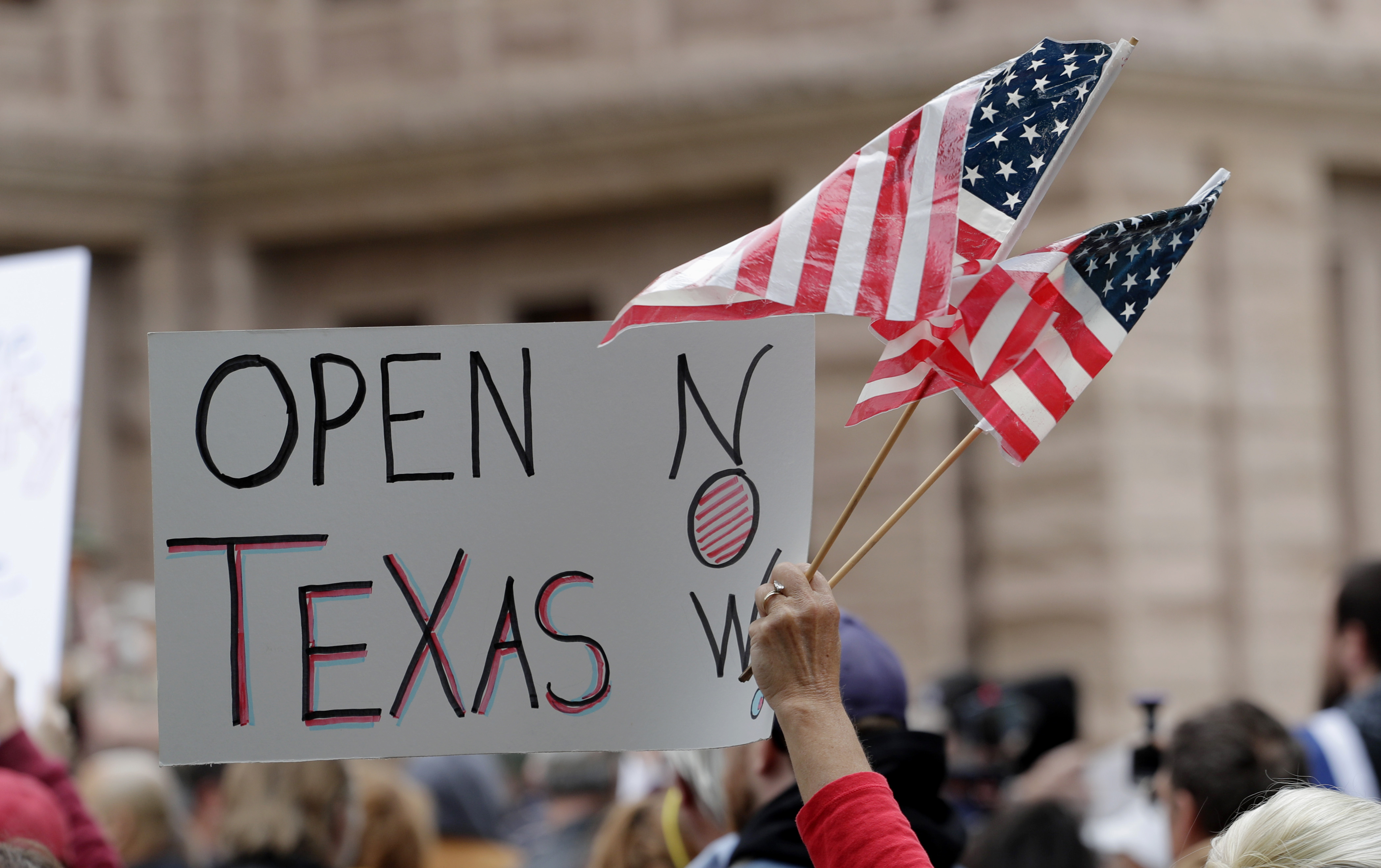 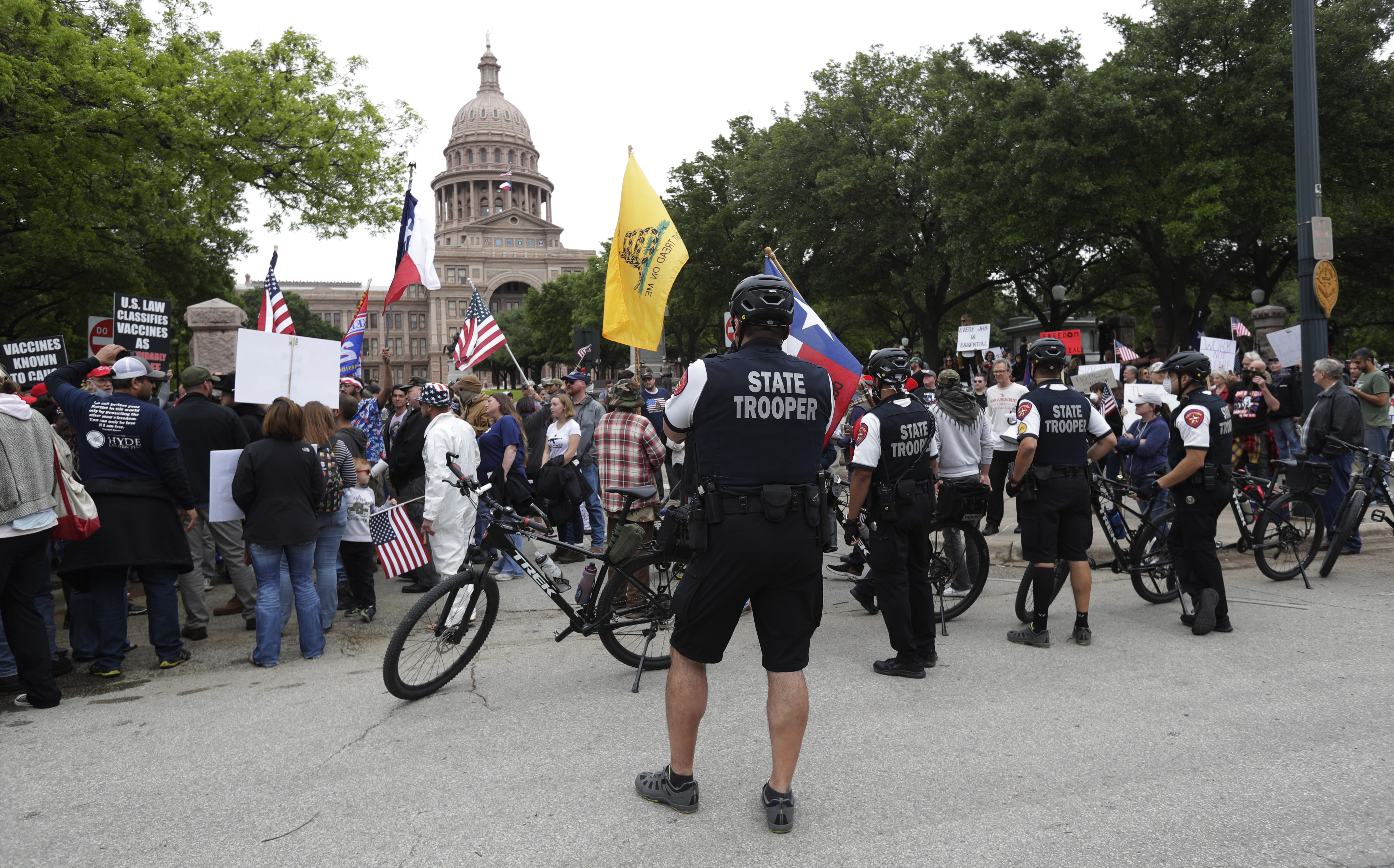 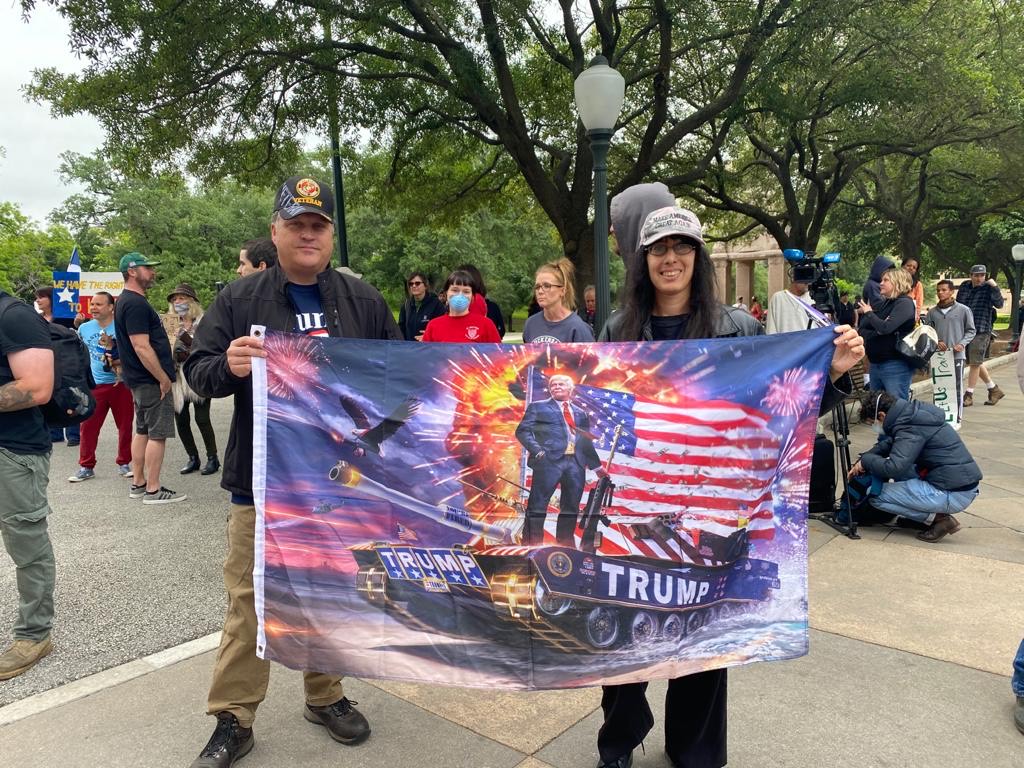 Many sought an immediate lifting of restrictions and chanted “Let us work!”

The rally was organized by a host of Infowars, owned by conspiracy theorist Alex Jones, who joined protesters on the Capitol steps.

More than 200 people stood close together outside the governor’s mansion in Indianapolis, carrying American flags and signs demanding that Holcomb lift restrictions. 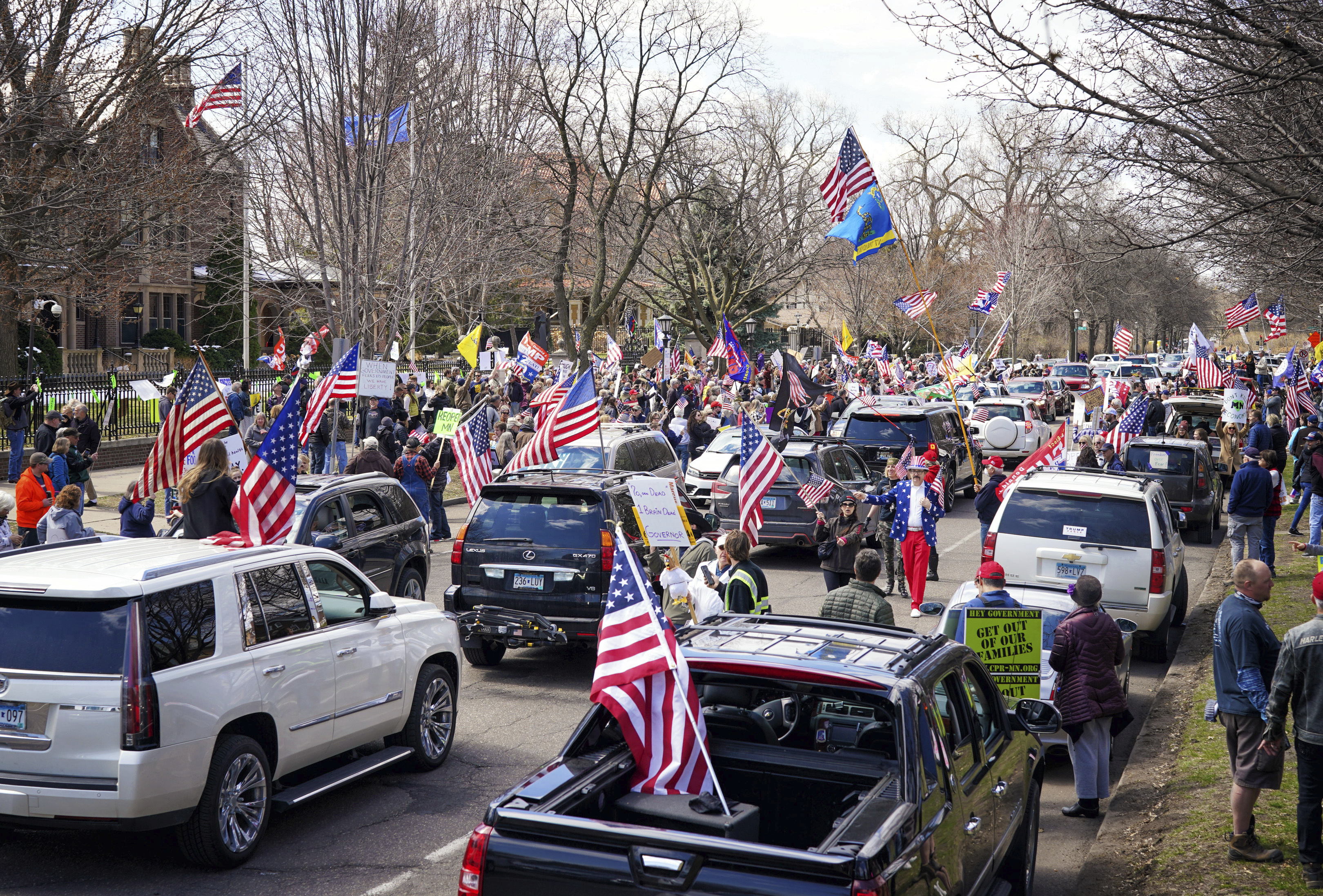 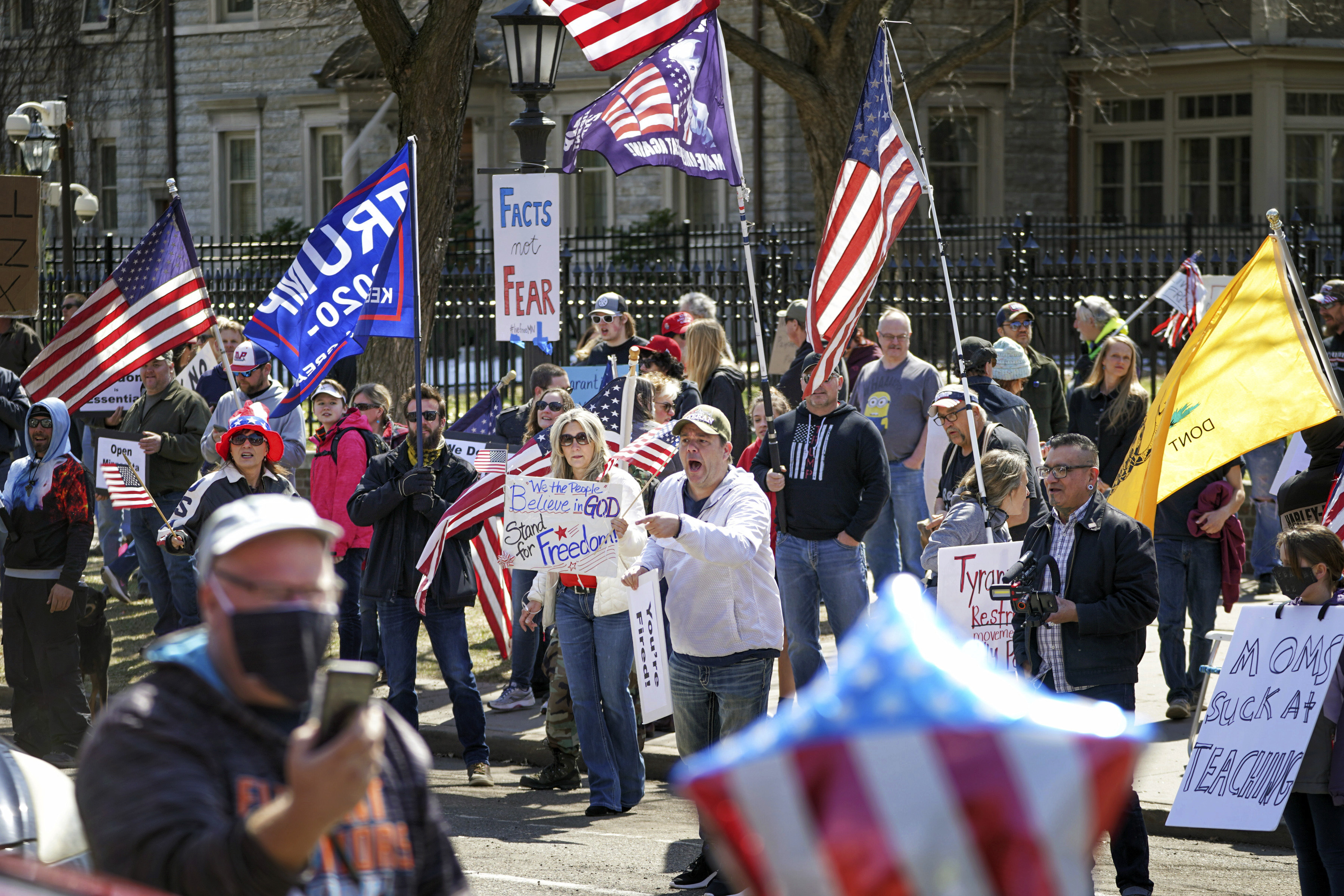 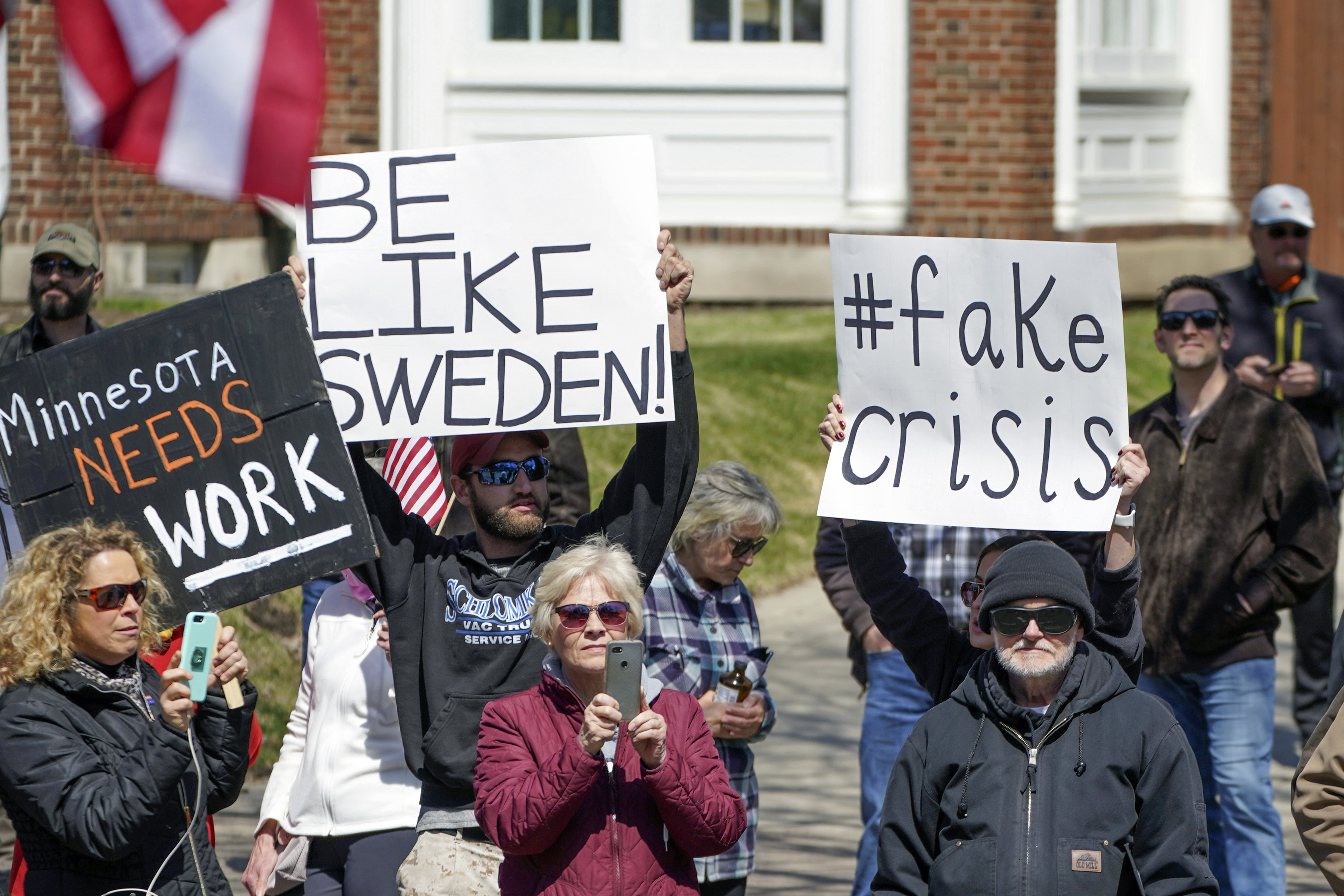 Indiana Governor Eric Holcomb — who signed an agreement with six other Midwestern states to coordinate reopening — said he would extend his stay-at-home order until May 1.

However, protests in Chicago and New York City also took place – however these targeted the president.

A group of protesters left fake body bags outside of Trump International hotels in representation of those who have died from the coronavirus.

Several fake body bags were lined up outside of the Central Park hotel on Saturday, which appeared to have been made out of trash bags and tape. 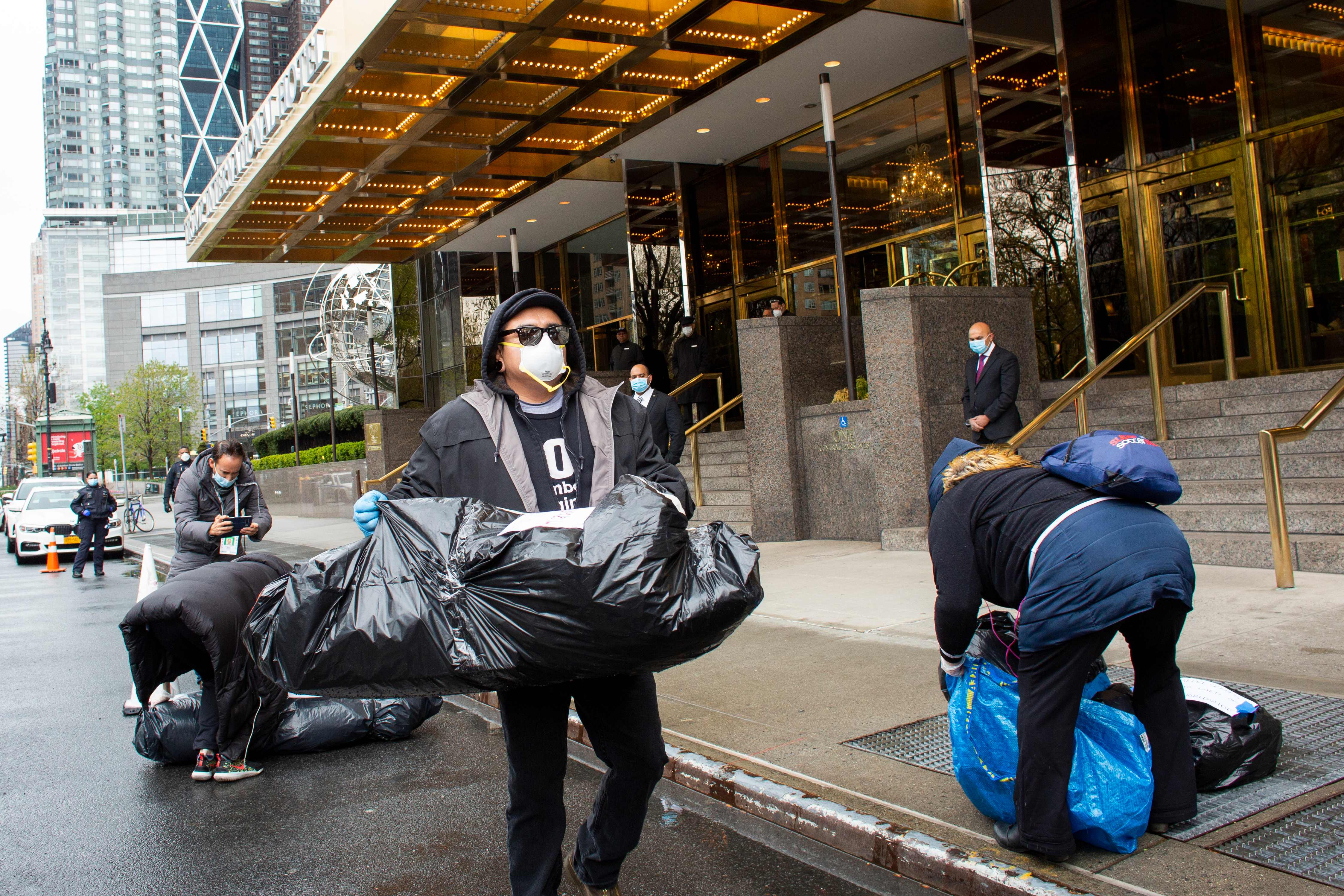 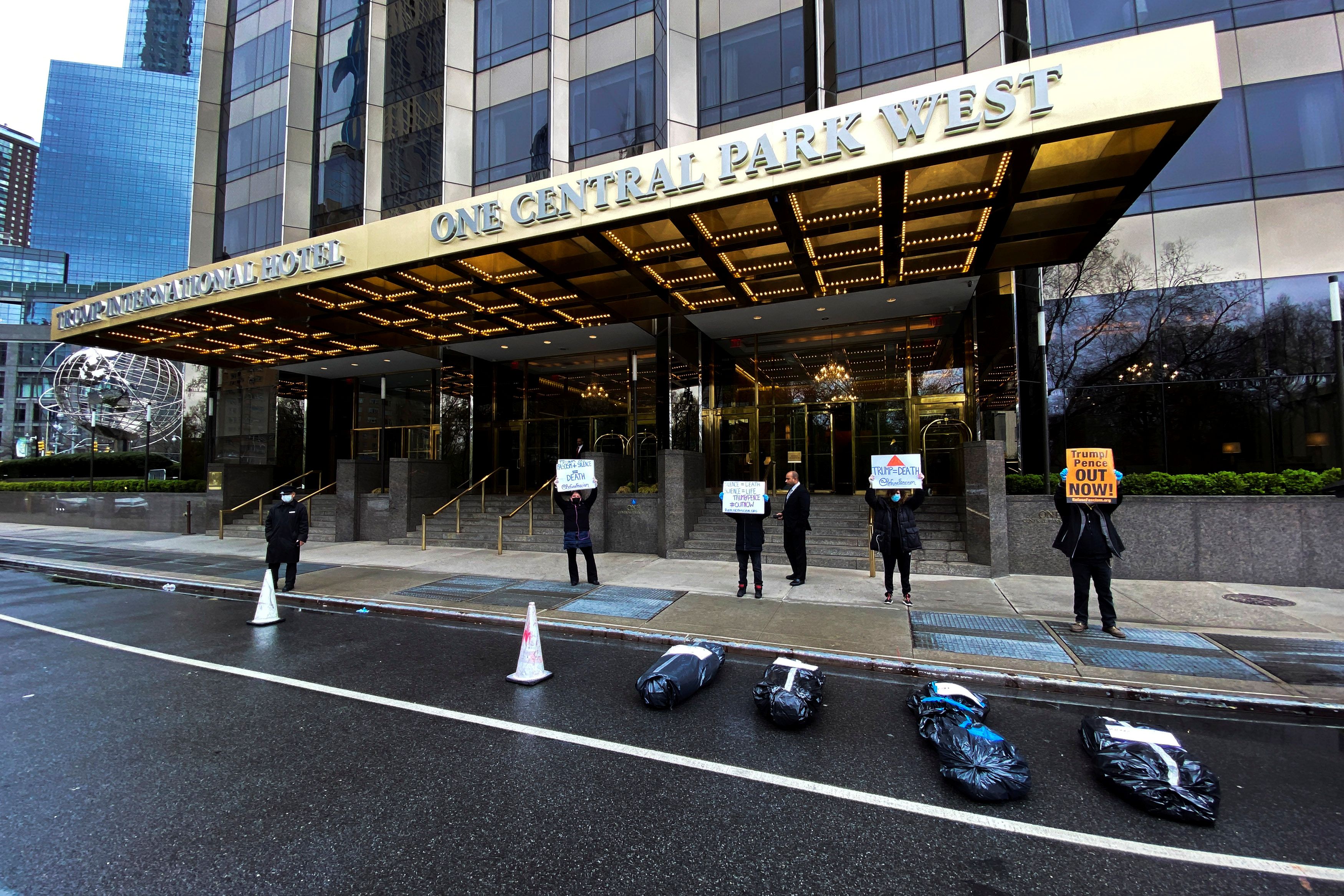 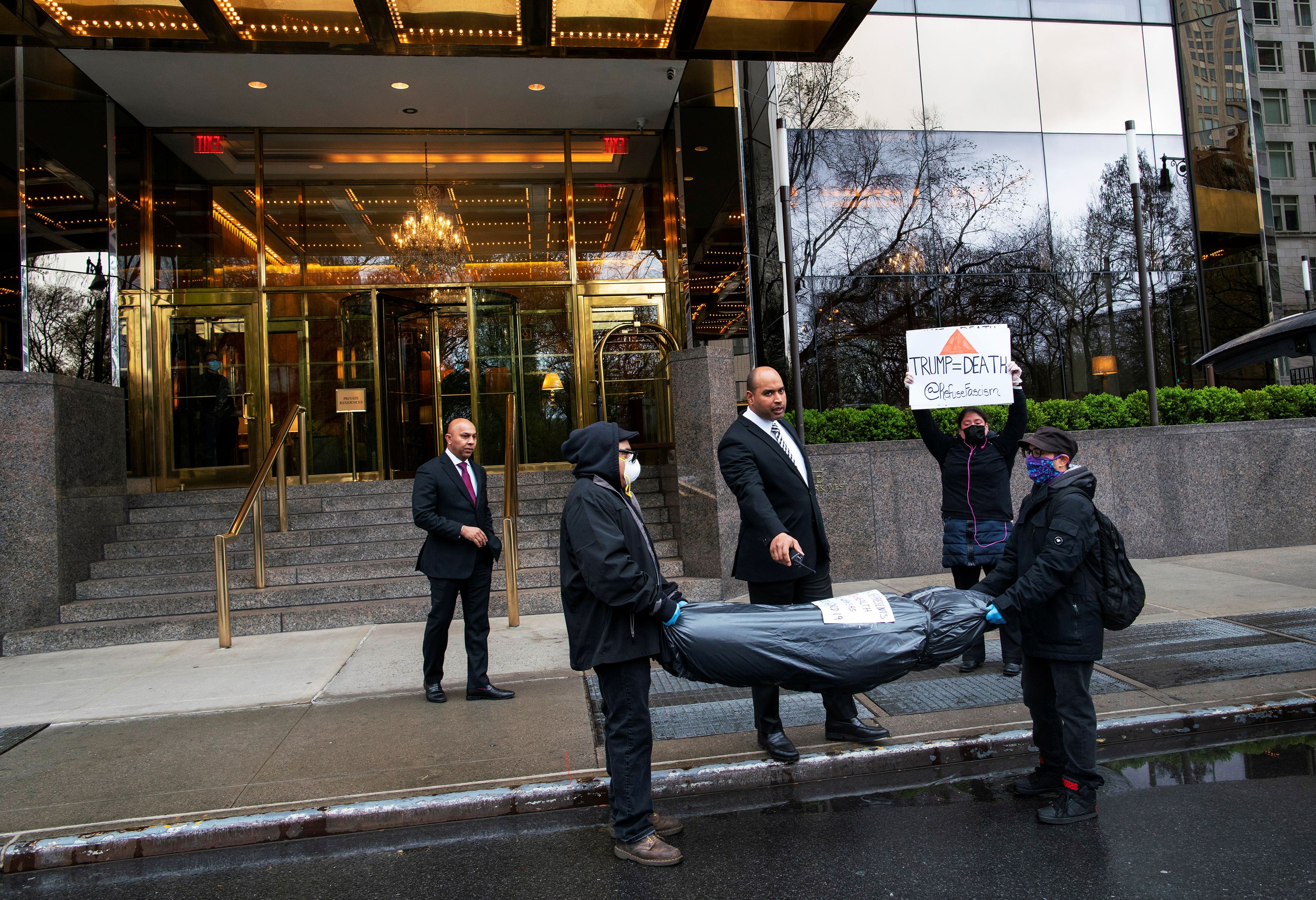 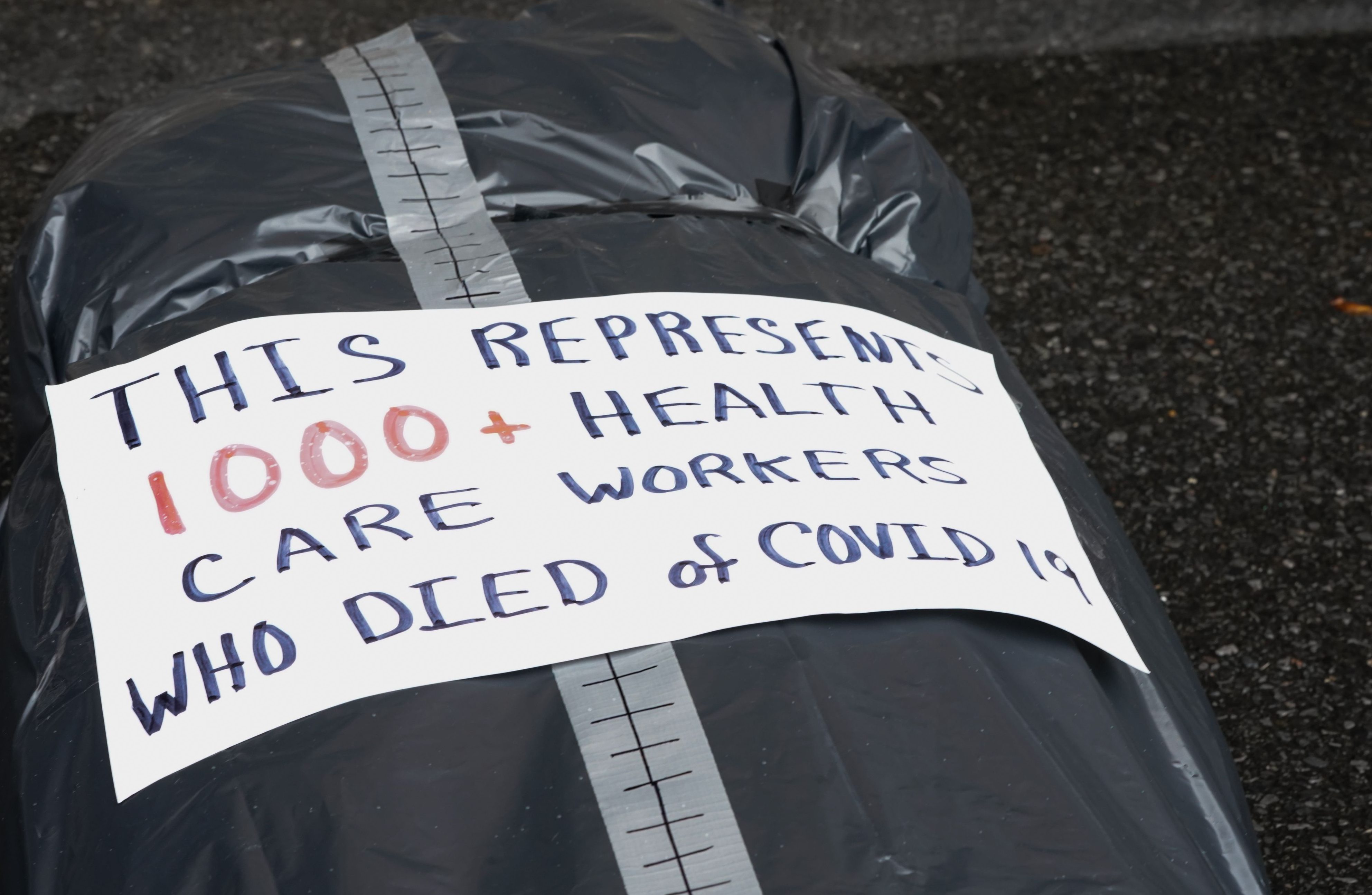 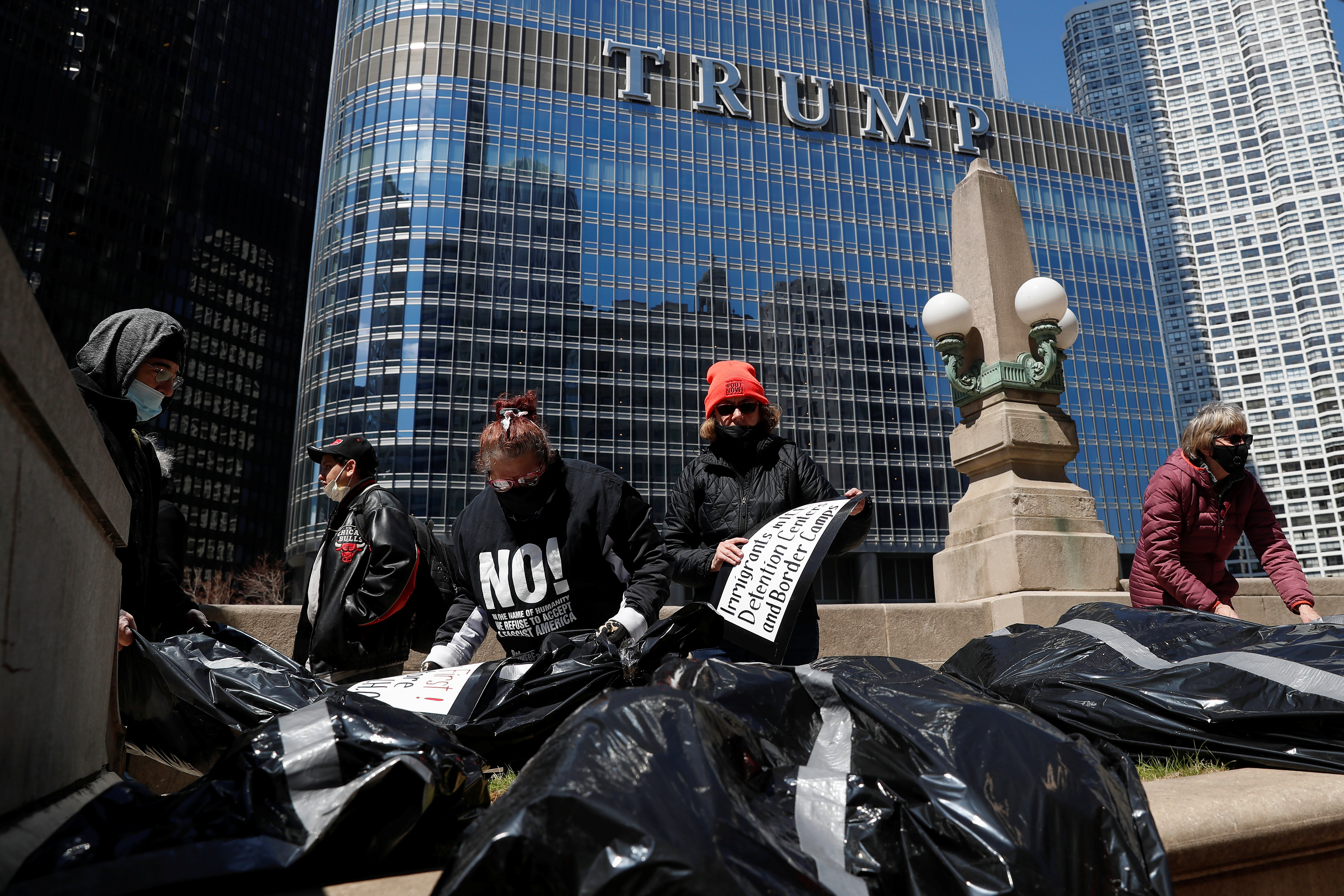 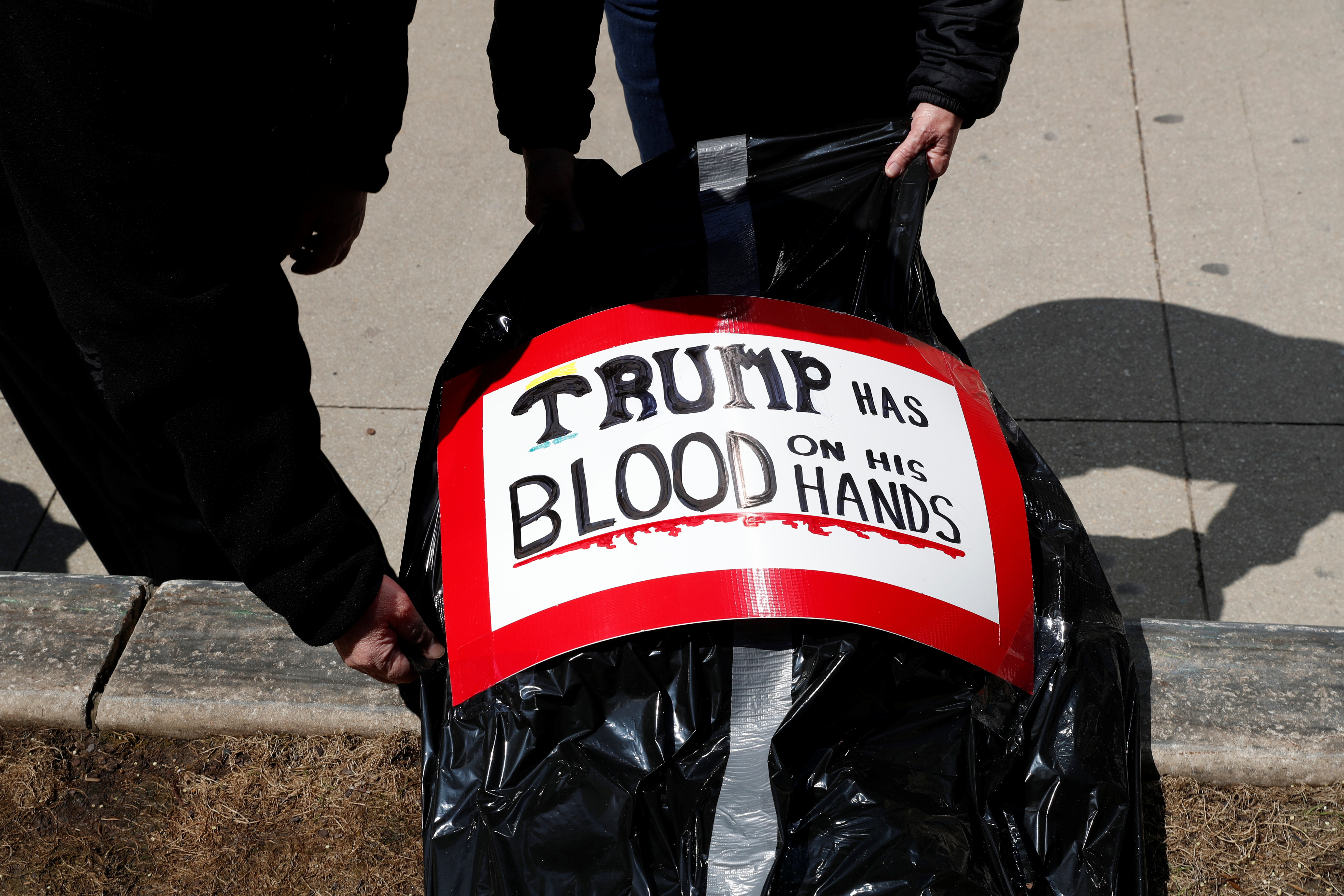 Attached to the "bags" were notes from the protesters which read: "THIS REPRESENTS IMMIGRANTS WHO DIED OF COVID-19 IN ICE CUSTODY" and "TRUMP = DEATH".

The group, who named themselves as Refuse Fascism, could also be seen holding placards outside the famous hotel.

The current coronavirus death toll in the US is 37,135.

The total number of confirmed cases is currently 709,201.

However, at least 59,997 people have recovered from the deadly disease. 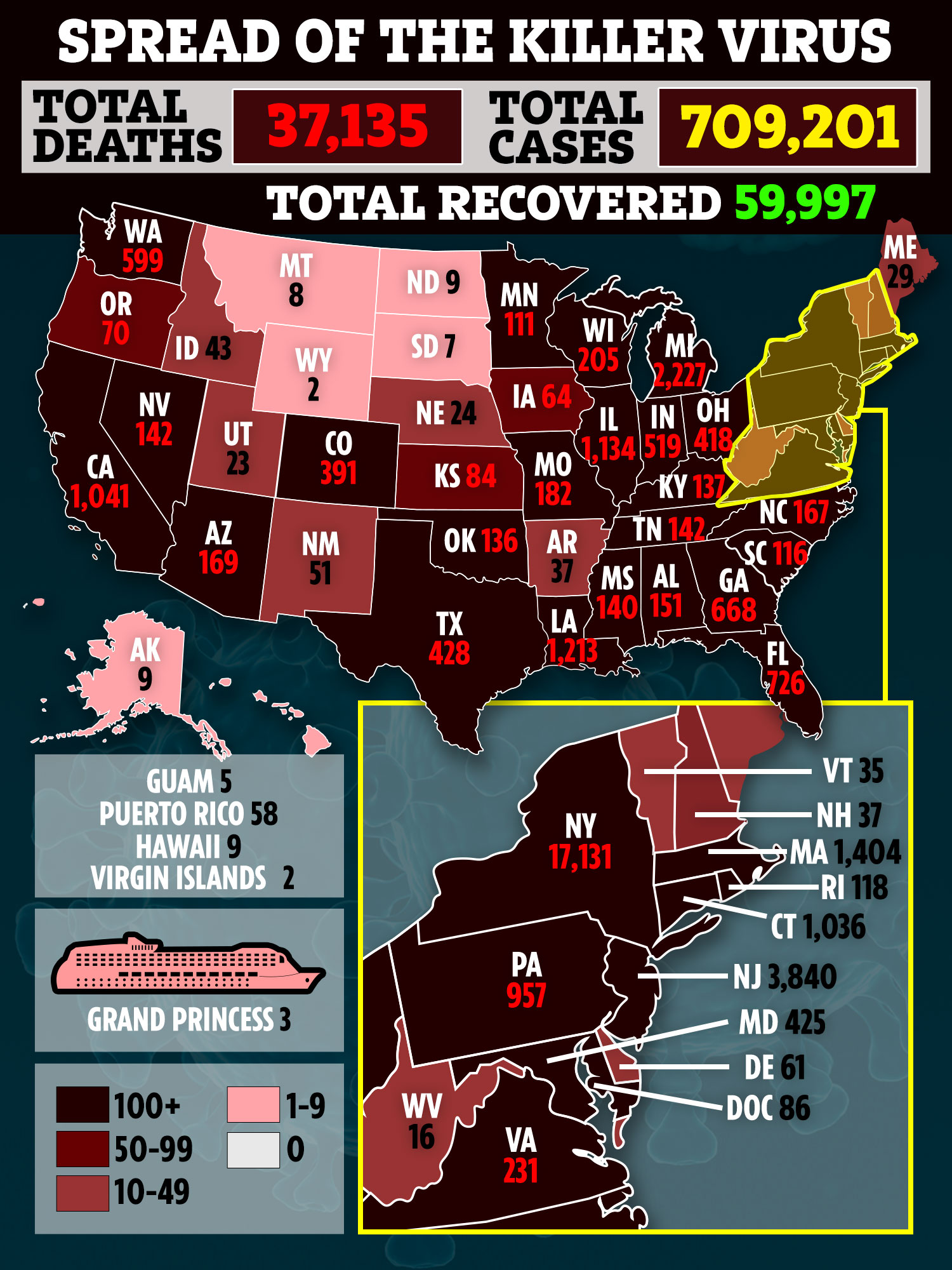