President Donald Trump is hinting he and Kim Jong-Un could have another meeting, thanking the North Korean leader for his recent letter and adding ‘I look forward to seeing you soon.’

Details of the letter haven’t been released by White House press secretary Sarah Sanders confirmed a letter from Kim was received by the administration on August 1.

‘The ongoing correspondence between the two leaders is aimed at following up on their meeting in Singapore and advancing the commitments made in the US-DPRK join statement,’ she said in a statement Thursday. 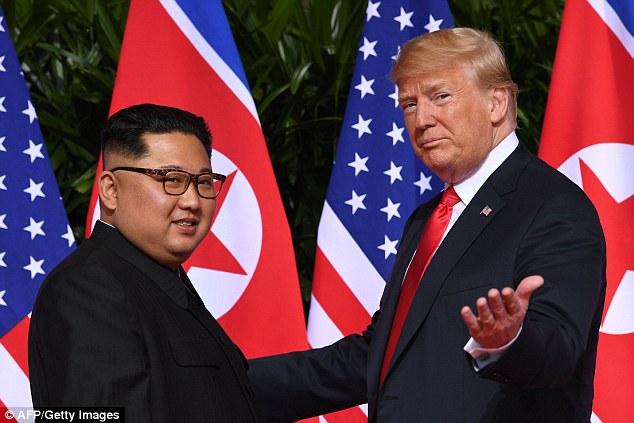 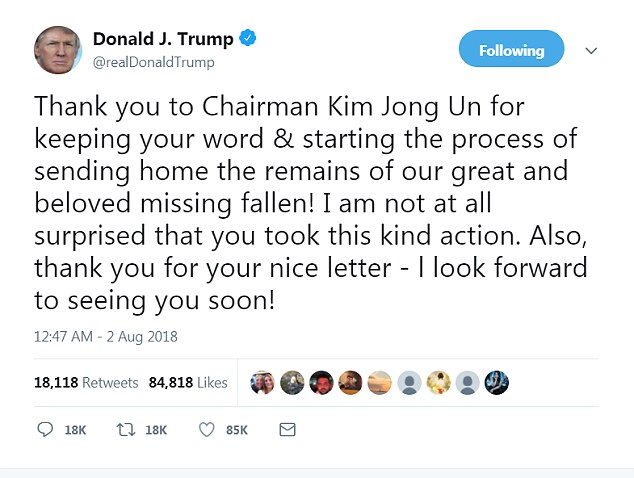 Trump consistently touts the Singapore Summit as a diplomatic success 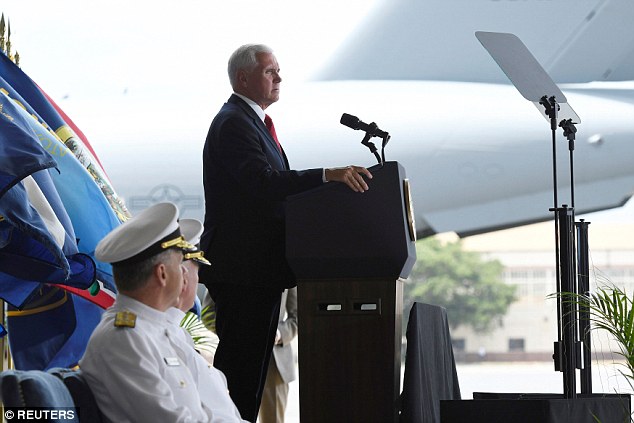 Vice President Pence was in Hawaii to greet the remains

Trump has continually touted his June Singapore summit as a success and praised Kim.

He also thanked the leader for returning the suspected remains of U.S. soldiers killed in Korean War.

‘Thank you to Chairman Kim Jong Un for keeping your word & starting the process of sending home the remains of our great and beloved missing fallen! I am not at all surprised that you took this kind action. Also, thank you for your nice letter – l look forward to seeing you soon!,’ the president tweeted Thursday morning.

Vice President Mike Pence was in Hawaii to greet the returns.

He said the return was a strong indication of the progress being made in the on-going negotiations with the communist nation.

‘Very early in our administration President Trump took a strong stand and said that we would not tolerate the presence of nuclear weapons and missiles in the possession of North Korea that could threaten the United States or our allies,’ Pence told Fox News Channel.

‘Those negotiations and discussions are ongoing. As I said today, we saw this promise kept by North Korea as evidence of the progress that we are making and we continue to remain hopeful that we will achieve the aim that’s eluded the world for decades – a nuclear free Korean peninsula. And that we’ll bring our boys home,’ he said.

He aded: ‘We are very hopeful that in today’s events there is further evidence that promises made in Singapore by North Korea will be kept.’

Kim also sent a letter to Trump in mid-July in which the North Korean leader said he hoped there would be a second meeting between the two.

A report from Axios last month said Trump could dangle a second meeting Kim this September as a reward for taking steps toward denuclearization. The timing would coincide with the U.N. General Assembly meeting when world leaders gather in New York City. 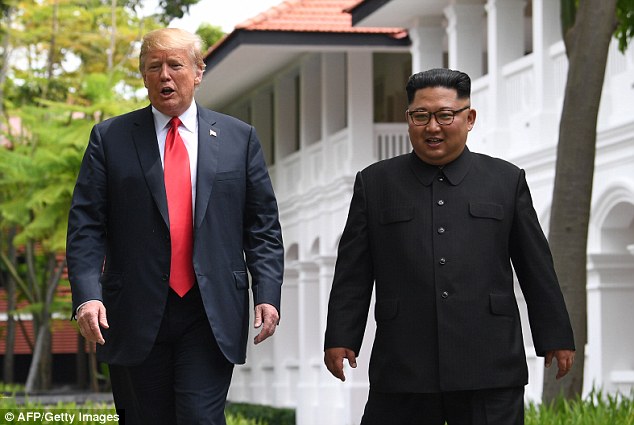 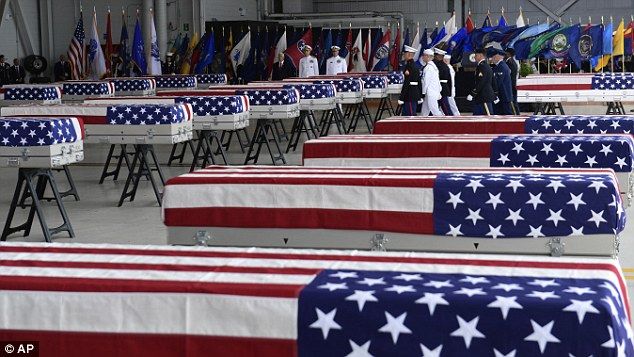 Vice President Mike Pence, back left, watches as military members carry transfer cases believed to be the remains of American service members who fell in the Korean War 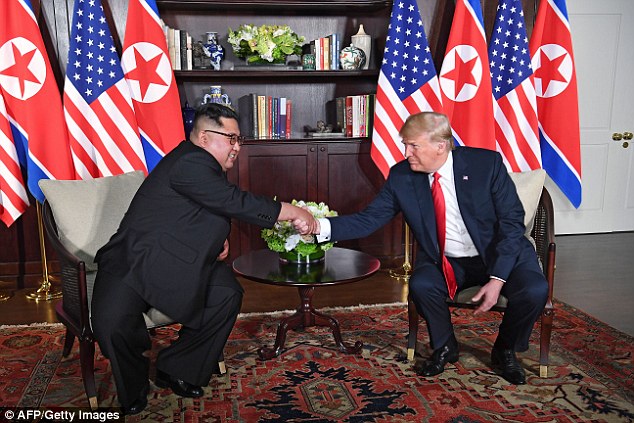 Trump and Kim could meet in New York in September as part of the U.N. Assembly meeting

But there are reports North Korea continues to build nuclear missiles.

Trump and Kim’s deal in Singapore was criticized for a lack of specifics on the denuclearization process, no timetable for progress and no verification system. The administration said those details would be worked out a later date.