JERUSALEM (Reuters) – A U.S.-led conference in Bahrain designed to drum up investment in the Palestinian economy and pave a path to peace with Israel has gone largely unremarked by Israelis preoccupied with a political crisis and their arch-foe Iran. 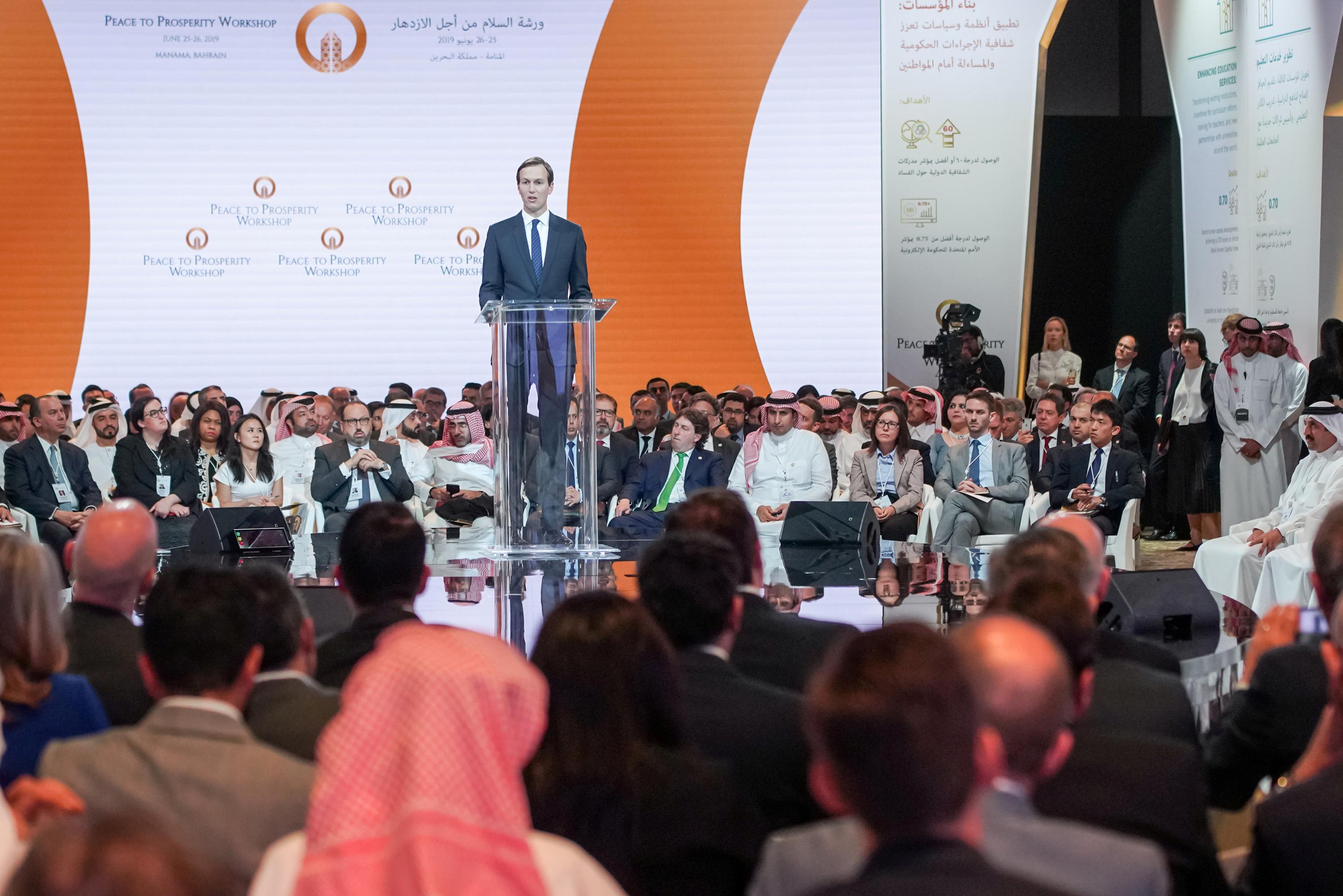 Palestinians, who view the Trump administration as biased towards Israel, boycotted this week’s meeting in Manama.

It was also held without an official Israeli delegation.

Organizers said privately this was due to worry about a further dent to the event’s credibility after an election in Israel in April election failed to produced a new coalition government.

With Prime Minister Benjamin Netanyahu facing proliferating challengers in a new election due in September, and beset by corruption scandals, the hazier-than-ever peacemaking horizon with the Palestinians drew scant discussion in Israeli media.

Economy Minister Eli Cohen went as far as to suggest that Bahrain may have closed the door on further diplomacy.

“We see, really, that they do not want a peace accord. They simply don’t want us here…Again, the Palestinians’ true face has been exposed.”

The Palestinians, who have shunned the United States since it recognized disputed Jerusalem as Israel’s capital in late 2017, suspected the conference sought to lure them into surrendering their statehood goal in return for global financial relief.

It is not clear whether a peace plan promised by the Trump administration will call for a “two-state solution” sought by the Palestinian Authority and backed internationally, which involves creation of a Palestinian state alongside Israel.

Netanyahu voiced conditional acceptance in 2009 of a future demilitarized Palestinian state. He has since said its creation would not happen on his watch and that he plans to annex some Jewish settlements in the occupied West Bank, communities many countries view as illegal.

Stalled since 2014, peacemaking has been on a backburner for some Israelis, while others feel a need to work for coexistence.

“This is a matter that’s important to me. We need an end to this situation,” said Jerusalem chef Israel Bachar, 45.

“It’s a little odd that the Americans held this (Bahrain) conference without convening the two main parties involved. I don’t think it’s helpful to try to impose things from outside.”

Netanyahu described the Bahrain gathering as part of a U.S. effort “to bring about a better future and solve the region’s problems”.

Two days before it opened, he toured the strategic Jordan Valley, the eastern-most part of the West Bank that borders Jordan, with U.S. National Security Adviser John Bolton and said Israel must retain a presence there in any peace deal.

Israeli journalists were at Bahrain, a rarity for a Gulf state that does not formally recognize Israel. The resulting coverage focused as much on wider Israeli-Arab contacts and Bahrain’s tiny Jewish community as on the Palestinian no-shows.

Cohen, a member of Netanyahu’s security cabinet, said Arab delegates saw Bahrain as a chance to close ranks with Israel on bilateral commerce and in the face of a common adversary.

“This was, in fact, a regional summit against Iran,” he said. “We see here a coalition in the Middle East…They (Arab powers) understand that their security threat is Iran.”

Washington and Tehran have exchanged threats and heated rhetoric in recent weeks, with a U.S. increasing sanctions on Iran and Iranian forces shooting down a U.S. drone in the Gulf. 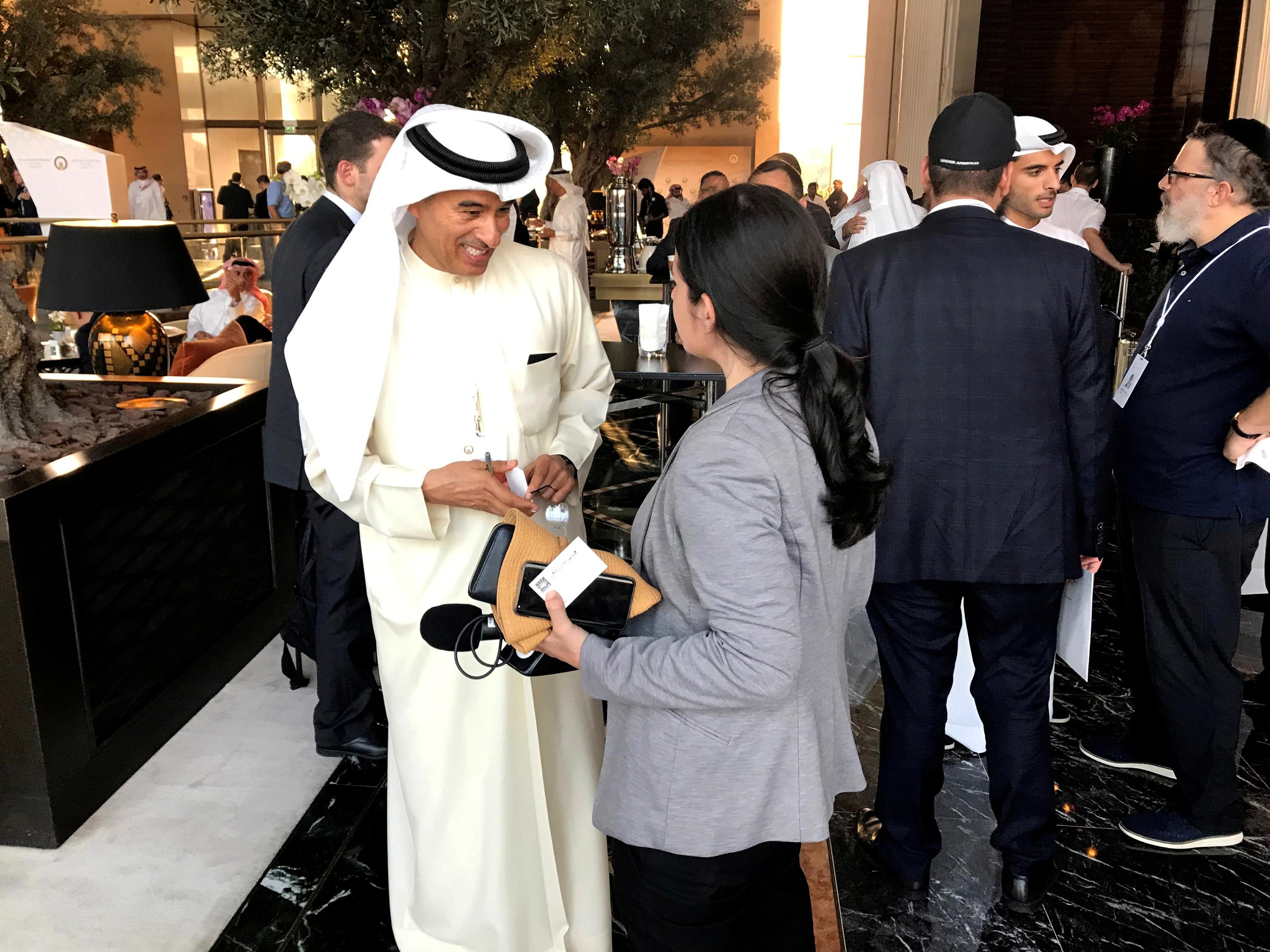 The Institute for National Security Studies at Tel Aviv University gave a cautious welcome to the initiatives announced in Manama, including a global investment fund for the Palestinians. But it said these could not trump statecraft.

“While a willingness to earmark huge investments in economy, infrastructure, education, health, and welfare in the West Bank and Gaza Strip should be good news…what is also required is a political plan that is both creative and beneficial to the Palestinians,” INSS scholars Tomer Fadlon and Sason Hadad wrote.

Israel captured the West Bank and Gaza in the 1967 Middle East war. It pulled its troops and settlers out of Gaza in 2005 and Hamas Islamists, who have called for Israel’s destruction, now rule the enclave. Palestinians seek both territories for a future state.