LOS ANGELES/JEDDAH (Reuters) – U.S. President Donald Trump said on Wednesday there were many options short of war with Iran after U.S. ally Saudi Arabia displayed remnants of drones and missiles it said were used in a crippling attack on its oil sites that was “unquestionably sponsored” by Tehran.

Trump, who earlier said on Twitter that he had ordered the U.S. Treasury to “substantially increase sanctions on the country of Iran!” told reporters the unspecified, punitive economic measures would be unveiled within 48 hours.

Trump’s tweet followed repeated U.S. assertions that the Islamic Republic was behind Saturday’s attack and came hours after Saudi Arabia said the strike was a “test of global will”.

Iran again denied involvement in the Sept. 14 raids, which hit the world’s biggest crude oil processing facility and initially knocked out half of Saudi output. Saudi Arabia is the world’s leading oil exporter.

Responsibility was claimed by Yemen’s Iran-aligned Houthi group, which on Wednesday gave more details of the raid, saying it was launched from three sites in Yemen.

In a remark that may further strain an already tense political atmosphere in the Gulf, the Houthis also said they had dozens of sites in the United Arab Emirates, Riyadh’s top Arab ally, listed as possible targets for attacks.

In an attempt to bolster its assertion that Iran was responsible, Saudi Arabia showed drone and missile debris it said amounted to undeniable evidence of Iranian aggression.

A total of 25 drones and missiles were used in the attacks launched from Iran, not Yemen, Defense Ministry spokesman Colonel Turki al-Malki told a news conference.”The attack was launched from the north and unquestionably sponsored by Iran,” he said, adding Iranian Delta Wing unmanned aerial vehicles (UAV) were used in addition to cruise missiles.

An investigation into the origin of the attacks was still under way and the result will be announced later, he said.

Proof of Iranian responsibility, and in particular firm evidence that the attack was launched from Iranian territory, could pressure Riyadh and Washington into a response. Both nations, however, were stressing the need for caution.

Trump has previously said he does not want war and is coordinating with Gulf and European states.

Crown Prince Mohammed bin Salman, Saudi Arabia’s de facto ruler, said the strike was a “real test of the global will” to confront subversion of the international order.

His envoy to London, Prince Khalid bin Bander, told the BBC the attack was “almost certainly” Iranian-backed: “We’re trying not to react too quickly because the last thing we need is more conflict in the region.”

The Islamic Republic dismissed the allegations.

“We don’t want conflict in the region … Who started the conflict?” he added, blaming Washington and its Gulf allies for the war in Yemen.

The raid exposed the vulnerability of Saudi Arabia’s oil infrastructure and threw down a gauntlet to the United States, which wants to curb Iranian influence in the region. “The attack is like Sept. 11th for Saudi Arabia, it is a game changer,” said one Saudi security analyst. 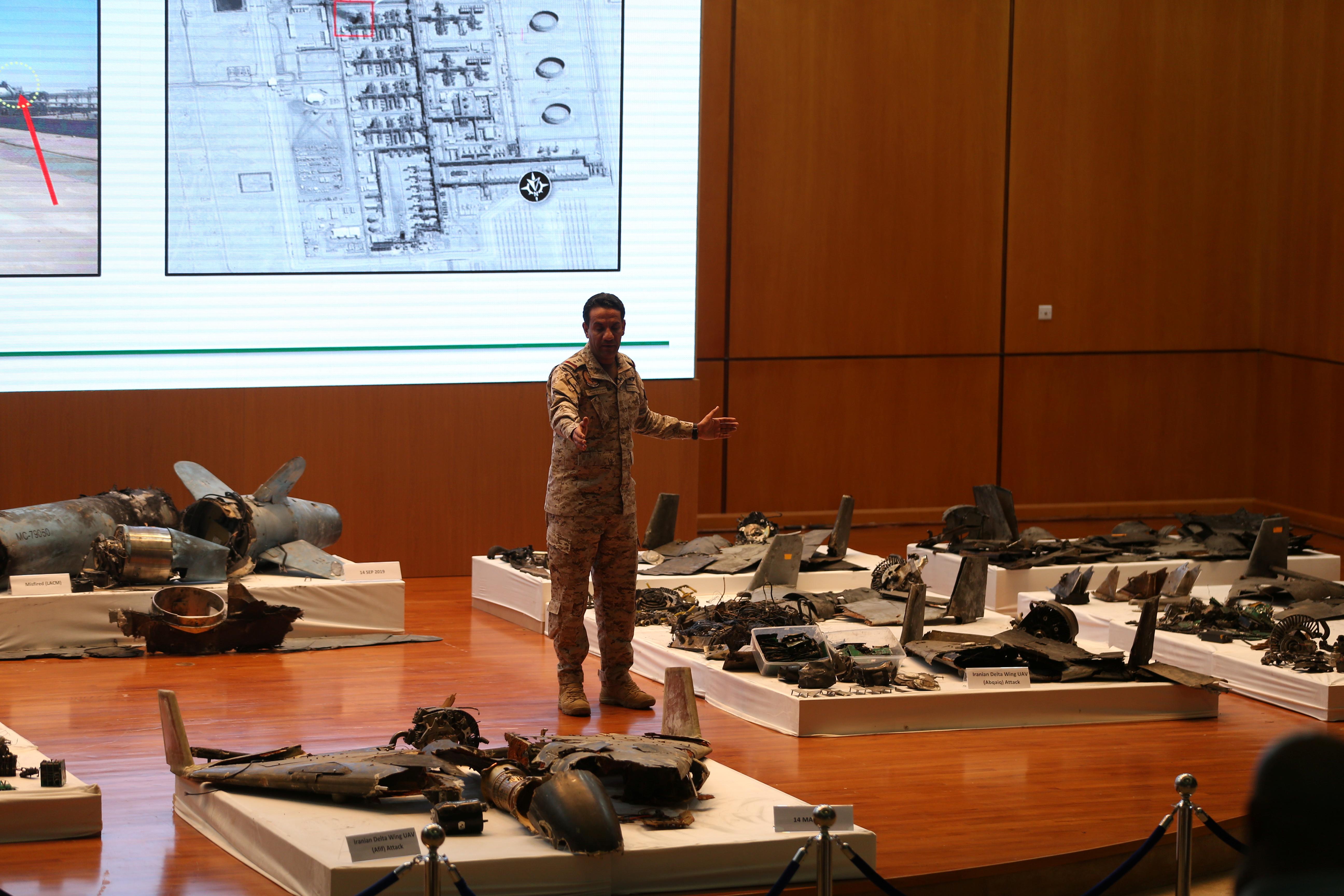 U.S. Secretary of State Mike Pompeo landed in Jeddah on Wednesday and was due to meet Prince Mohammed to discuss the crisis, before heading to the UAE.

U.N. officials monitoring sanctions on Iran and Yemen were also heading to Saudi Arabia to investigate. Secretary-General Antonio Guterres warned that a major confrontation in the Gulf would have “devastating consequences” for the region and globally.

France, which is trying to salvage an international nuclear deal with Iran that Washington quit last year, said it wanted to establish the facts before reacting.

A U.S. official told Reuters on Tuesday the strikes originated in southwestern Iran. Three officials said they involved cruise missiles and drones, indicating a higher degree of complexity and sophistication than initially thought.

The officials did not provide evidence or explain what U.S. intelligence they were using for evaluating the attack.

Saudi Arabia’s finance minister told Reuters the attack had no impact on revenues and Aramco was continuing to supply markets without interruption.

U.S. efforts to bring about a U.N. Security Council response looked unlikely to succeed as Russia and China have veto powers and were expected to shield Iran.

Russian President Vladimir Putin, who has offered to sell defense systems to Riyadh, called for a “thorough and impartial” probe during a phone call with Prince Mohammed.

The 2015 nuclear deal ushered in a brief detente in long hostile relations between Iran and the United States. But antagonism returned when Trump pulled out of the pact, reached before he took office, and reimposed sanctions, severely damaging the Iranian economy. Iran has ruled out talks with Washington unless it returns to the pact. 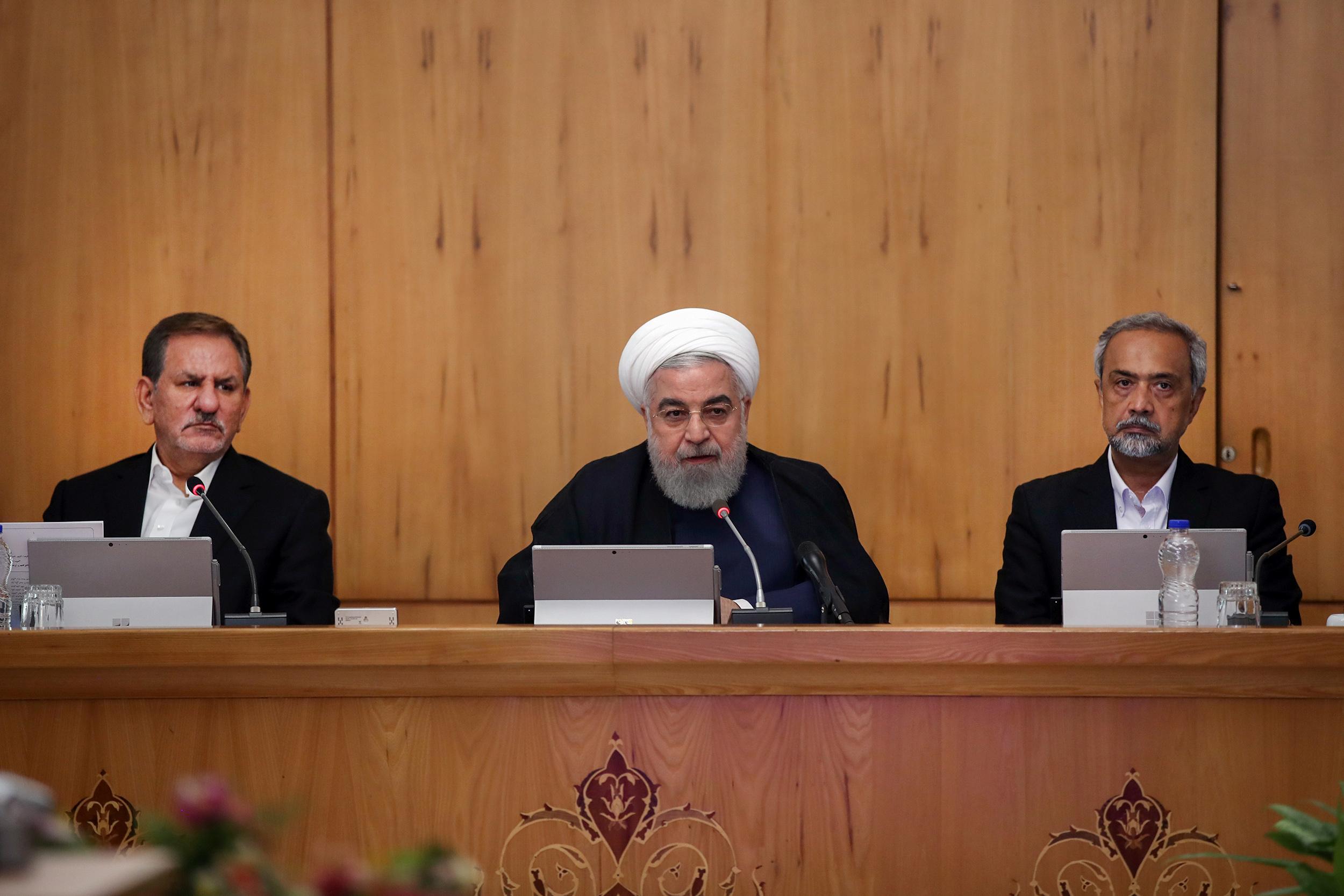 Trump said he is not looking to meet Rouhani during a U.N. event in New York this month. Rouhani and his foreign minister may not attend the General Assembly at all unless U.S. visas are issued in the coming hours, Iranian state media reported on Wednesday.

Washington and its Gulf allies want Iran to stop supporting regional proxies, including in Yemen, Iraq and Lebanon.

Despite years of air strikes against it, the Houthi movement boasts drones and missiles able to reach deep into Saudi Arabia, the result of an arms race since the Western-backed coalition intervened in Yemen in March 2015.

Iran’s clerical rulers support the Houthis, who ousted Yemen’s internationally recognized government from power in the capital Sanaa in late 2014. But Tehran denies that it actively arms and finances the Houthi movement.