THE Trump administration signed contracts worth $900 million with a subsidiary of pharmaceutical giant Johnson & Johnson to produce a coronavirus vaccine as the president downplayed the threat of COVID-19.

A February document even shows that the government recognized there was a "coronavirus outbreak," but in the weeks that followed President Trump downplayed the threat and held four rallies across the country which, by his own account, attracted close to 200,000 people. 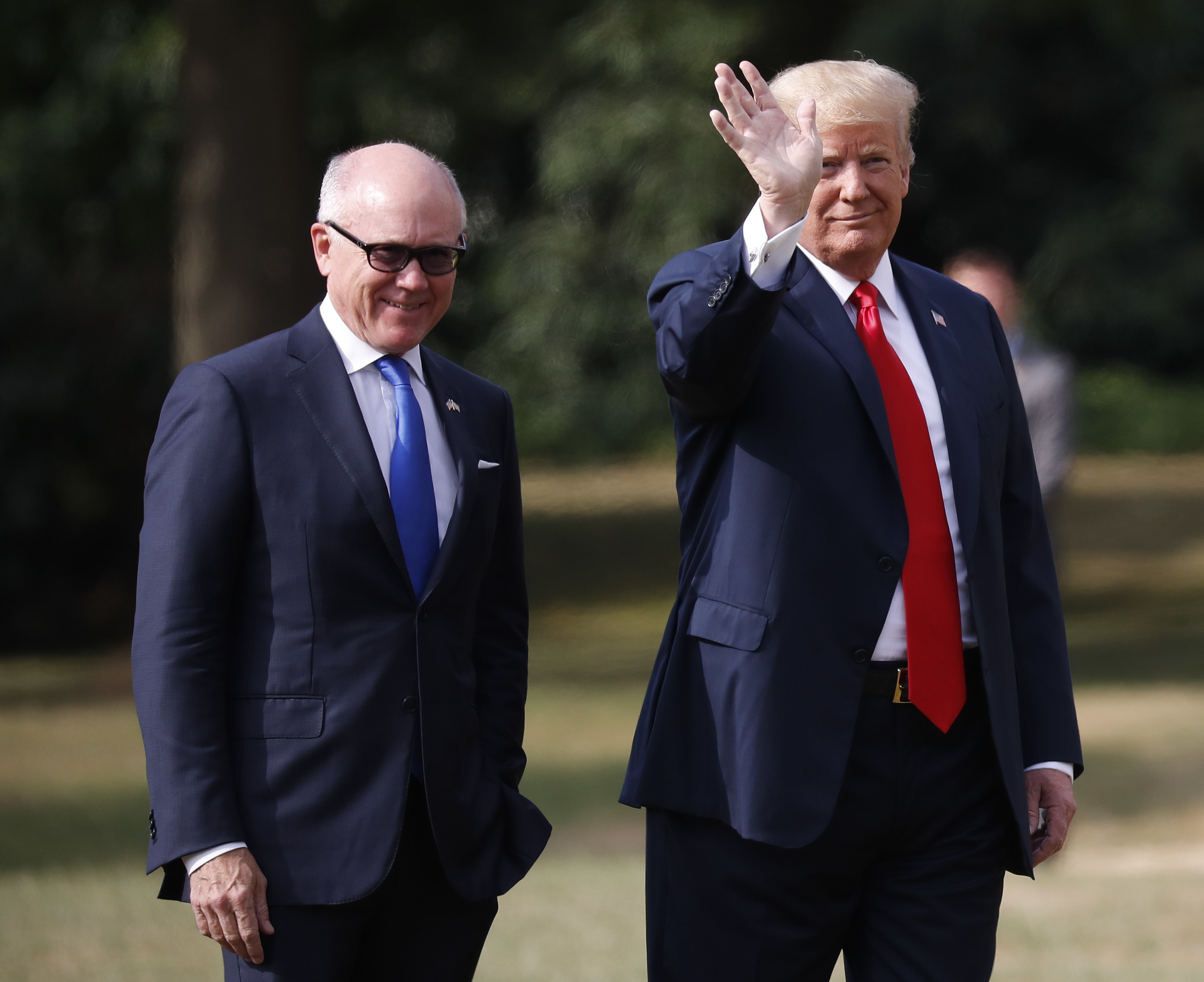 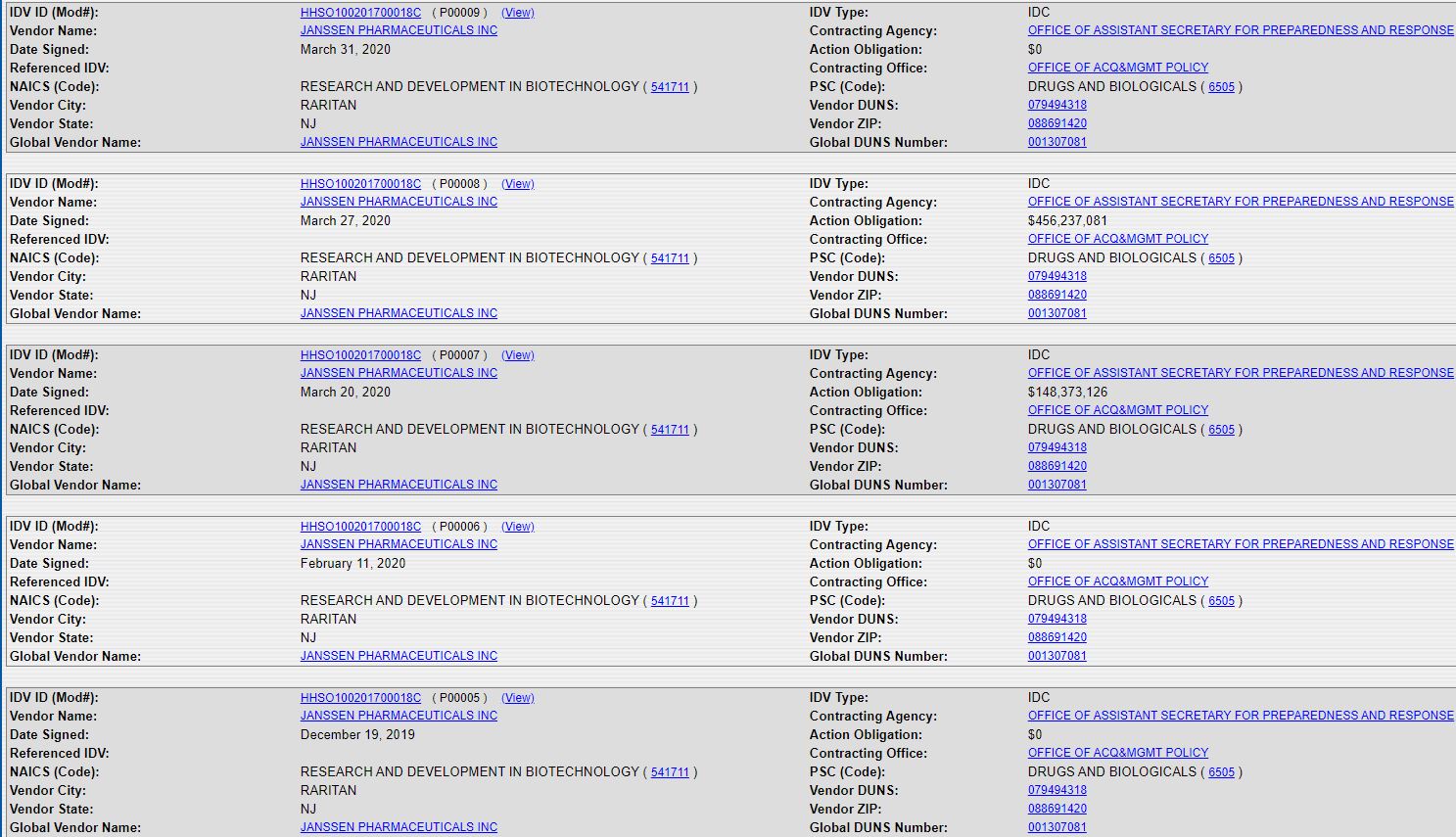 Records obtained by The Sun show that a $689,525,867 contract was awarded to the Johnson & Johnson owned Janssen Pharmaceuticals on December 19 by the Office of the Assistant Secretary for Preparedness and Response.

At the time, it was to develop a flu vaccine, something President Trump had spoken about a few months prior at the White House while signing an executive order aimed at "modernizing influenza vaccines in the United States to promote national security and public health."

President Trump also spoke about the damage a pandemic could do to the country back in September.

"Each year, seasonal influenza vaccines prevent millions of cases of disease and thousands of deaths in the United States," said President Trump.

"Additionally, in the event of an influenza pandemic, the virus could kill more than half a million Americans and inflict trillions of dollars of damage on our economy.

"Unfortunately, many of the vaccines we use today are produced overseas, using time-consuming, egg-based technology, which limits their effectiveness and makes production too slow to effectively combat a potential deadly influenza pandemic."

Trump then appeared to foreshadow the pandemic that would claim the lives of almost 9,000 New Yorkers just seven months later.

"With today’s action, the Trump Administration will promote new vaccine manufacturing technologies to enable the production of vaccine doses faster and in greater quantities than is currently possible," he declared.

"Additionally, more robust, secure, and responsive vaccines will aid the response in the event of a pandemic influenza."

By January, they were also working to find a vaccine for COVID-19, according to the company.

It was not until February 11 however that the directive changed on the contract between Janssen Pharmaceuticals and the Office of the Assistant Secretary for Preparedness and Response.

Three days later, another contract worth $216,169,222 was given to Janssen Research and Development.

It is noted that this new contract would involve work at the JLABS children's hospital in Washington DC related to "the current novel coronavirus outbreak."

But despite his own administration acknowledging that there was an "outbreak," President Trump repeatedly played down the threat in the following weeks.

"There’s a theory that, in April, when it gets warm — historically, that has been able to kill the virus," he said on February 14.

"So we don’t know yet; we’re not sure yet. But that’s around the corner."

He said that the virus is "very much under control" in the US on February 23 and 24.

It was on February 26 however that President Trump declared the virus was no longer a threat.

"[W]hen you have 15 people, and the 15 within a couple of days is going to be down to close to zero, that’s a pretty good job we’ve done," said President Trump in remarks at the White House.

Then following day he stated: "It’s going to disappear. One day — it’s like a miracle — it will disappear."

This continued through March.

"Nothing is shut down, life and the economy go on. At this moment there are 546 confirmed cases of CoronaVirus, with 22 deaths. Think about that!"

On March 10, the day before the World Health Organization officially declared the COVID-19 outbreak a pandemic, President Trump said: "[W]e’re prepared, and we’re doing a great job with it. And it will go away. Just stay calm. It will go away."

It was 20 days after this that Johnson & Johnson formally revealed the role they were playing in a public statement.

"Johnson & Johnson today announced the selection of a lead COVID-19 vaccine candidate from constructs it has been working on since January 2020; the significant expansion of the existing partnership between the Janssen Pharmaceutical Companies of Johnson & Johnson and the Biomedical Advanced Research and Development Authority (BARDA); and the rapid scaling of the Company’s manufacturing capacity with the goal of providing global supply of more than one billion doses of a vaccine," read the company's statement.

"The Company expects to initiate human clinical studies of its lead vaccine candidate at the latest by September 2020 and anticipates the first batches of a COVID-19 vaccine could be available for emergency use authorization in early 2021, a substantially accelerated time frame in comparison to the typical vaccine development process."

Johnson & Johnson has noted at that time that they had been "working with industry partners, governments and health authorities."

Feb. 14: “There’s a theory that, in April, when it gets warm  — historically, that has been able to kill the virus.  So we don’t know yet; we’re not sure yet. But that’s around the corner.”

Feb. 23: “We have it very much under control in this country."

Feb. 24: “The Coronavirus is very much under control in the USA. We are in contact with everyone and all relevant countries. CDC & World Health have been working hard and very smart. Stock Market starting to look very good to me!”

Feb. 26: “So we’re at the low level. As they get better, we take them off the list, so that we’re going to be pretty soon at only five people. And we could be at just one or two people over the next short period of time. So we’ve had very good luck.”

Feb. 26: “I think every aspect of our society should be prepared. I don’t think it’s going to come to that, especially with the fact that we’re going down, not up. We’re going very substantially down, not up.”

March 4: “[W]e have a very small number of people in this country [infected]. We have a big country. The biggest impact we had was when we took the 40-plus people [from a cruise ship]. … We brought them back. We immediately quarantined them. But you add that to the numbers. But if you don’t add that to the numbers, we’re talking about very small numbers in the United States.