A man has removed an effigy of Democrat Joe Biden from the pro-Trump display at his home in Brentwood, Calif., after protesters complained and passers-by called police over the scene.

Photos and videos show a mannequin hanging by a noose from the house, with a sign around its neck reading: “Sleepy Joe (Cheater).” The house had been decorated in support of U.S. President Donald Trump for the election.

“This isn’t normal!! This isn’t human!!” one witness wrote, in a tweet featuring video of the house.

“Can’t have 4 more years of this type of America!” 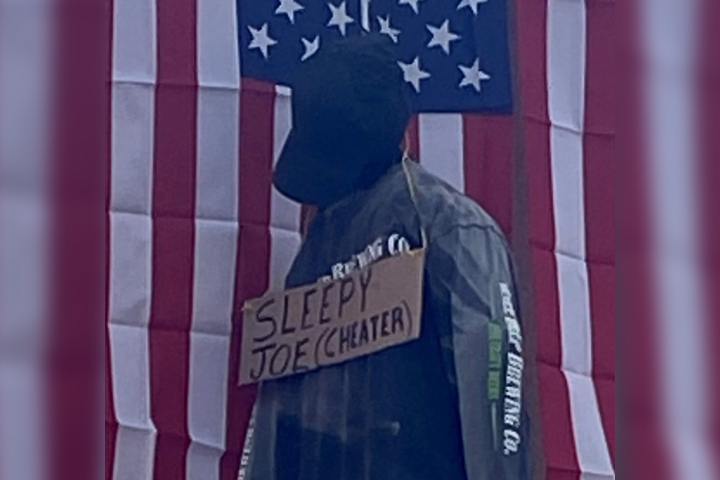 Police say they spoke to the homeowner after receiving complaints about the mannequin on Thursday. Authorities said he was not legally obligated to take the mannequin down, but he did so anyway due to the complaints.

“The Contra Costa County District Attorney’s Office confirmed that this act was not criminal, further stating offensive expression is protected under the First Amendment,” the Brentwood Police Department said in a statement.

The homeowner, Eric Harvey, later said he removed the mannequin because of “but (sic) hurt” Democrats.

“I had a dummy from Halloween that was hanging by a noose, so I made a cardboard sign, put it around its neck that said ‘Sleepy Joe (cheater),’” Harvey said, in a Facebook video recorded from inside a dump truck.

Harvey echoed many of the false claims that Trump has pushed since falling behind in the election race to Biden. He also said he wasn’t surprised when police came knocking on his door.

“I already knew what it was about,” he said. “Somebody called and wasn’t happy … Everybody’s crying because there’s a dummy hanging from my f–ing roof.” 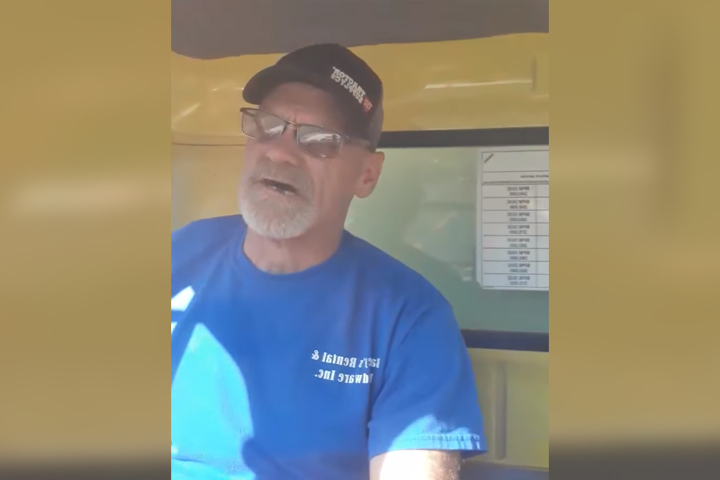 Protests and partisan disputes erupted in many parts of the country after Election Day, as a deeply polarized nation awaited the result.

President Trump has stoked the uncertainty by falsely claiming victory and alleging widespread voter fraud against him, without evidence.

Biden has slowly built a lead over Trump in key states since election night, as legally cast mail-in ballots have been added to the vote count.

Mail-in ballots were always expected to favour Democrats in the count, as Trump spent months trying to discredit them.

There is no evidence that Biden has “cheated” in the election.