US Defence Secretary Jim Mattis said on Sunday the Pentagon would make space available on military bases for as many as 20,000 unaccompanied migrant children detained after illegally crossing the US-Mexico border.

In other developments, President Donald Trump said undocumented immigrants should be deprived of legal rights, arguing that people who cross the border into the United States illegally must immediately be deported without trial.

Trump's proposal to strip migrants of rights was made via Twitter while on his way to play golf and referred to them as "invaders".

It was another twist in a head-spinning series of developments on immigration since the administration announced a zero tolerance policy two months ago, leading to the separation of children from parents who cross the border illegally and an outcry from Democrats and many Republicans.

Trump signed an executive order to end the separations last week, but the sudden shifts have led to confusion along the border about how children and parents will be reunited and to turmoil in Congress as the House prepares to vote on a sweeping immigration bill this week. 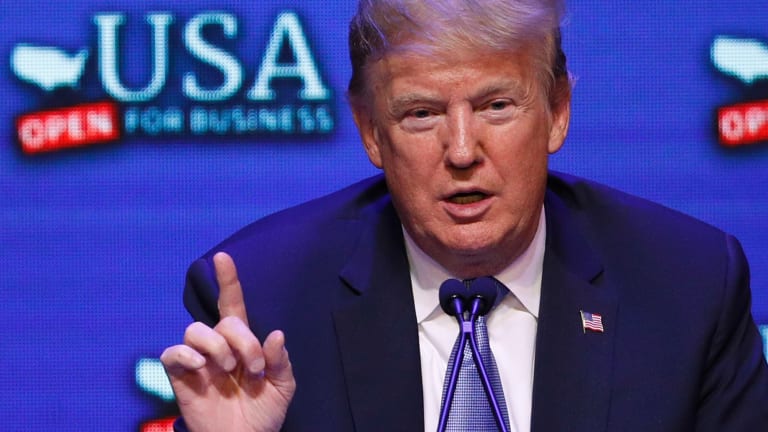 A senior Democrat and likely presidential contender, Elizabeth Warren, said on Sunday she could see no evidence of migrant children being reunited with their parents when she visited a processing centre.

The Department of Homeland Security had said late on Saturday that US Immigration and Customs Enforcement has "dedicated the Port Isabel Service Processing Centre as the primary family reunification and removal centre for adults in their custody".

"It's clear,¨ Warren said. "They're not running a reunification process here." 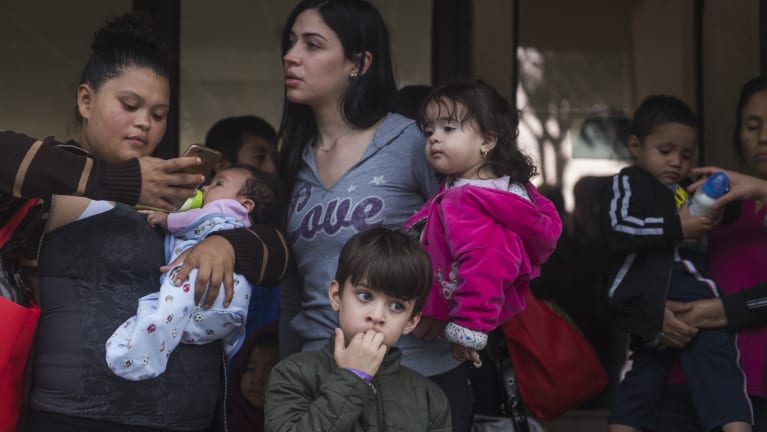 Central American migrant families wait to be taken to the McAllen bus station from the Catholic Charities Humanitarian Respite Centre, in McAllen, Texas.

Defence Secretary Mattis said on Sunday that the military has housed people in the past, including Vietnamese fleeing their country as well as Americans needing shelter in the wake of natural disasters.

"We consider that to be a logistics function that's quite appropriate" for the department, Mattis said.

The request for temporary shelter – amid a growing political battle over detained migrants – was made by the Department of Health and Human Services and accepted by the Defence Department.

It wasn't clear on Sunday if the housing would be limited strictly to children or if it would also involve families.

The Pentagon has said it will have no role in operating the temporary shelters, which would be controlled by HHS.

A Pentagon memo to members of Congress, obtained by The Associated Press, said it has been asked to have the facilities available as early as July, through to the end of the year. 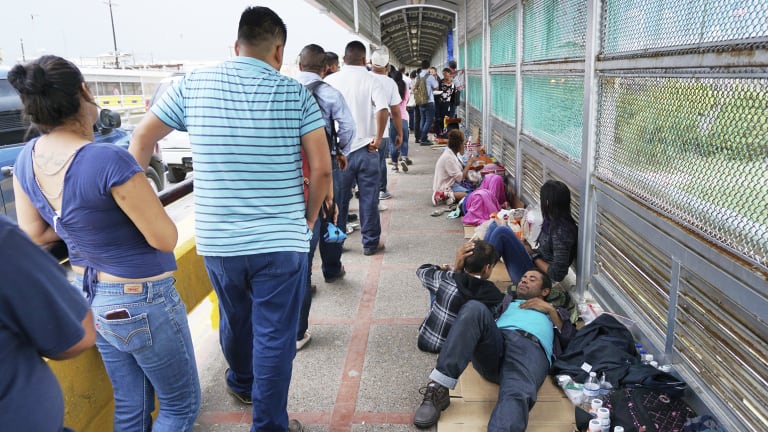 Migrant families rest from their travels to Matamoros, Mexico, along Gateway International Bridge which connects to Brownsville, Texas, as they seek asylum in the United States.

Meanwhile, more Mexicans and Central Americans are lining up to make asylum requests at the US-Mexico border as word spreads of the US crackdown on families crossing illegally and the threat of brutal gangs lying in wait if they go it alone.

Officials at shelters in border cities as well as migrants from Mexico and Central America said there was a rising number of people waiting, often for weeks, to make asylum pleas to immigration authorities at official border crossings.

Many of the dozens of migrants interviewed by Reuters said they decided to present an official asylum request after hearing about parents being separated from children when crossing the US border illegally, and about friends making successful requests.

The migrants, many with children in tow, told harrowing tales of kidnapping, extortion and murder by gangs in Mexico and Central America. That threat was enough to inspire the perilous journey in hope of receiving asylum in the United States.

"They don't go through the mountains or deserts anymore, they go to the front door," said Victor Clark Alfaro, a migration expert at San Diego State University.

But their chances of asylum may be diminishing.

On June 11, US Attorney General Jeff Sessions overturned a grant of asylum to a Salvadoran domestic abuse victim, potentially excluding immigrants seeking refuge from sexual, gang and other forms of violence in their homelands.

Those threats were the basis of a "credible fear" argument that could prevent them from being returned.

That risk has yet to deter migrants. Hong Kong Disneyland and Ocean Park to be closed from Sunday to help prevent spread of virus: CCTV
Sport