President Donald Trump is threatening U.S. economic allies with additional tariffs if they do not remove any punitive restrictions placed on American goods after he doubled down on his trade war with a vow on Friday to impose a 20 percent tariff on European autos.

‘The United States is insisting that all countries that have placed artificial Trade Barriers and Tariffs on goods going into their country, remove those Barriers & Tariffs or be met with more than Reciprocity by the U.S.A. Trade must be fair and no longer a one way street!,’ the president wrote on Twitter on Sunday.

Trump blasted steep European Union import duties on U.S. cars, a month after his administration began an investigation of whether European duties on cars posed a threat to U.S. national security.

Trump leveled the threat hours after the EU slapped $3.3 billion tariffs on U.S. products. Those tariffs were structured in a way so as to try to drive attention and target particular Republican strongholds – with tariffs on bourbon and Harley Davidson motorcycles.

That action was a response to Trump’s decision to impose a 25 per cent tax on steel and a 10 per cent tax on aluminum – and to not exempt European allies from the tariff. 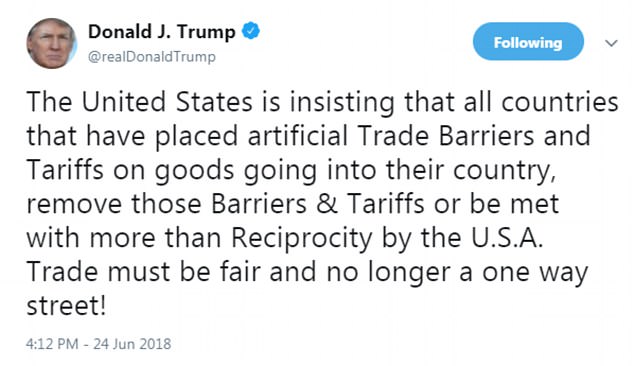 President Donald Trump is threatening U.S. economic allies with additional tariffs if they do not remove any punitive restrictions placed on American goods 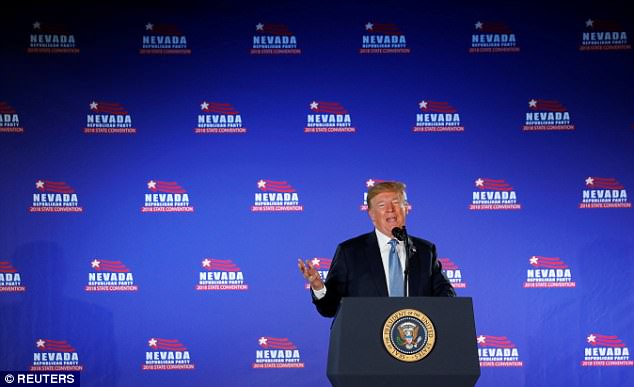 Trump used a special national security exception to take the trade action, allowing him to avoid going through Congress.

‘Based on the Tariffs and Trade Barriers long placed on the U.S. and it great companies and workers by the European Union, if these Tariffs and Barriers are not soon broken down and removed, we will be placing a 20% Tariff on all of their cars coming into the U.S.,’ Trump wrote on Twitter Friday.

‘Build them here!’ he concluded. 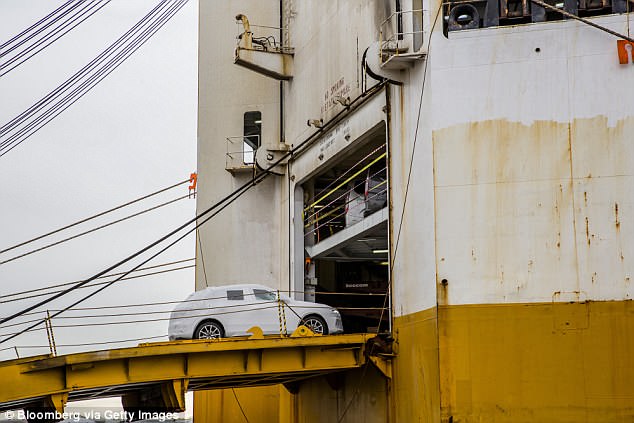 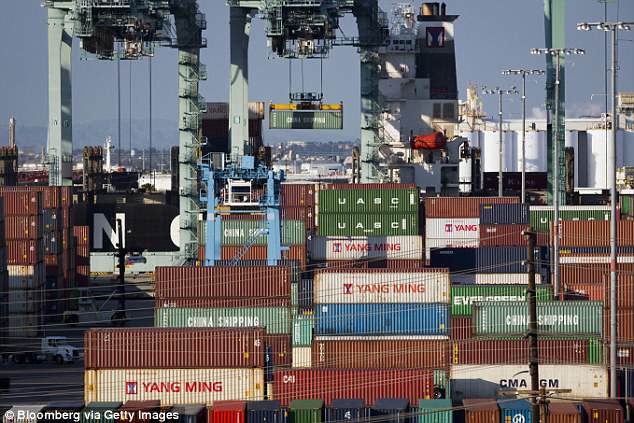 The tariffs, which took effect at midnight according to the EU’s official journal, will further fuel jitters on world stock markets that are already alarmed by trade tensions between the United States and China.

Customs agents across Europe’s colossal market of 500 million people will now impose the duty, hiking prices on US-made products in supermarkets and across factory floors.

‘These measures are the logical consequence of the US decision,’ French Finance Minister Bruno Le Maire told AFP.

‘They reflect a Europe that is resolute and principled,’ he said.

Brussels imposed the raft of duties on US products worth $3.3 billion in a tit-for-tat response to Trump’s decision to slap stiff tariffs on European steel and aluminum exports.

Global markets on Friday took the development in stride, with stocks in Europe firm after weeks of instability on trade worries.

EU Trade Commissioner Cecilia Malmstrom said this week that the 28-nation bloc was ‘left with no other choice’ but to impose tariffs of its own after the ‘unilateral and unjustified decision of the US.’

Together with US tariffs against Mexico and Canada, the trade battles have raised the spectre of a global trade war, spooking financial markets that fear major consequences to the global economy.

‘We have a trade war — and it’s an escalating trade war,’ SEB chief economist Robert Bergqvist told AFP in an interview.

John Ferguson, director of global forecasting at the Economist Intelligence Unit agreed, as he sounded a warning about the US trade disputes rumbling on the EU and Chinese fronts.

‘Mr Trump has now opened up two fronts of this conflict and both have the potential to escalate out of control,’ Ferguson said.

The list of goods subject to EU duties does not specifically name brands but European Commission chief Jean-Claude Juncker spelled out in March that the bloc would target ‘Harley-Davidson, bourbon and Levi’s jeans’.

Cigarettes, cranberries, cranberry juice, orange juice, sweetcorn and peanut butter are among the other products targeted.

Juncker said on Thursday that the US decision to impose tariffs ‘goes against all logic and history’.

‘Our response must be clear but measured. We will do what we have to do to rebalance and safeguard,’ he said.

‘If we chose products like Harley Davidson, peanut butter and bourbon, it’s because there are alternatives on the market. We don’t want to do anything that would harm consumers,’ he said on Thursday.

‘What’s more, these products will have a strong symbolic political impact.’

International Monetary Fund (IMF) chief Christine Lagarde warned on Thursday that trade war, as well as Brexit, were the key risks to the eurozone economy.

While she didn’t see a serious ‘direct impact of tariff increases… it’s a trend that is worrying, the breach of confidence that undermines confidence,’ she said on the sidelines of eurozone minister talks in Luxembourg.

Transatlantic ties are at their lowest level for many years due to rows over a host of issues including the Paris climate agreement and the Iran nuclear deal. 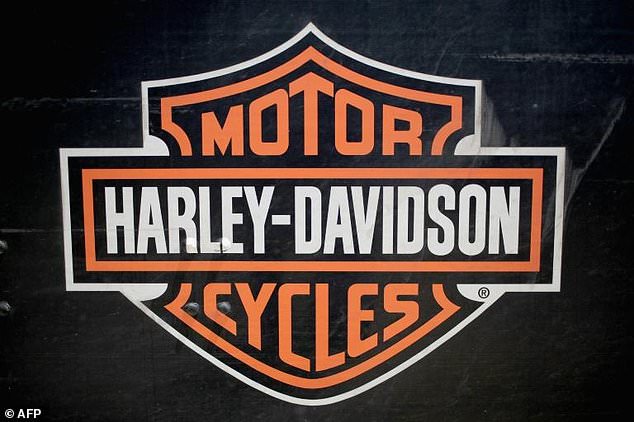 Harley Davidson motorbikes are among the US products facing EU tariffs

Trump claimed America had been obliged to levy the metals tariffs as it has been exploited as the world’s ‘piggy bank’. He is also targeting EU auto imports with a US probe now underway.

Trump’s outbursts were the latest in which he has clashed with America’s closest allies, even as he has had warm words for autocrats like North Korean leader Kim Jong Un, with whom he had a historic meeting earlier this month, and Russia’s Vladimir Putin.

But US Assistant Secretary of State for European and Eurasian affairs Wess Mitchell said on Thursday that Trump’s approach towards his allies was about ‘strategic renovation’.

‘Strengthening the West means making hard decisions today when we initially disagree, rather than continuing to accept the appearance of transatlantic unity,’ he told the Carnegie Europe think-tank in Brussels.

A spokesman for Jaguar Landrover said it was ‘concerned’ about the potential implications for its exports, adding: ‘The US is a key market for Jaguar Land Rover. Fair trade, without additional tariffs, is essential for us to remain competitive as a business.’