The Defense Department is looking at a large scale withdrawal of US troops from Germany after growing tensions between President Trump and German Chancellor Angela Merkel.

The Washington Post reports that Trump was taken aback by the number of US troops in the country, which is currently around 35,000 and is said to have complained that other countries were not paying enough to NATO.

Some European officials are said to alarmed at the possibility of US troop movements and wonder whether it is merely a negotiating tactic ahead of a NATO summit in Brussels.

Trump is expected to criticize US allies for insufficient defense spending during the summit.

Additionally some US officials have also tried to dissuade Trump from taking action. 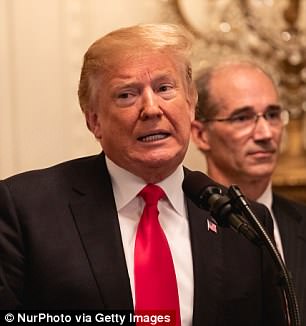 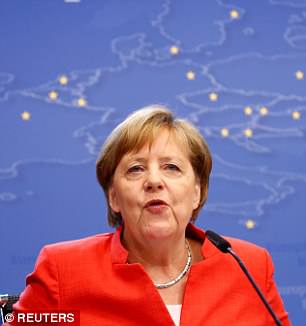 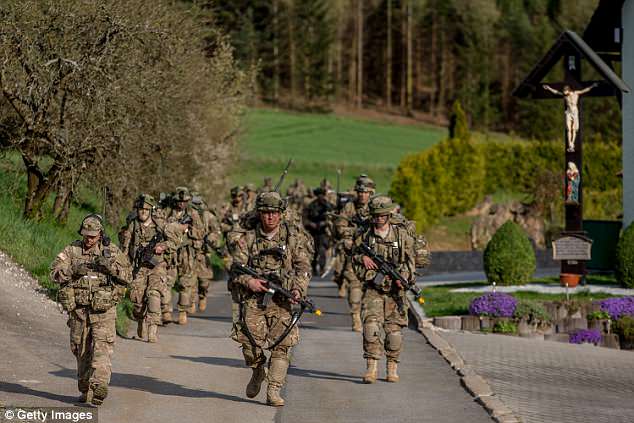 The US currently has 35,000 troops in Germany and Trump has repeatedly said he is displeased with NATO allies failing to spend their two per cent GDP on defense

However, US officials, who spoke to the Post said that thus far the exercise is still in the internal exploration phase and no military brass is involved as of yet.

Trump has also frequently vented his frustrations that NATO members are failing to abide by the two per cent GDP defense-spending level and has threatened to pull out of the 29-member alliance on multiple occasions.

The National Security Council said it had not asked for a formal analysis on repositioning troops: ‘The Pentagon continuously evaluates US troop deployments,’ a statement from the NSC said, according to The Post.

The statement added that the ‘analysis exercises’ were ‘not out of the norm.’

‘The Pentagon regularly reviews force posture and performs cost-benefit analyses,’ Eric Pahon, a spokesman for the Pentagon, said in a statement.

‘This is nothing new. Germany is host to the largest US force presence in Europe, we remain deeply rooted in the common values and strong relationships between our countries. We remain fully committed to our NATO ally and the NATO alliance.’

Despite the statement from the NSC, Trump has said he disagrees with continuing the US’s participation in NATO.

‘My statement on NATO being obsolete and disproportionately too expensive (and unfair) for the U.S. are now, finally, receiving plaudits,’ Trump took to Twitter in 2016.

He has also suggested pulling troops from South Korea as well, according to a previous reports.

‘We lose money on trade, and we lose money on the military,’ Trump said in a speech March. ‘We have right now 32,000 soldiers on the border between North and South Korea,’ Trump added. ‘Let’s see what happens.’