Washington: "In order to get elected, @BarackObama will start a war with Iran." That was Donald Trump tweeting in 2011.

This was President Trump tweeting late Sunday night: "To Iranian President Rouhani: "NEVER, EVER THREATEN THE UNITED STATES AGAIN OR YOU WILL SUFFER CONSEQUENCES THE LIKES OF WHICH FEW THROUGHOUT HISTORY HAVE EVER SUFFERED BEFORE. WE ARE NO LONGER A COUNTRY THAT WILL STAND FOR YOUR DEMENTED WORDS OF VIOLENCE & DEATH. BE CAUTIOUS!" 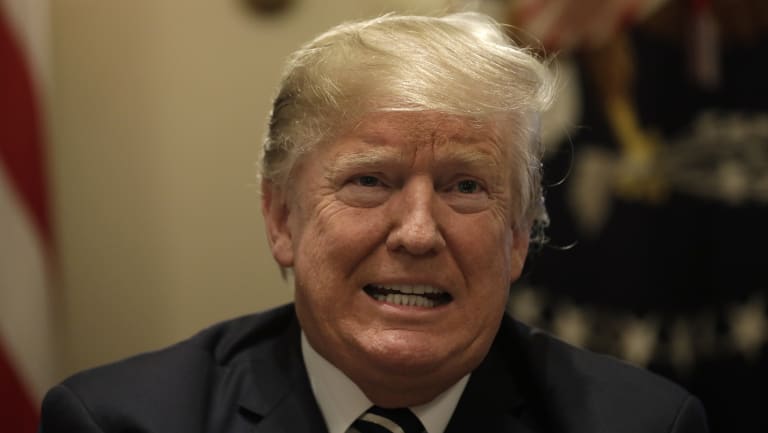 As usual, Trump is doing exactly what he accuses his opponents of doing, in this case wagging the dog.

This is part of a pattern. During a presidential debate, when Hillary Clinton accused Trump – presciently – of being a Russian puppet, he shot back: "No, you're the puppet." The humiliation in Helsinki confirmed Clinton's warning – and explains Trump's rhetorical escalation against Iran.

Trump is clearly furious that he didn't get the credit he thinks he deserves for a "GREAT meeting with Putin." Of course, not even his top aides know all of what was discussed or decided behind closed doors. All that the public saw was that Trump accepted Putin's lies over the truth-telling of the US intelligence community, and that he refused to criticise the Russian dictator for his many offenses – including ongoing cyberattacks on the United States. Trump's subservience triggered a week of toxic headlines as criticism poured in from past intelligence officials. Former director of national intelligence James Clapper Jr.suggested that "the Russians have something" on Trump; former CIA director John Brennan judged the president's performance "nothing short of treasonous." 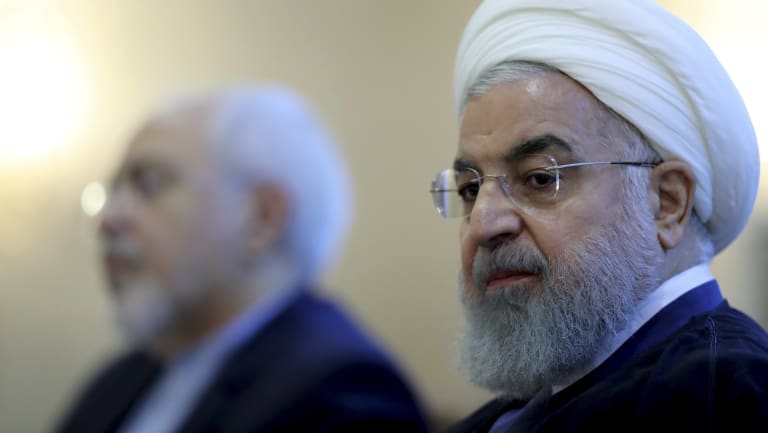 Will he be lauded by Trump next year? President Hassan Rouhani

The next move was as predictable as Trump golfing at one of his resorts: He tried to change the subject. His first attempt, on Friday, was to tweet about his favourite controversy: National Football League players kneeling during the national anthem. His stern demand – "First time kneeling, out for game. Second time kneeling, out for season/no pay!" – did not generate the headlines he so transparently hoped for. Maybe he should have suggested guillotining for a third offence.

Try, try again. Hence his Sunday night threat against Iran. Coming from any other president, this out-of-the-blue, ALL-CAPS ultimatum would have led to suggestions that he's hitting the bottle. But for Trump the teetotaler, it's just business as usual. This time, he got the world's attention. I was actually planning to write on Monday about Trump and Russia. Instead, I'm writing about Trump and Iran. Far more important from Trump's perspective, the talk on cable news turned from Russia to Iran. Mission accomplished.

The problem for Trump is that the credibility of his threats is diminishing. Sure, he scared the world silly in the summer of 2017 by threatening to rain "fire and fury" on North Korea. But within a year, he was all but surrendering to "Little Rocket Man" – legitimating and lavishly praising him on the world stage while stopping US-South Korea joint military exercises in return for nothing but vague promises of denuclearisation at some unspecified point in the future. Even Trump recognises that North Korea isn't living up to its bargain, even though he publicly claims that negotiations are "going very well." (Good to know he's deceptive but not delusional.)

The president loves to bluff, but, like many bullies, he is actually a coward who is afraid of real conflict. When Trump picked John Bolton as his national security adviser in March, Kaitlan Collins of CNN reported that he made the ultra-hawk promise that he "wouldn't start any wars." I heard something similar from my own sources. Bolton denied it, but the sentiments ring true, because Trump has turned out to be less bellicose than expected.

Trump has started trade wars but, mercifully, not shooting wars. Aside from a few raids by Special Operations forces and the continuation of existing conflicts against the Islamic State and the Taliban, Trump has used force twice – his ineffectual cruise missile attacks against Syria in 2017 and 2018 to punish Bashar al-Assad for his use of chemical weapons. These were precisely the kind of "unbelievably small" strikes that President Barack Obama contemplated in 2013 – and that Trump criticised at the time.

It is, of course, a good thing that Trump is not turning out to be the warmonger that many feared he would be. But there is a real danger from having the president revealed as a BS artist, too: His threats carry less weight. That, ironically, makes it harder for him to achieve his objectives without resorting to force.

At one time it appeared that Trump would be able to implement Richard Nixon's "madman theory" of international relations and scare other states into acquiescence more successfully than Nixon had done. But Trump's approach failed with North Korea, and there is no reason to think it will work with Iran. If past is prologue, maybe next year Trump will be claiming credit for averting war and praising Iranian President Hassan Rouhani as talented, funny, intelligent and a strong leader who loves his people. But what scares me is that, after so much bluster and braggadocio, to make his threats believable Trump may actually have to start carrying them out.