White House aides were blindsided on Thursday, US time, when Trump's recently added attorney, Rudy Giuliani, said the President had repaid Michael Cohen for $US130,000 ($172,000) that was given to Daniels to keep her quiet before the 2016 election. 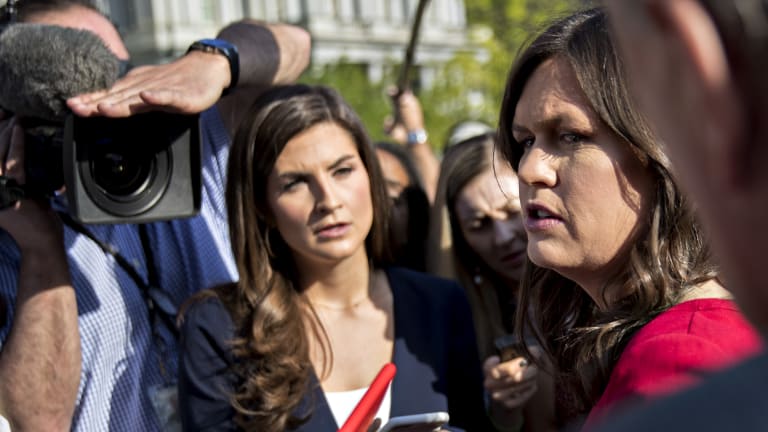 Giuliani's revelation, which seemed to contradict Trump's past statements, came as the President's newly configured outside legal team pursued his defence, apparently with zero coordination with the West Wing.

Staffers' phones began to buzz within moments of the interview. Deputy Press Secretary Hogan Gidley, who had pre-taped an interview with Fox News earlier on Wednesday evening, was suddenly summoned to return for a live interview.

While Giuliani said the payment to Daniels was "going to turn out to be perfectly legal," legal experts said the new information raised a number of questions, including whether the money represented repayment of an undisclosed loan or could be seen as reimbursement for a campaign expenditure.

Trump has denied both constructions, but either could be legally problematic.

Giuliani insisted Trump didn't know the specifics of Cohen's arrangement with Daniels until recently, telling Fox & Friends that the President didn't know all the details until "maybe 10 days ago."

Giuliani told The New York Times that Trump had repaid Cohen $US35,000 a month "out of his personal family account" after the campaign was over. He said Cohen received $US460,000 or $US470,000 in all for expenses related to Trump.

But no debt to Cohen was listed on Trump's personal financial disclosure form, which was certified on June 16, 2017. Asked if Trump had filed a fraudulent form, Sanders said: "I don't know." 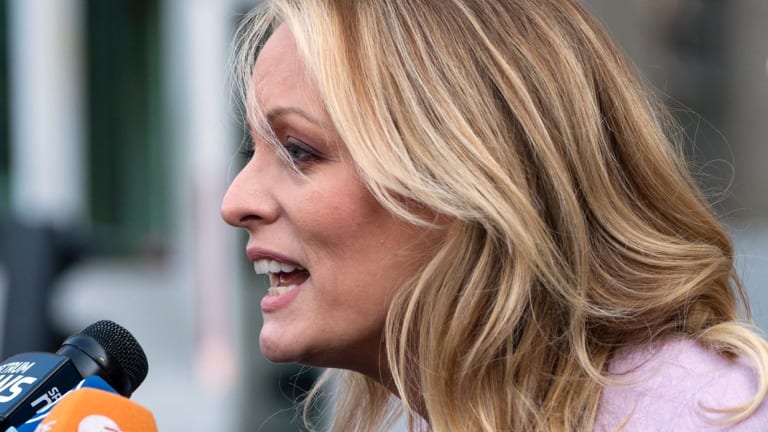 Giuliani said the payment was not a campaign finance violation, but also acknowledged that Daniels' hushed-up allegations could have affected the campaign, saying: "Imagine if that came out on October 15, 2016, in the middle of the last debate with Hillary Clinton."

Questions remain about just what Trump knew and when.

Daniels, whose legal name is Stephanie Clifford, is seeking to be released from a non-disclosure deal she signed in the days before the 2016 election to keep her from talking about a 2006 sexual encounter she said she had with Trump. She has also filed defamation suits against Cohen and Trump.

Speaking to reporters on Air Force One several weeks ago, Trump said he did not know about the payment or where the money came from. In a phone interview with Fox and Friends last week, however, he appeared to muddy the waters, saying that Cohen represented him in the "crazy Stormy Daniels deal." 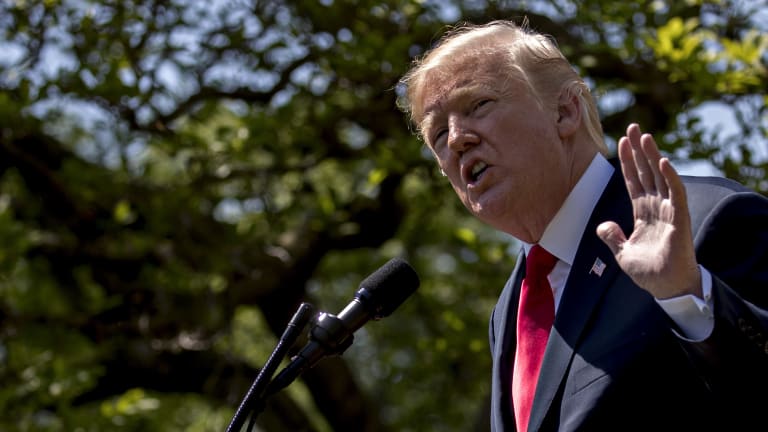 Sanders said on Thursday that Trump "eventually learnt" about the payment, but she did not offer details.

For all the controversy Giuliani stirred up, some Trump supporters said it was wise to get the payment acknowledgement out in the open.

Said former New Jersey Governor Chris Christie: "You know, there's an old saying in the law, 'Hang a lantern on your problems.' … So the fact is that Rudy has to go out there now and clean it up. That's what lawyers get hired to do."

Daniels herself weighed in via Twitter, saying: "I don't think Cohen is qualified to 'clean up' my horse's manure. Too soon?"

Her lawyer, Michael Avenatti, who engaged in his own press touron  Thursday, slammed both Trump and Giuliani.

"The admissions by Mr Giuliani as to Mr Trump's conduct and the acts of Mr Cohen are directly contrary to the lies previously told to the American people," he said. "There will ultimately be severe consequences."

Trump is facing mounting legal threats from the Cohen-Daniels situation and the special counsel's investigation of Russian meddling in the election and possible coordination with the Trump campaign.

Cohen is facing a criminal investigation in New York, and FBI agents raided his home and office several weeks ago seeking records about the Daniels non-disclosure agreement. Giuliani has warned Trump that he fears Cohen, the President's longtime personal lawyer, will "flip", bending in the face of a potential prison sentence, and he has urged Trump to cut off communications with him, according to a person close to Giuliani.

The former self-proclaimed legal fixer has been surprised and concerned by Trump's recent stance toward him, according to a Cohen confidant.

Cohen was dismayed to hear Trump marginalise his role during an interview last week with Fox & Friends, and interpreted a recent negative National Enquirer cover story as a warning shot from a publication that has long been cosy with Trump, said the person who was not authorised to talk about private conversations and spoke only on condition of anonymity.

Cohen also had not indicated to friends that Trump's legal team was planning to contradict his original claim that his payment to Daniels was made by him alone.

Giuliani, a former New York City mayor and US attorney, joined Trump's legal team last month. He told CNN on Thursday that the announcement of Trump's repayment of the hush money was a planned strategy, saying: "You won't see daylight between me and the President." He was quickly backed up by Trump, who said on Twitter that he had repaid Cohen.

Trump himself was happy with Giuliani's performance, according to a person familiar with his views. And Giuliani told The Washington Post the President was "very pleased".

Jason Miller, who worked on both Trump's and Giuliani's presidential campaigns and remains close to both, said the fact the White House was caught off-guard was by design. He said the outside legal team was supposed to work independently of the White House, modelled on the team that defended former president Bill Clinton during the Monica Lewinsky scandal.

"This is not the White House's job. This is not what they're supposed to be worried about," he said.

"So it's good that they're not worried about this."