Then his prime-time State of the Union address, which he used to brandish his accomplishments and taunt his political foes. 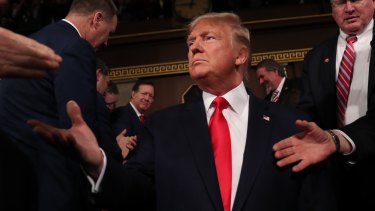 President Donald Trump has been acquitted in his Senate impeachment trial. Credit:AP

And now the big one: the US Senate has declared Trump “not guilty” on two articles of impeachment, allowing him to claim he has been cleared of wrongdoing in his dealings with Ukraine.

If Trump wasn't already a billionaire, you'd tell him to immediately run out and buy a lottery ticket.

The verdict draws a curtain on an unedifying and often tedious process that felt light years away from the administration of impartial justice. 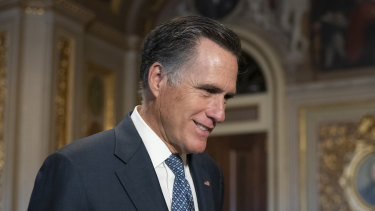 Ken Starr, the ghost of impeachments past, drifted into the Senate to warn about the danger of partisan impeachments. And they say Americans don't do irony.

Alan Dershowitz, who famously defended O.J Simpson and Jeffrey Epstein, argued a president can essentially do whatever he wants as long as he believes it's in the national interest. Even White House deputy counsel Patrick Philbin described it as a "radical" notion.

Trump's lawyers were right, though, to accuse the Democrats of rushing through the impeachment process. Democrats should have issued a subpoena for John Bolton, Trump's former national security advisor, to appear before their inquiry – even if he was unlikely to comply.

Even worse were the Republican senators who voted not to include new documents or witnesses at the trial.

It was always impossible to imagine 20 Republican senators voting to remove Trump from office just a few months out from an election.

But they should have taken their responsibility as jurors more seriously – especially when it emerged that Bolton has written a book claiming Trump directly tied Ukrainian military aid to politically-motivated investigations.

"I don’t believe the continuation of this process will change anything," Alaska Senator Lisa Murkowski said when announcing she would not vote to hear from witnesses.

"It is sad for me to admit that, as an institution, the Congress has failed."

It was a statement as accurate as it was nihilistic.

Mitt Romney demonstrated more courage by voting to convict Trump despite knowing it would alienate him from his fellow Republicans.

Romney's decision denied Trump the total Republican support he craved and expected, but it's a blip in the grander scheme of things.

Trump emerges from the impeachment saga with the highest approval ratings of his presidency, and his campaign coffers flush with cash from fired-up supporters.

Democrats believe they did their moral duty by impeaching Trump for his bad behaviour. But they appear demoralised rather than energised by the final outcome.

"I think today is the single most depressing day to be a Democrat since Nov 8, 2016," tweeted former Obama administration official Tim Wu.

Trump's Senate trial is over, now his victory lap begins.