Residents on Alaska’s Kodiak Island received warnings of a potential tsunami early on Tuesday after 7.9 earthquake. 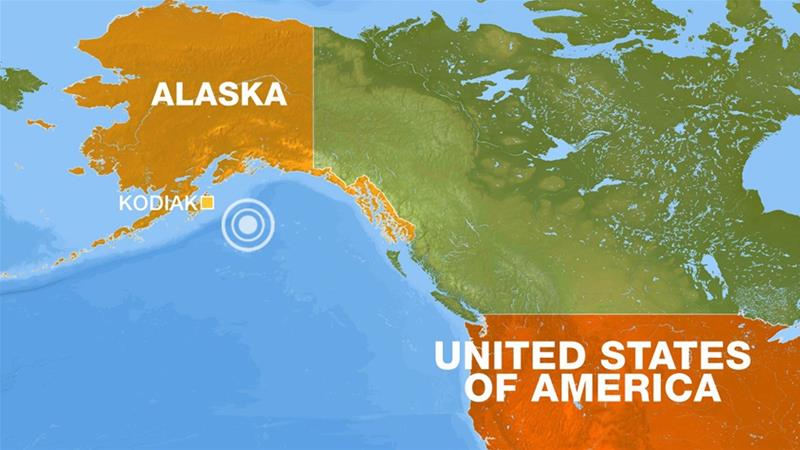 A powerful earthquake off Alaska’s Kodiak Island briefly prompted a tsunami warning for a large swath of coastal Alaska and Canada’s British Columbia.

The National Tsunami Center cancelled the warning just after 12GMT on Tuesday, but an advisory remained in effect for parts of Canada’s west coast.

Tsunami watches for the US west coast were also cancelled.

The quake was recorded about 250km southeast of Kodiak Island early on Tuesday morning.

Kodiak officials warned residents to evacuate if they lived in low-lying areas and tsunami sirens were used to notify the public.