Tube drivers on London Underground’s Jubilee Line are to strike for two days next month in a row over new timetables.

The Rail, Maritime and Transport (RMT) union said its members will walk out on June 6 and 14, claiming the new timetables ‘ride roughshod’ over rostering agreements.

General secretary Mick Cash said: ‘It is outrageous that Tube managers are trying to bulldoze through timetable changes without agreement that ride roughshod over existing rostering agreements.

‘It is symptomatic of a management that is out of control and hell-bent on imposing change through diktat rather than through the established negotiating machinery. 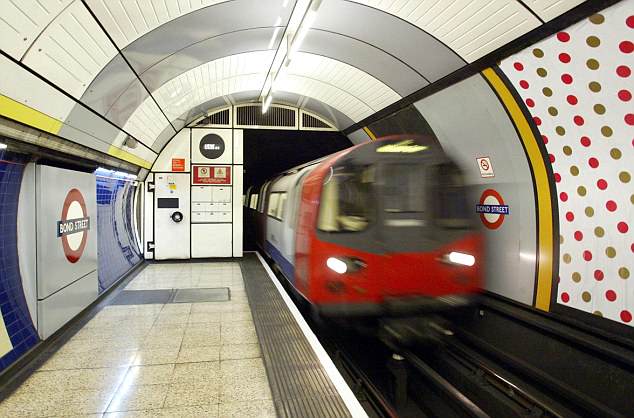 The strike by Jubilee Line tube drivers is over a row over new timetables, the RMT union said

‘Drivers are angry at the impact on work-life balance and rightly see this move as the thin end of a very long wedge that could see processes and agreements unilaterally shredded by Tube bosses.

‘There’s time for Tube management to reverse the imposition of these changes and to start talking seriously with the unions rather than wading in with the big stick.’