ANKARA/AMMAN (Reuters) – Turkish President Tayyip Erdogan said on Wednesday a military operation by his forces to push back a Syrian government offensive against rebels in northwest Syria was now “a matter of time” after talks with Russia failed to halt the assault. 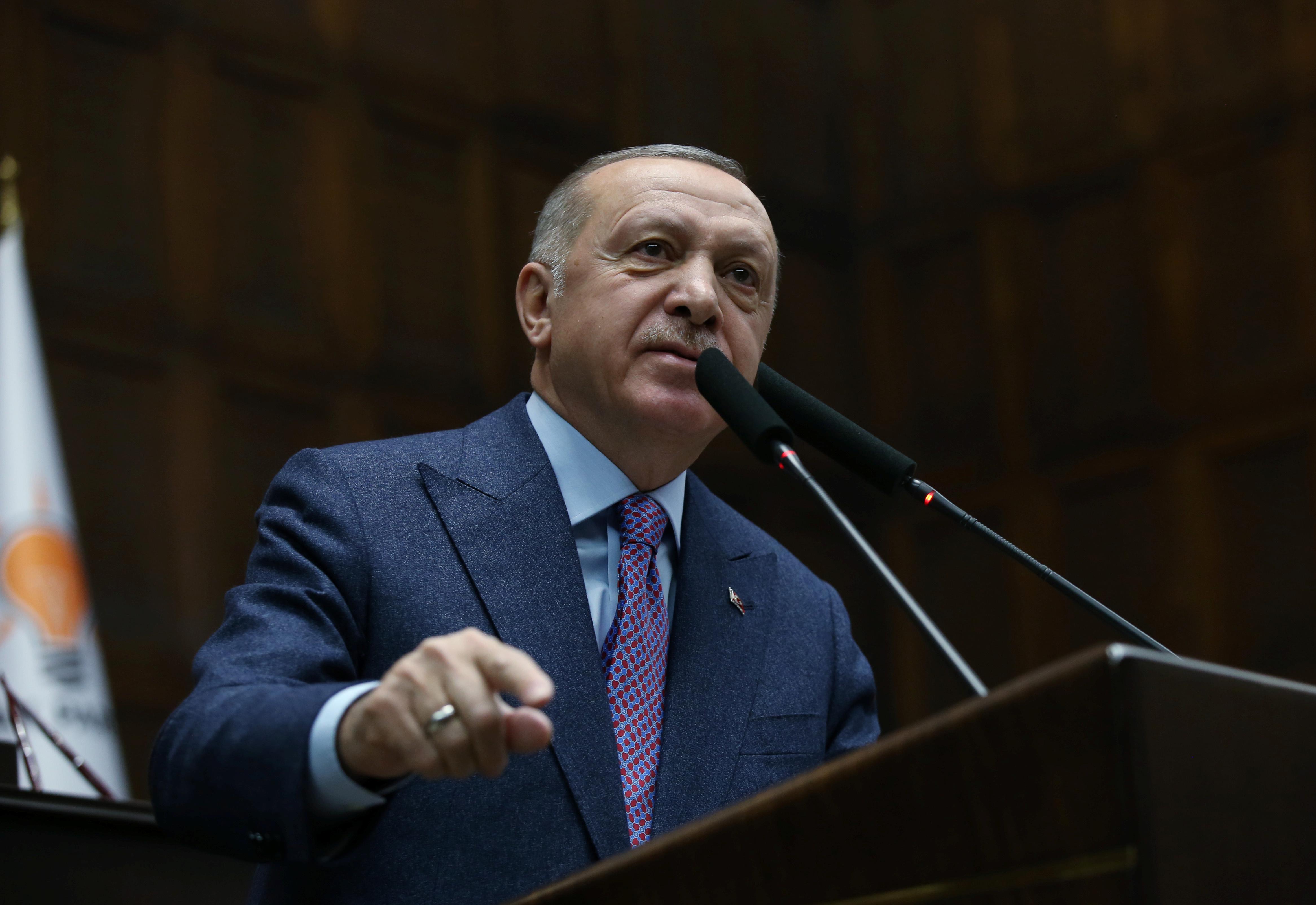 Turkish troops have already massed inside the Idlib region and more were heading to the border area, bringing NATO member Turkey and Russian-backed Syria close to the brink of direct confrontation.

The Kremlin, which has supported Syrian President Bashar al-Assad’s push with air strikes, said a clash between Turkish and Syrian forces would be a “worst-case scenario” and Russia would work to prevent the situation from worsening.

Syrian troops supported by Russian warplanes and special forces have been battling since December to eradicate the last rebel bastions in Idlib and Aleppo provinces in what could be one of the final chapters of the nine-year-old civil war.

Speaking to lawmakers from his ruling AK Party on Wednesday, Erdogan said Turkey was determined to make Idlib a secure zone even while talks with Moscow continued. Several rounds of diplomacy had failed to reach an agreement so far, he said.

“We are entering the last days for the regime to stop its hostility in Idlib. We are making our final warnings,” said Erdogan, whose country has the second-largest army in NATO.

“Turkey has made every preparation to carry out its own operational plans. I say that we can come at any point. In other words, the Idlib offensive is only a matter of time.”

Erdogan on Saturday appeared to move forward his earlier end-of-February deadline for a Syrian withdrawal from Idlib.

Assad has showed no sign of doing so and has predicted the eventual defeat of his foes. They include Turkish-backed rebels and jihadist militants.

An opposition military source told Reuters that 15,000 Turkish soldiers were now in northwest Syria after numerous convoys had poured into the territory in recent days.

“You can’t imagine the scale of Turkish reinforcements, half of Reyhanli is now full of Turkish commandoes ready to enter Syria,” he said, referring to a Turkish border town. “They are readying their forces for zero hour, operations are expected to start any time.”

Ankara and Moscow signed an agreement in 2018 to establish a de-escalation zone in Idlib allowing both sides to set up observation posts. Since the escalation in the conflict, both sides have accused each other of flouting the agreement.

Kremlin spokesman Dmitry Peskov said: “If we talk about an operation against legitimate Syrian authorities and armed forces, it is of course a worst-case scenario.”

In the past week the Syrian army has seized dozens of towns around Aleppo and the M5 highway linking Damascus to Aleppo.

It was unclear when Ankara and Moscow might resume talks.

Syrian military defector general Ahmad Rahhal said the talks in Moscow on Monday “were humiliating to Turkey” and had angered Ankara.

“The Russians have made a mistake,” he told Reuters. “We are heading towards a Turkish military operation in Syria but no one knows exactly when… It may start in waves and gradually build up on several fronts.”