Turkey quake rescue winds down after dozens pulled from rubble

ELAZIG, Turkey (Reuters) – A thousands-strong rescue operation to pull survivors from collapsed buildings in eastern Turkey began winding down on Sunday, a day and a half after a powerful earthquake killed dozens. 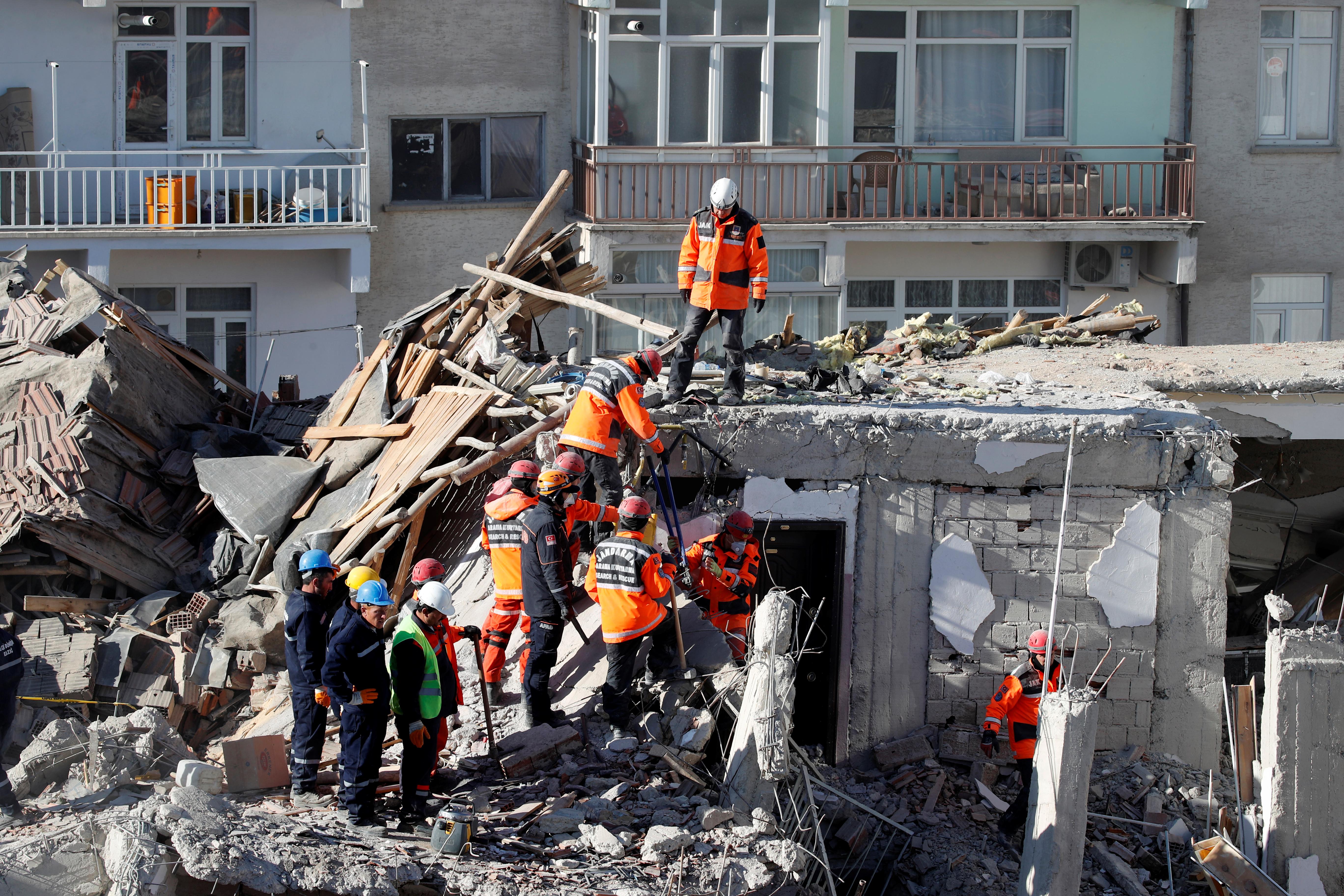 Teams had worked through the night to rescue 45 people from the rubble, the disaster authority said, using drills, mechanical diggers, buckets and bare hands in the search for survivors at three sites in Elazig province.

The magnitude 6.8 quake struck on Friday evening, killing 31 people there and four in the neighboring province of Malatya, with more than 1,600 sustaining injuries. It was followed by more than 700 aftershocks, Disaster and Emergency Authority AFAD said.

“It has been around 36 hours (since the quake), but we are still in the hours where we can hope,” he told a news conference in Elazig, some 550 km (340 miles) east of the capital Ankara.

Health Minister Fahrettin Koca, speaking alongside Soylu, said 104 people were being treated in hospitals, of whom 13 were in intensive care. None were in a critical condition, however.

Other provinces had earlier sent thousands of emergency workers to support rescue efforts, which were also supplemented by hundreds of volunteers, officials said. Tents, beds and blankets were provided to shelter those displaced by the quake.

Those rescued overnight included a 35-year-old woman and her infant daughter, who broadcast footage showed emerging from rubble in the Mustafa Pasa district of Elazig.

Rescuers who heard their screams had taken several hours to reach them in temperatures as low as -4 degrees Celsius (24.8°F), state media said. The woman’s husband was among those who died.

In a nearby neighborhood, others stood on mountains of debris where the quake had split an apartment building in half. They dug through using buckets, blowing whistles when they needed silence to listen out for trapped people.

Environment and Urbanization Minister Murat Kurum told the same news conference that the quake had damaged buildings in several provinces, and 12 structures needed to be demolished immediately.

Soylu said those affected by the quake would start receiving financial support from Monday, while AFAD urged residents not to return to damaged buildings because of the potential risk of collapse.

Speaking on Saturday during a visit to Elazig and Malatya, President Tayyip Erdogan said steel-framed houses would be rapidly built in the region to provide housing for displaced residents, calling the test for Turkey.

The country has a history of powerful earthquakes.