Turkish president says Ankara and Moscow will coordinate over project, after meeting Russian and Iranian counterparts. 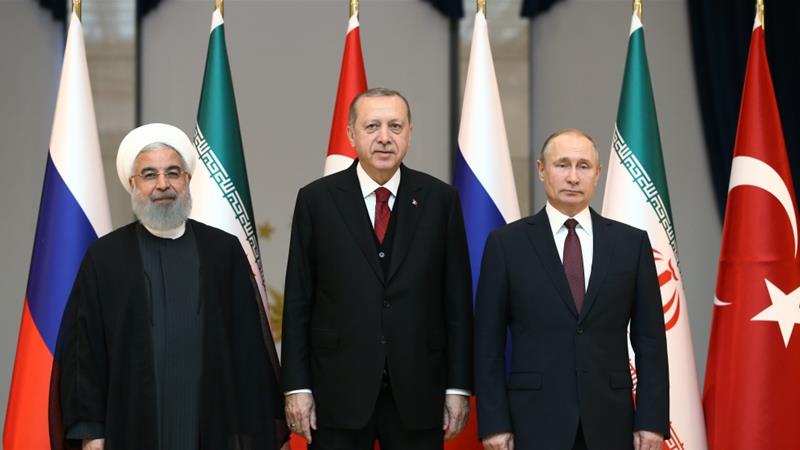 Speaking at a news conference on Wednesday alongside his Russian and Iranian counterparts – Vladimir Putin and Hassan Rouhani – after a summit on Syria, Erdogan said Turkish and Russian armed forces would coordinate to build the medical facility.

Turkey, Russia and Iran also said they were committed to achieving a “lasting ceasefire” in Syria, in a joint statement issued following the meeting in the Turkish capital of Ankara.

The three countries reaffirmed their commitment to cooperating for “the achievement of a lasting ceasefire between the conflicting parties”, the statement said.

Al Jazeera’s Osama Bin Javaid, reporting from Ankara, said that after the meeting the three leaders expressed their increasing hope for peaceful solution in the Syrian crisis in light of the achievements produced by their trilateral dialogue.

“These are the three parties who have the highest level of influence over what is happening in Syria. However, ironically, the Syrian government or opposition was not present in this meeting where the Syria’s fate is decided on,” he said.

“The leaders revisited their achievements they have reached inside Syria through their dialogue in the last few months.”

Iran and Russia, backers of Syrian President Bashar al-Assad, and Turkey, which supports the moderate opposition, have been in close cooperation through a series of talks aimed at finding a solution to the Syrian conflict since last year.

Various so-called “de-escalation zones” were agreed among the three powers in Syria as a result of multiple rounds of talks throughout 2017.

Syrian government forces are reportedly close to taking full control of the opposition stronghold of Eastern Ghouta near the capital, Damascus.

The seizure of the suburb will mark a major development in Assad’s efforts to reclaim lost territories in the seven-year war.