Turkey says it strikes Syria-Iraq border ahead of offensive

Turkey says it is ready to advance into northeast Syria, after the United States began pulling back troops from the Turkey-Syria frontier in an abrupt policy shift widely criticized in Washington as a betrayal of America’s allies.

The U.S. move will leave Kurdish-led forces long allied to Washington vulnerable to attack by the Turkish Armed Forces (TSK), which brands them terrorists because of their links to Kurdish militants who have waged a long insurgency in Turkey.

Giving details of the overnight strike, a security official said one of the main goals was to cut off transit route between Iraq and Syria often used by Kurdish armed groups “before the operation in Syria”.

“In this way, the group’s transit to Syria and support lines, including ammunition, are shut off,” the official said.

It was not clear what damage was done or whether there were casualties. Details of the strike, a joint operation by Turkey’s intelligence service and the military, were hazy. One official described them as an air strike, while the other said the site was made “unusable through various means”.

President Donald Trump meanwhile denied he had abandoned the Kurdish forces, the most effective U.S. partners in fighting Islamic State in Syria. But he praised Turkey as a trade partner, in a softening of tone hours after threatening Ankara’s economy if it acted “off limits” in Syria.

Signaling a further potential shift in the region’s power balance, the Kurdish-led forces said they might start talks with Damascus and Russia to fill a security vacuum in the event of a full U.S. withdrawal from the Turkish border area.

Turkey sought to underscore its determination to act. “The TSK will never tolerate the establishment of a terror corridor on our borders. All preparations for the operation have been completed,” the Turkish Defense Ministry said.

But a Reuters witness saw no sign of military activity near the Turkish border town of Akcakale, across from Syria’s Tel Abyad. Howitzers were placed behind earth embankments on Turkey’s side of the border, pointed toward Syria.

Some 60 km (40 miles) to the west, multiple launch rocket systems mounted on two trucks were deployed behind earth embankments near Suruc, opposite the Syrian border town of Kobani. Artillery was also stationed in the area, and soldiers wandered around a nearby military camp.

Trump’s warning on Turkey’s economy on Monday appeared aimed at placating critics who accused him of abandoning the Syrian Kurds by pulling out U.S. forces. The decision drew criticism from Democrats and a rebuke from some of his fellow Republicans in Congress, including Senate Majority Leader Mitch McConnell.

“As I have stated strongly before, and just to reiterate, if Turkey does anything that I, in my great and unmatched wisdom, consider to be off limits, I will totally destroy and obliterate the Economy of Turkey (I’ve done before!)” Trump tweeted.

His remarks, reiterated on Tuesday in slightly modified form, met an angry response in Turkey, including from opposition party politicians such as Iyi Party leader Meral Aksener.

“Threatening Turkey’s economy is a diplomatic catastrophe,” she told her party’s lawmakers in a speech in parliament. “The best response to this insolence is to go into the east of the Euphrates and break the terror corridor.” 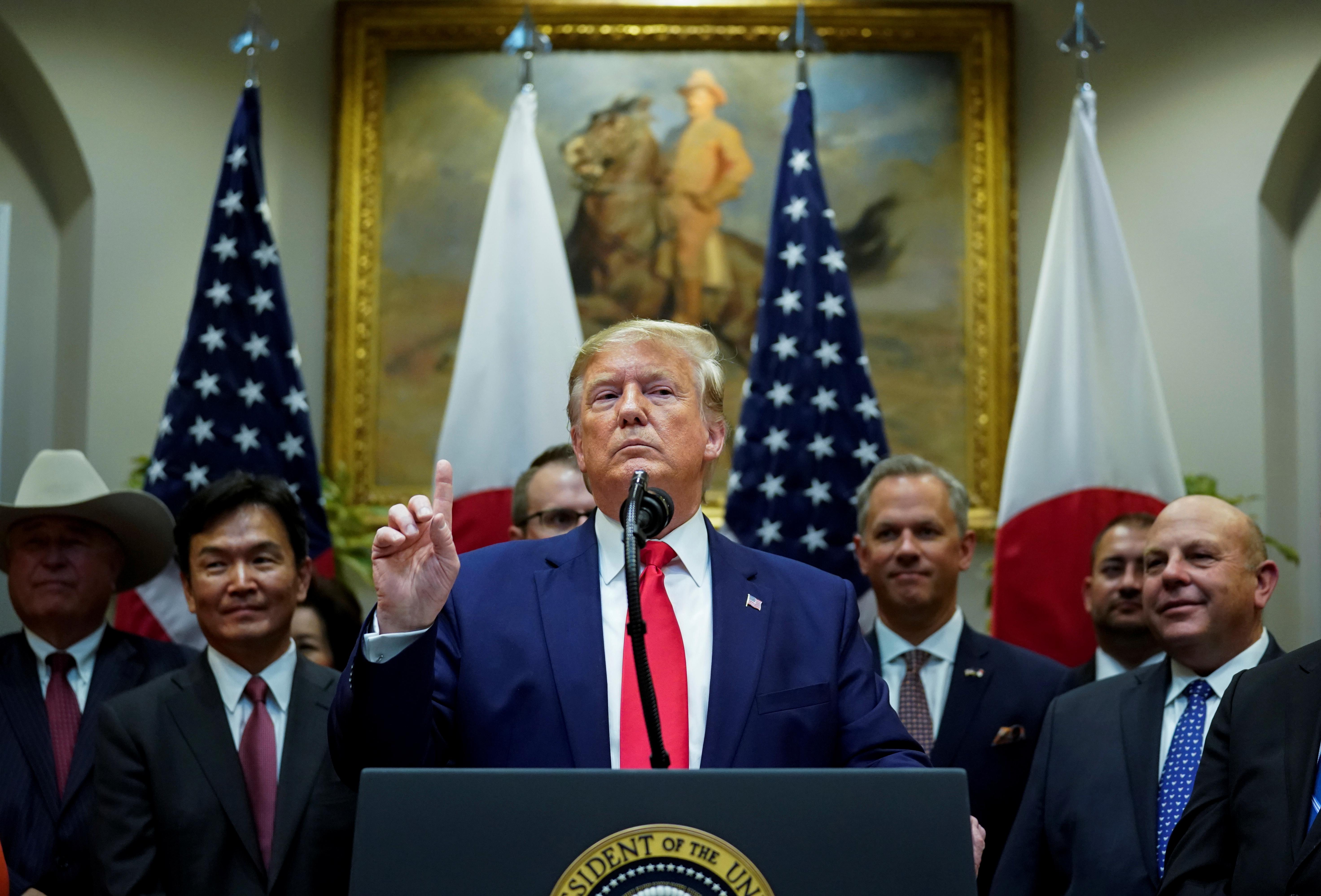 But on Tuesday, Trump tweeted: “So many people conveniently forget that Turkey is a big trading partner of the United States … They have been good to deal with.”

As for the Kurds, Trump said their “wonderful fighters” continued to receive U.S. help with finance and weapons.

The Kurdish-led forces have denounced the major U.S. policy shift as “stab in the back”.

Mustafa Bali of the Kurdish-led Syrian Democratic Forces (SDF) said the continued Turkish military buildup on the border, together with information about further mobilization of Turkey-backed Syrian rebels, indicated that “an attack is imminent”.

His comments to Reuters reflect the predicament of Kurdish-led forces in northern Syria after the partial withdrawal of U.S. troops who in effect shielded the area from Turkish attack.

“At that time we may hold talks with Damascus or the Russian side to fill the void or block the Turkish attack,” he said.

Syria insisted it would defend itself against any Turkish assault. Damascus, however, was unable to prevent Turkey taking control of a swathe of northwestern Syria earlier in the war.

Russia, Syrian President Bashar al-Assad’s strongest foreign ally, said it was not told in advance by Washington or Turkey about any agreements to pull U.S. troops from the northeast, adding it was watching the situation very closely. Iran, another Assad ally, voiced opposition to any Turkish operation in Syria.

Turkey, which hosts 3.6 million Syrian refugees, plans to resettle two million refugees in northern Syria. Turkey’s lira TRYTOM=D3 lost 2% of its value against the dollar to hit its weakest since early September, but edged off its lows to 5.8195 on Tuesday.

Ties between Ankara and Washington have long been tense over a range of issues including Syria policy and Turkey’s purchase of a Russian missile defense system.