ISTANBUL (Reuters) – Turkish Foreign Minister Mevlut Cavusoglu said on Monday that if a planned safe zone in northern Syria is not established, and if threats continue against Turkey, Ankara would launch a military operation east of the Euphrates river. 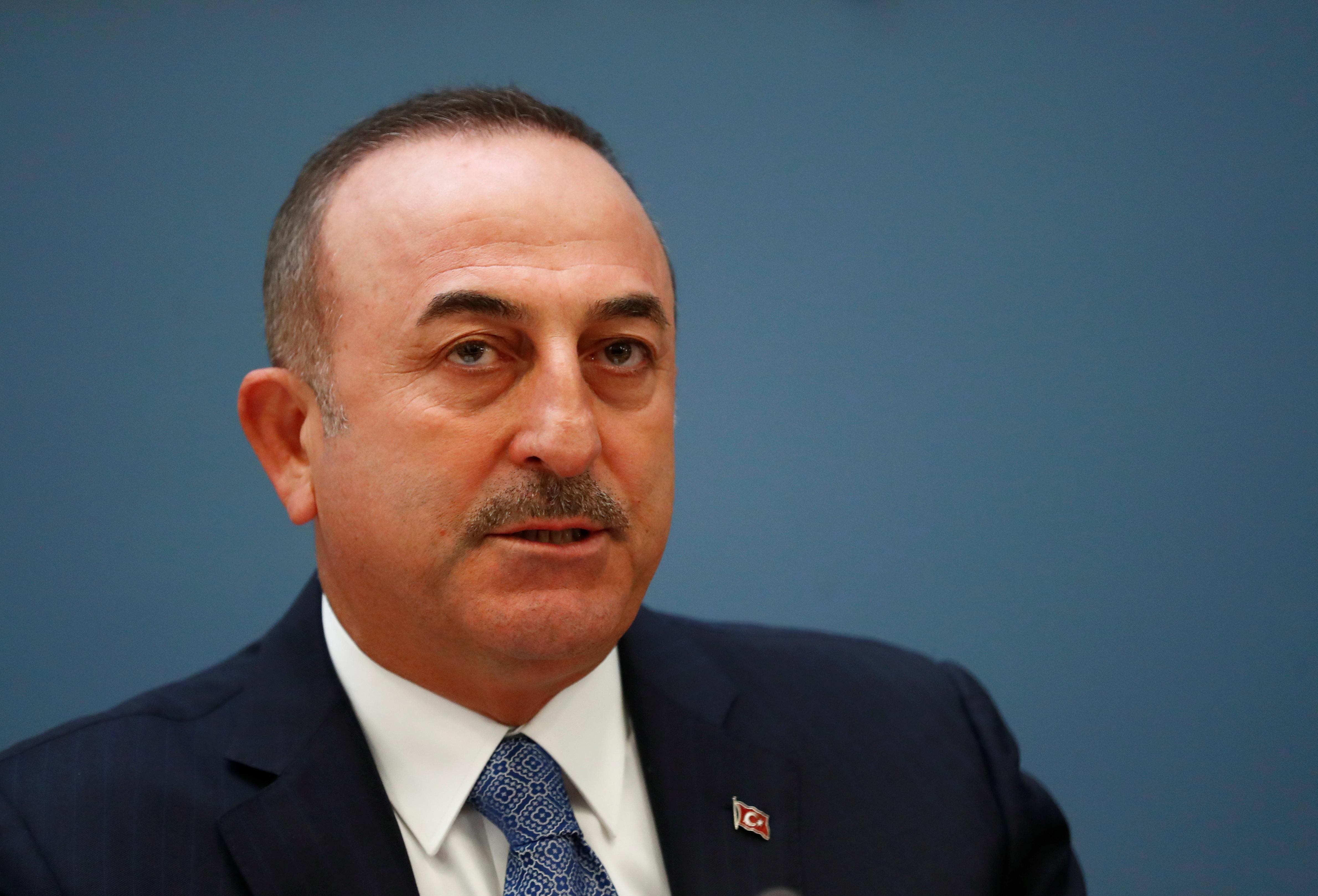 Turkey has been in talks with the United States over the establishment of a safe zone across its border in northeast Syria, where the United States supports the Kurdish YPG militia. Ankara sees the YPG as a terrorist organization.

In an interview with broadcaster TGRT Haber, Cavusoglu also said he hoped an agreement would be reached after talks later on Monday with the U.S. special envoy for Syria, James Jeffrey, who is visiting Turkey.

Cavusoglu said talks with the United States on the safe zone had recently slowed.

He said Turkey had told Washington that it should not use the fighting in Syria’s northwestern Idlib province as a pretext for disregarding the proposed safe zone further east.

He repeated Turkish frustration that a deal with the United States for a YPG withdrawal from the town of Manbij had still not been implemented, more than a year after it was agreed.

“If the safe zone is not established and threats toward our country continue, we will launch the operation in the east of the Euphrates,” he told TGRT Haber.

“The Americans sent Jeffrey and said there were new proposals in the talks that will start today. We hope an agreement can be reached on this. Concrete steps are needed on this now.”

Following talks with Jeffrey later on Monday, the Foreign Ministry said the safe zone, the political process, the formation of a constitutional committee and developments in Syria’s northwestern Idlib region were discussed.

Defence Minister Hulusi Akar also had talks with Jeffrey and expressed the “unease” felt over high-ranking U.S. officials meeting with leaders of the YPG in Syria, according to the Turkish Defence Ministry.

It said the establishment of the safe zone was discussed and it was agreed to continue working on the issue on Tuesday.

The U.S.-backed SDF, which controls much of northern and eastern Syria, is spearheaded by the YPG.

Ankara wants YPG fighters to withdraw from the border area, while Washington wants guarantees that its Kurdish-led allies in the campaign to defeat Islamic State militants in Syria will not be harmed.