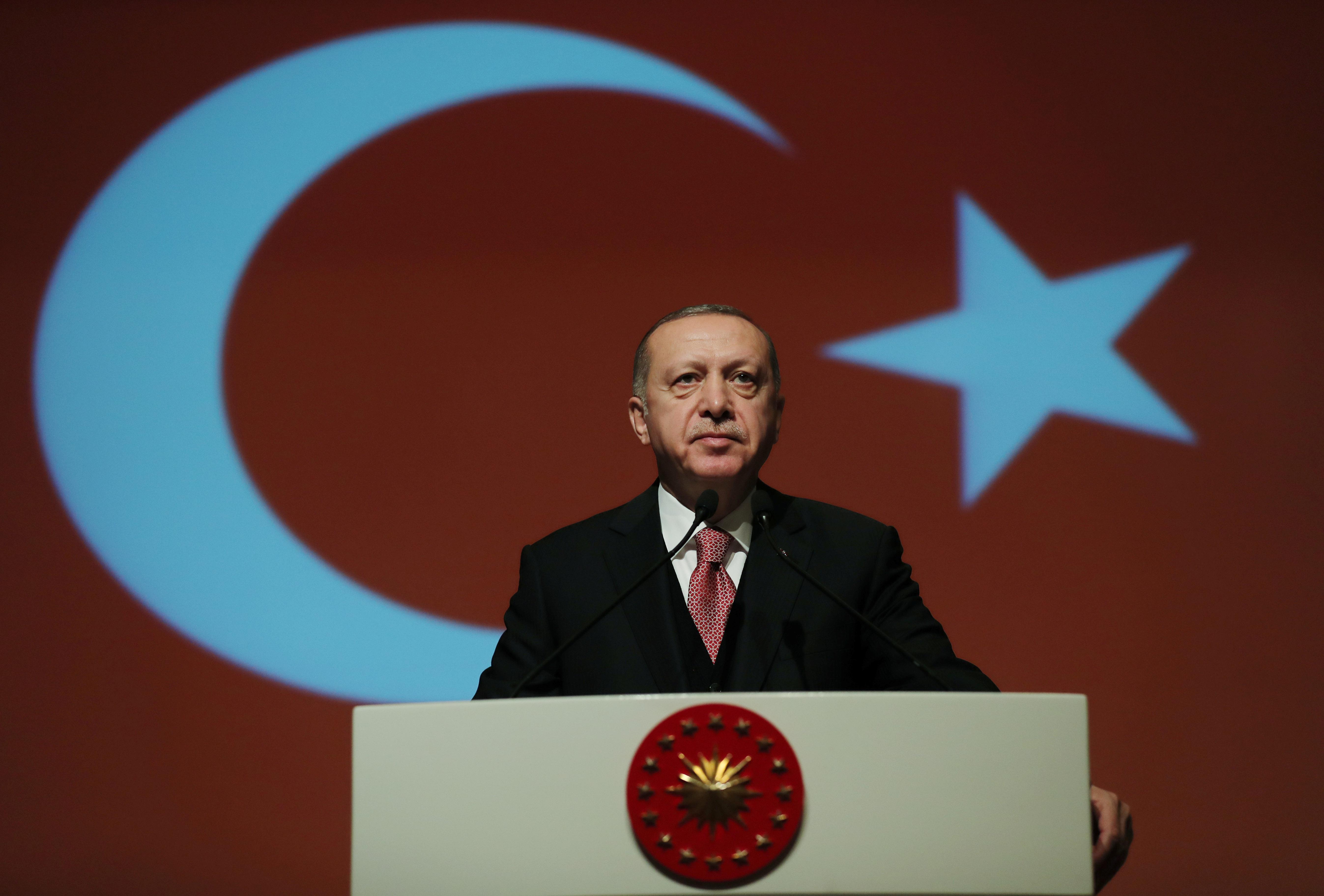 ISTANBUL (Reuters) – Turkish President Tayyip Erdogan said he had not yet seen an acceptable plan from the United States for the creation of a safe zone in northeastern Syria, three weeks after President Donald Trump suggested establishing the zone.

“There is no satisfactory plan that is put before us concretely yet,” Erdogan told a parliamentary meeting of his AK Party. “Of course we are loyal to our agreements, our promise is a promise. But our patience is not limitless.”

Turkey wants to set up the safe zone with logistical support from allies and says it should be cleared of the U.S.-backed Kurdish YPG militia which Ankara considers a terrorist group.

Erdogan said that Turkey did not need not have to ask anyone for permission to implement its own plans in the area. “No threat can make us turn from this path, including a sanctions list,” he said.

The safe zone will be an issue at a meeting on Wednesday in the United States of ministers from a coalition of countries fighting the Islamic State militant group. Turkey’s Foreign Minister Mevlut Cavusoglu will attend those talks.

In December, Trump confounded his own national security team with a surprise decision to withdraw all 2,000 U.S. troops from Syria, declaring that Islamic State had been defeated there.

Erdogan also said on Tuesday that Turkey would only wait a few weeks for militants to be removed from the north Syrian town of Manbij. The U.S.-backed Syrian Democratic Forces (SDF), which is spearheaded by the YPG, has controlled Manbij since 2016.

After months of disagreement, Ankara and Washington agreed in June on a roadmap that would see the YPG removed from the town. Turkey has repeatedly expressed its frustration that the implementation of the plan has been delayed.

Trump has warned Turkey not to attack Kurdish fighters in Syria and last month threatened economic devastation if Ankara attacked the YPG militia.