You’ll be owling with laughter! A tutu-wearing rhino and VERY excited squirrel feature among the winners of this year’s comedy animal photo competition

Thousands of photographs from around the world were whittled down to 41 finalists in the Comedy Wildlife Photography Awards.

Contestants submitted their photos of animals in hilarious poses as they battled for a place in the official book.

Mary McGowan, from Tampa, Florida, took the grand prize with ‘Caught in the act’, an image featuring a shocked squirrel. 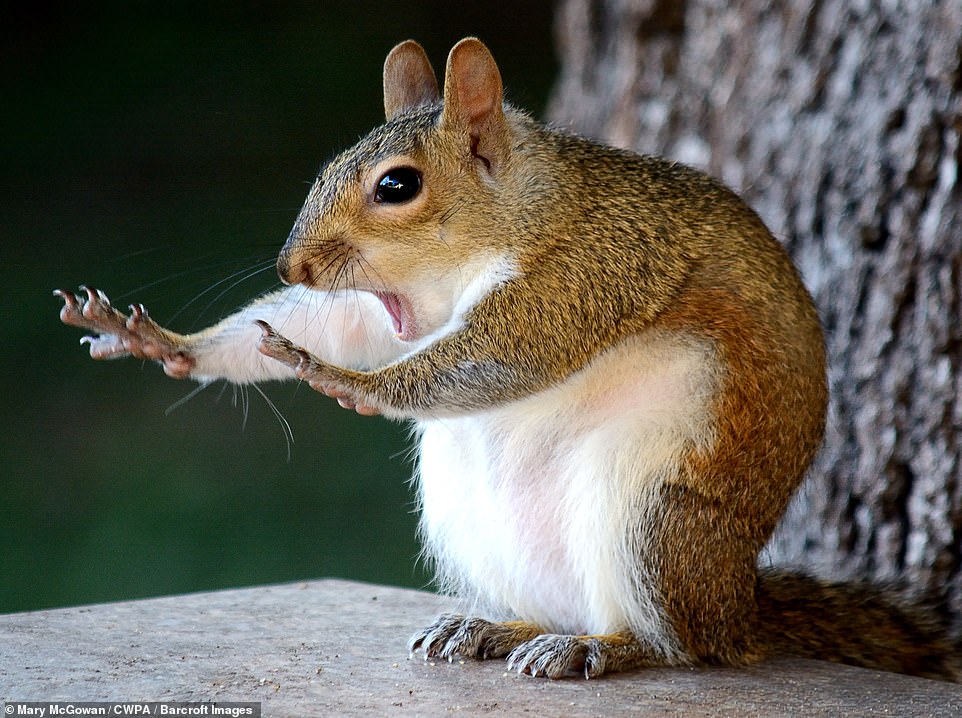 Mary McGowan from Tampa, Florida, won the overall award and picked up the People’s Choice Award and Creatures of the Land award for ‘Caught in the Act’, a picture of a petrified looking squirrel 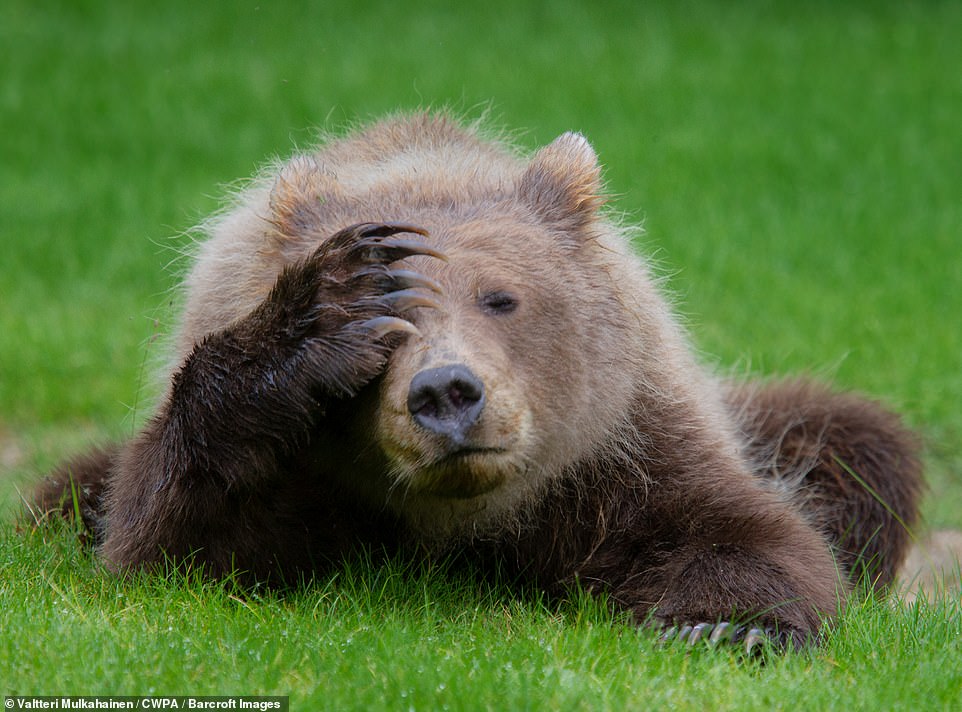 A brown bear appears to have had enough, taken by Valterri Mulkahainen in Martinselkonen, Finland 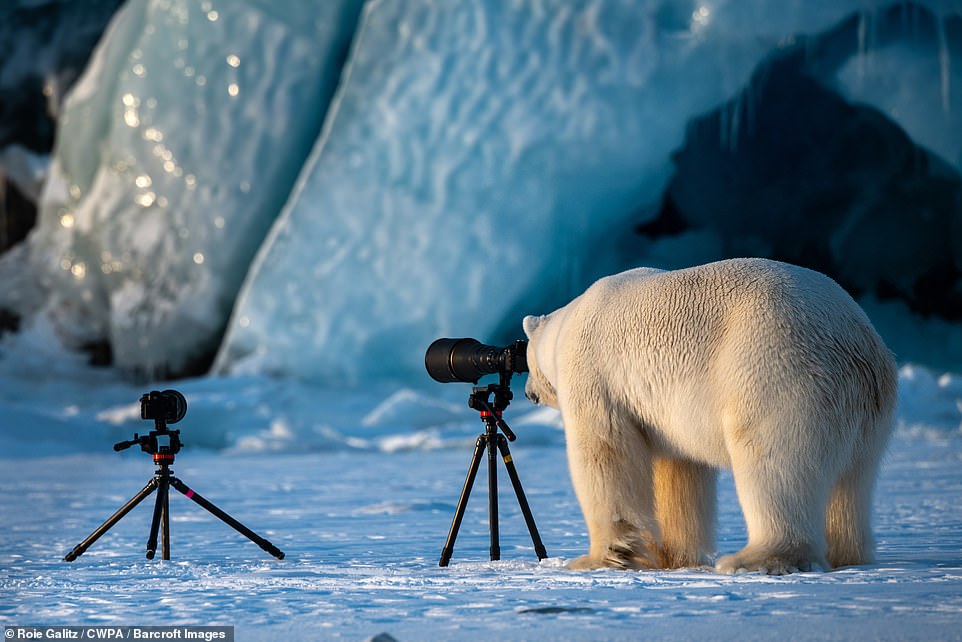 A polar bear looks as if he is the one calling the shots in this picture by Roie Galitz taken in Svalbard, in the Norwegian Arctic

She also took the Affinity People’s Choice Award and the Alex Walker’s Serian Creatures of the Land Award for the exceptionally funny image.

There were eight categories this year – the Video Category, Under The Sea, Amazing Internet Portfolio, Junior Category, Spectrum Photo Creatures of the Air, Alex Walker’s Serian Creatures of the Land, Affinity People’s Choice Award and the Overall Winner.

The Creatures of the air award was handed to Shane Keena, from southern California, for his photo of an owl poking its head up, with its eyes wide. 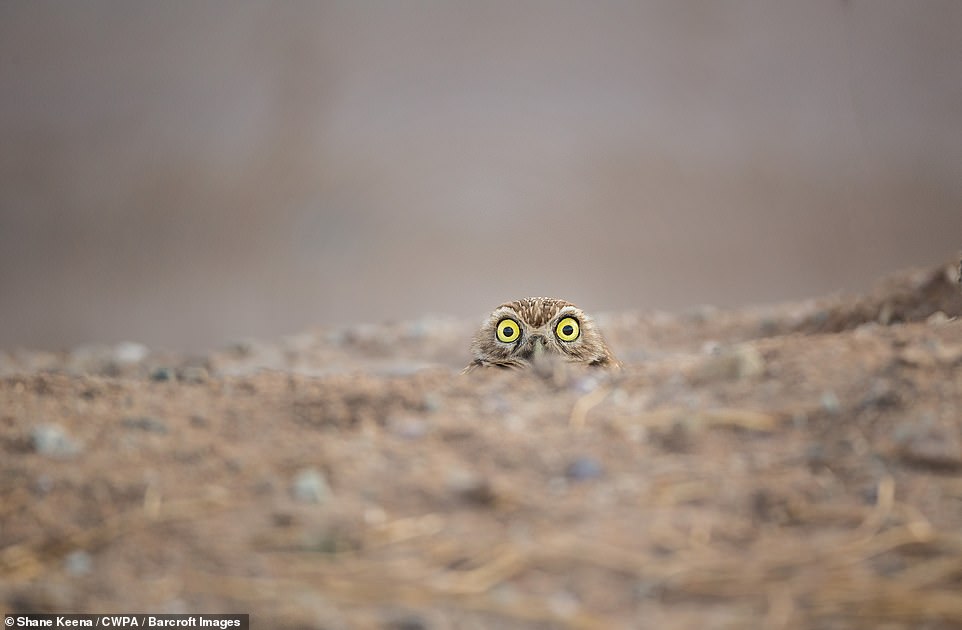 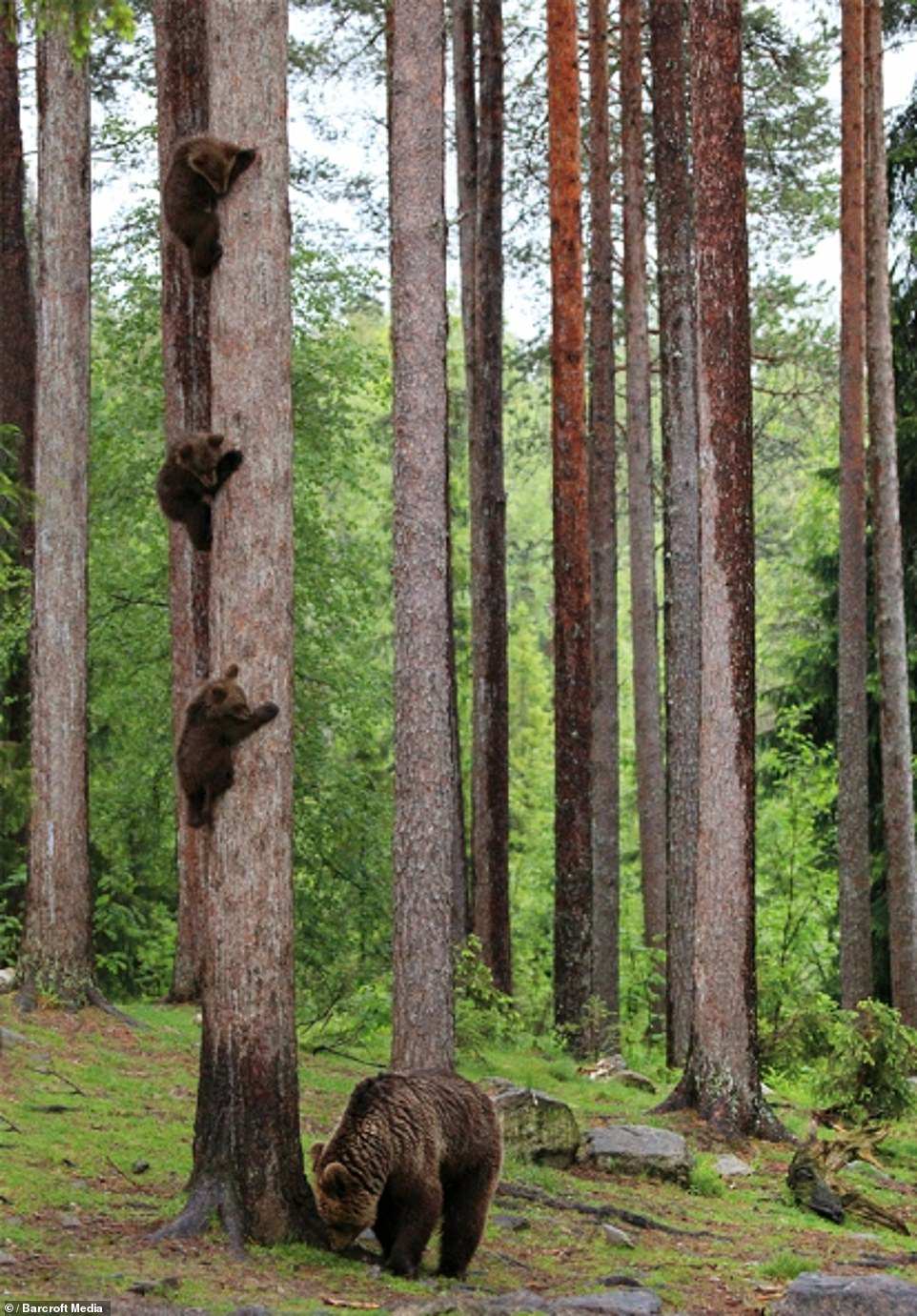 Valtteri Mulkahainen called this ‘Mother returned from her parents’ meeting’, taken in the Taiga forest in Finland

The Under the Sea winner went to Tanya Houppermans as she got up close and personal with a blue shark.

Her image titled, ‘a blue shark smiles to the camera,’ was taken in the water off Rhode Island on the United State’s eastern seaboard.

Ms Houppermans combined her love of diving and photography after working as a mathematician and military defense analyst. 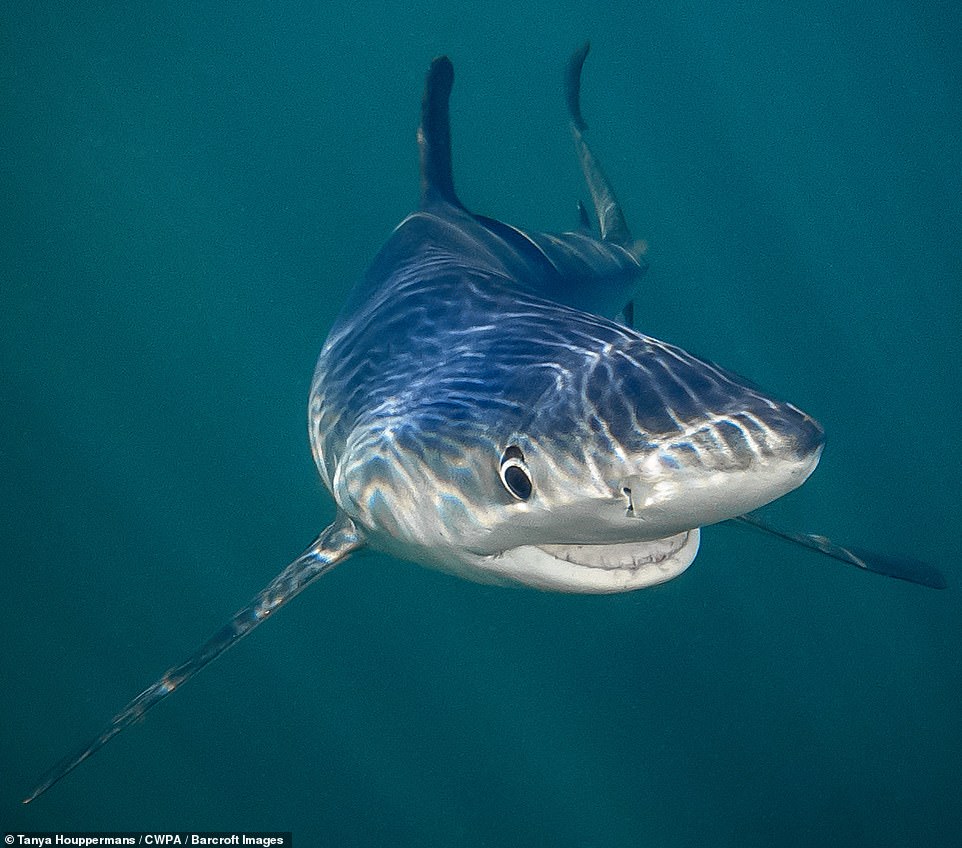 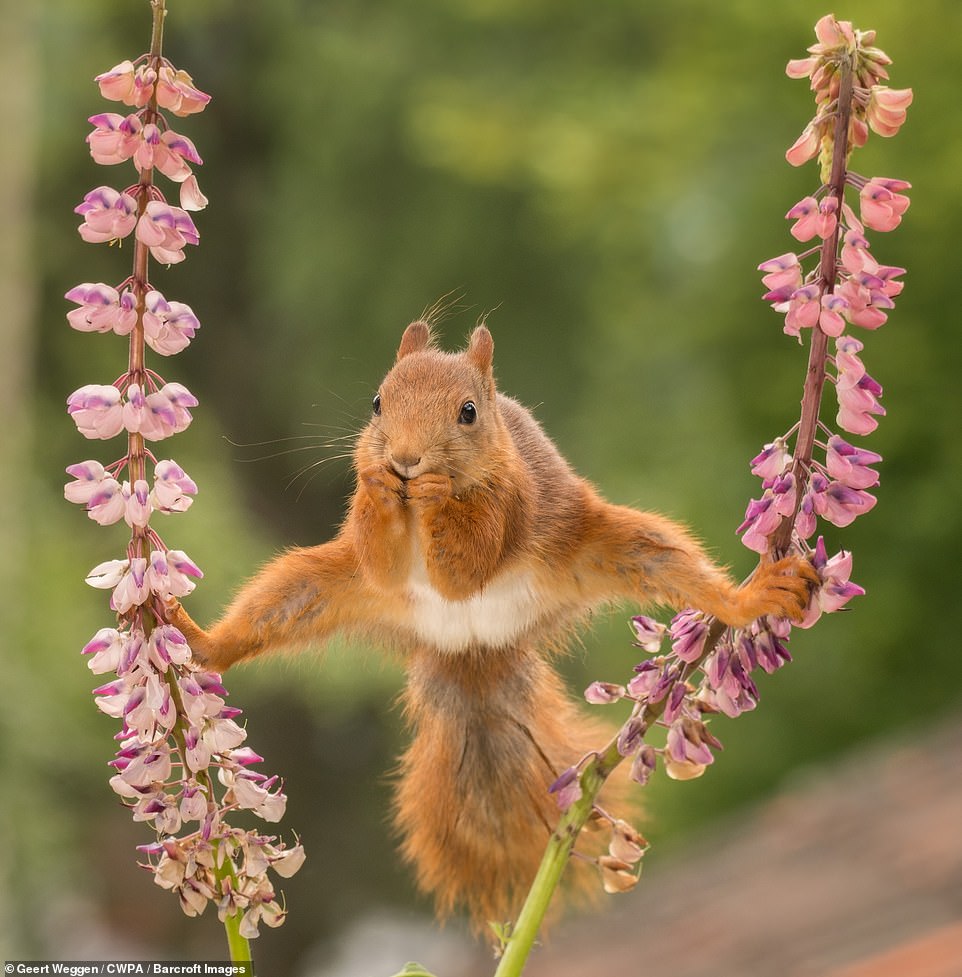 A red squirrel does the splits on a pair of flower stalks, taken by Geert Weggen in Sweden 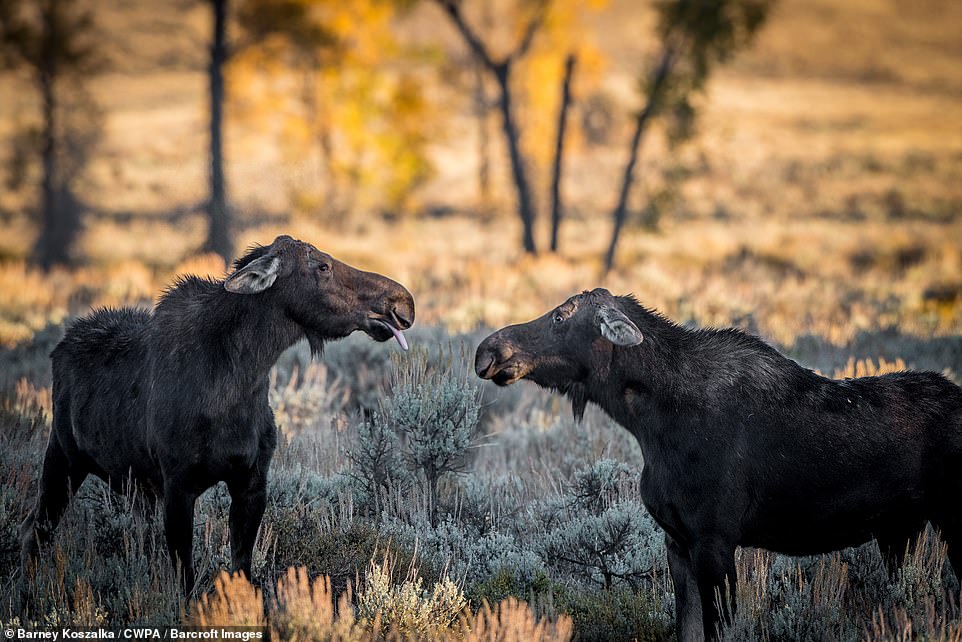 A moose blows a raspberry at another, taken by Barney Koszalka in frosty Wyoming, USA 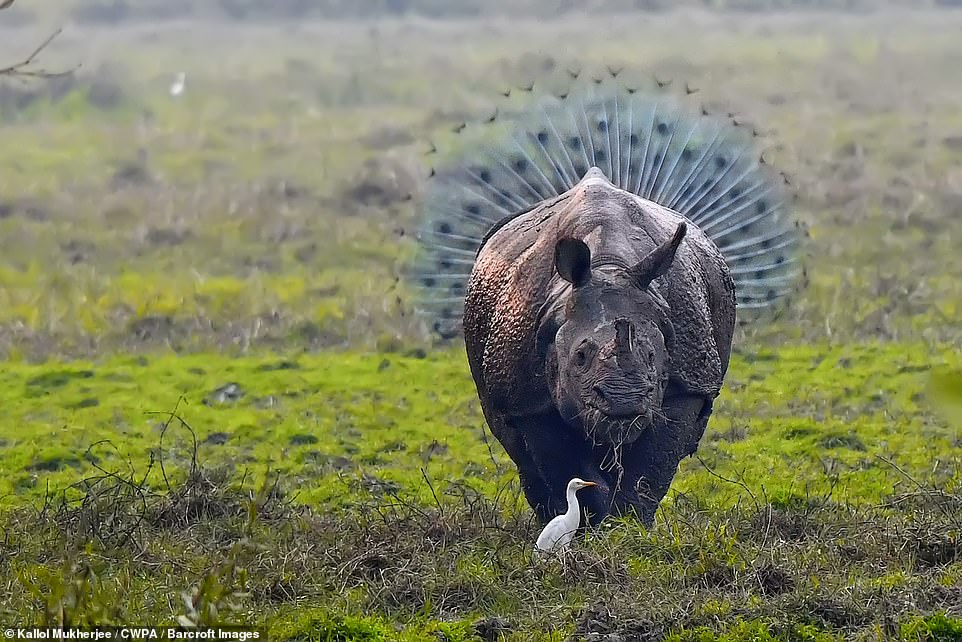 A rhino looks like he has a peacock for a tutu, taken by Kallol Mukherjee in Gorumara National Park in West Bengal, India

Arshdeep Singh started taking pictures aged just six and the boy from India, claimed the junior prize for his picture of a pipe owl in the city of Kapurthala in Punjab, India.

Arshdeep often travels with his father Randeep Singh who is a well known wildlife photographer.

The young man’s work had already featured in many publications before picking up this prize.

Others were highly commended and will feature in the book of 41 finalists’ images. 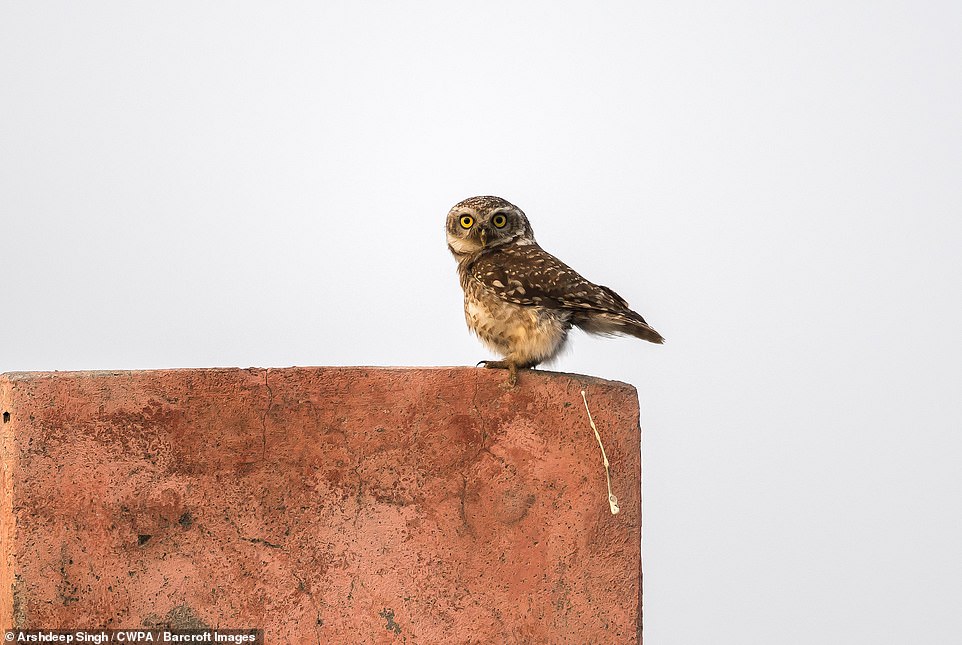 The winner of the junior prize was Arshdeep Singh for this image of an owl looking surprised in Kapurthala, India 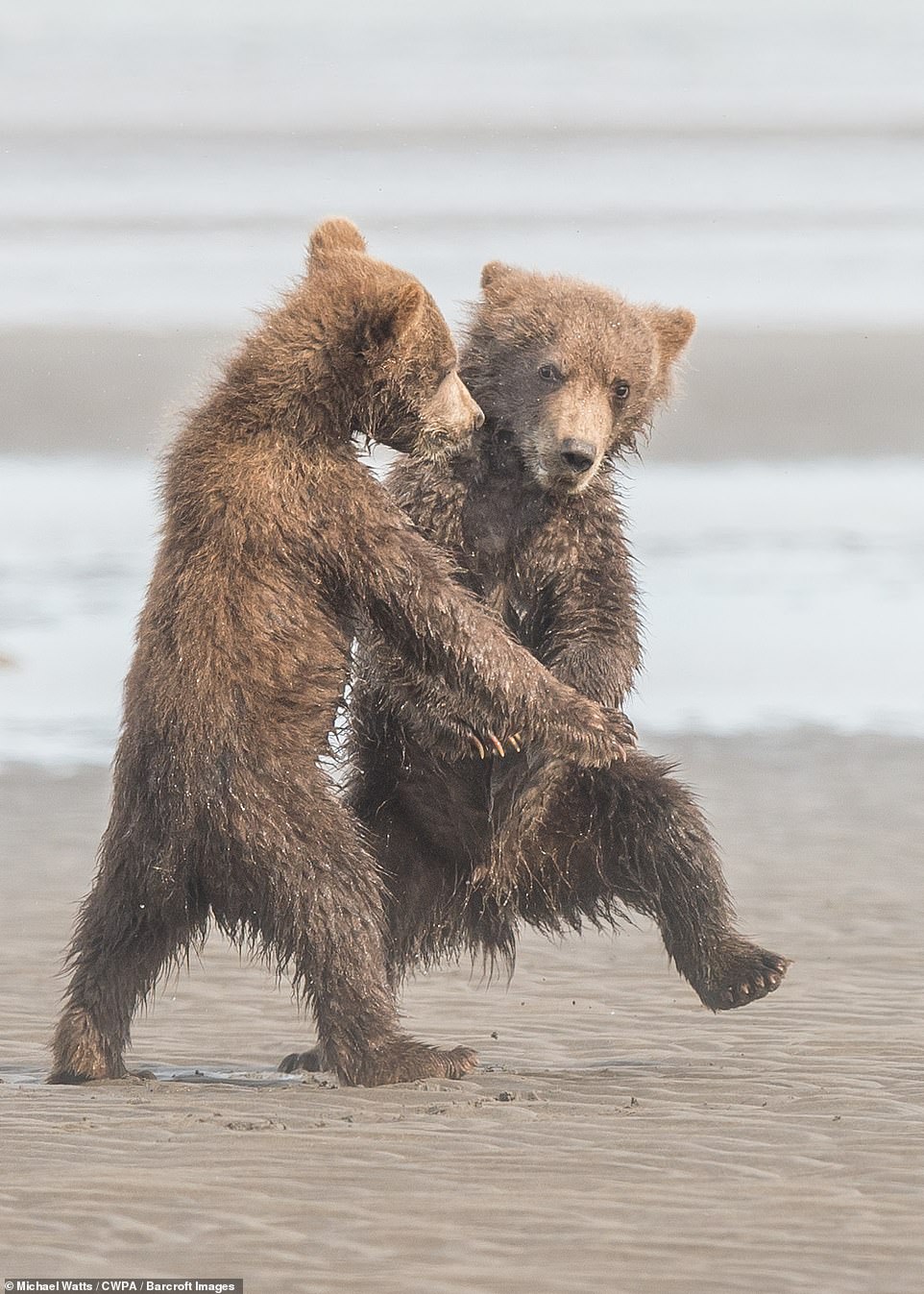 Two grizzly bear cubs look like they are dancing together in Churchill, northern Manitoba, Canada 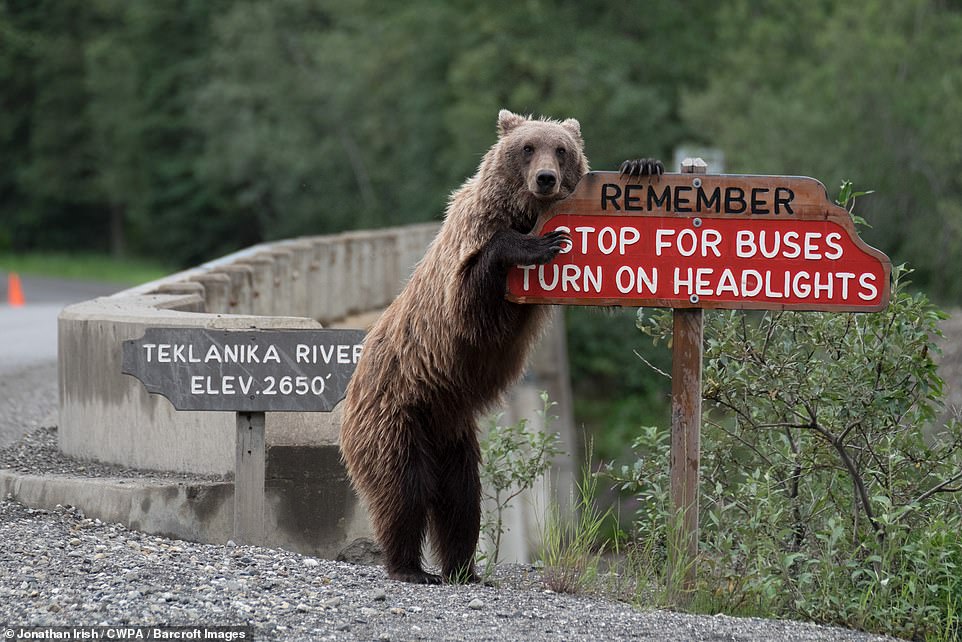 In Alaska, Jonathan Irish captured this image of a grizzly bear looks like he is drawing drivers’ attention to a sign asking them to be careful 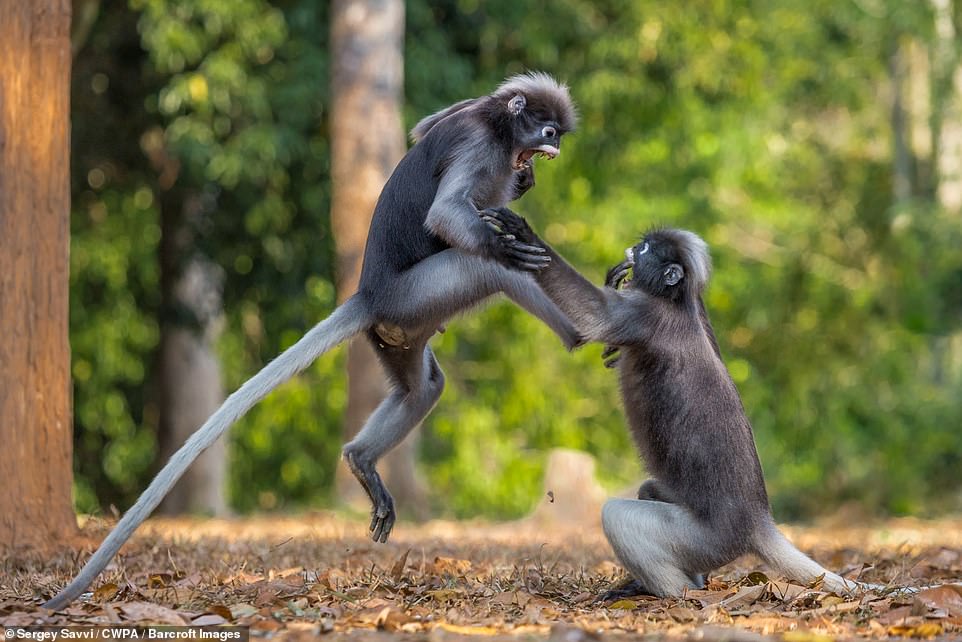 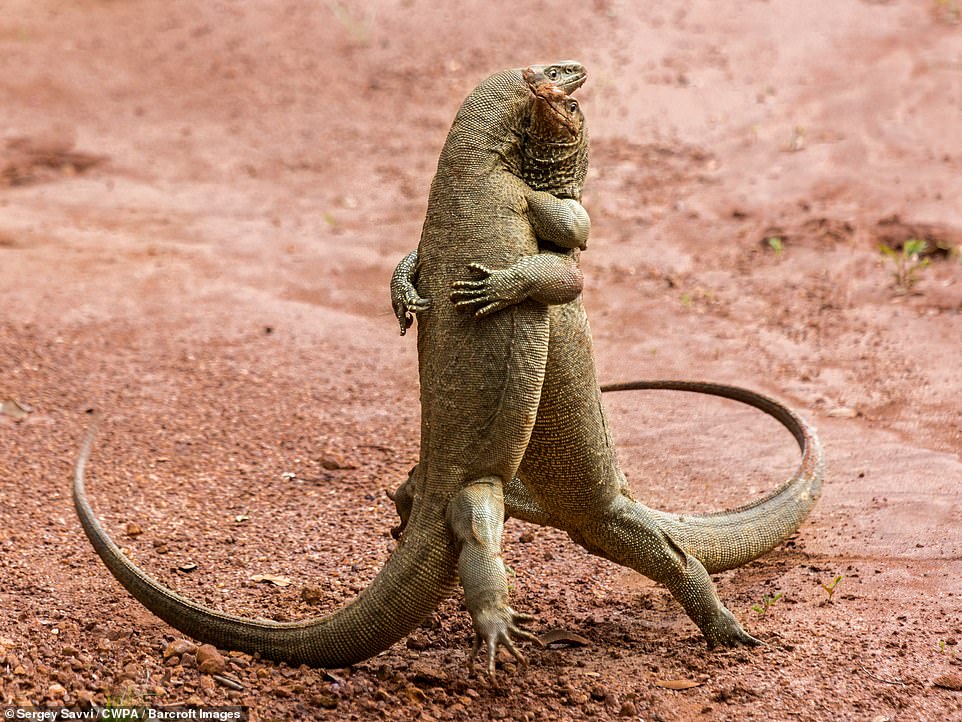 A pair of komodo dragons appear to clinch in a waltz as they hot-step across the dusty ground in Wilpattu, Sri Lanka, taken by Sergev Savvi