Who’s lit up Regent Street? TV Doctor Jodie Whittaker is among the stars to switch on Christmas lights sparking spectacular pyrotechnic display for a crowd of thousands

The Christmas lights went on to huge cheers as fireworks filled the sky over Regent Street in London’s West End tonight.

The stage featured musical stars from Dreamgirls who performed Motown numbers from their blockbuster show.

They were followed by Britain’s Got Talent singer Calum Scott, known for his hits ‘Dancing On My Own’ and ‘You Are The Reason.’ 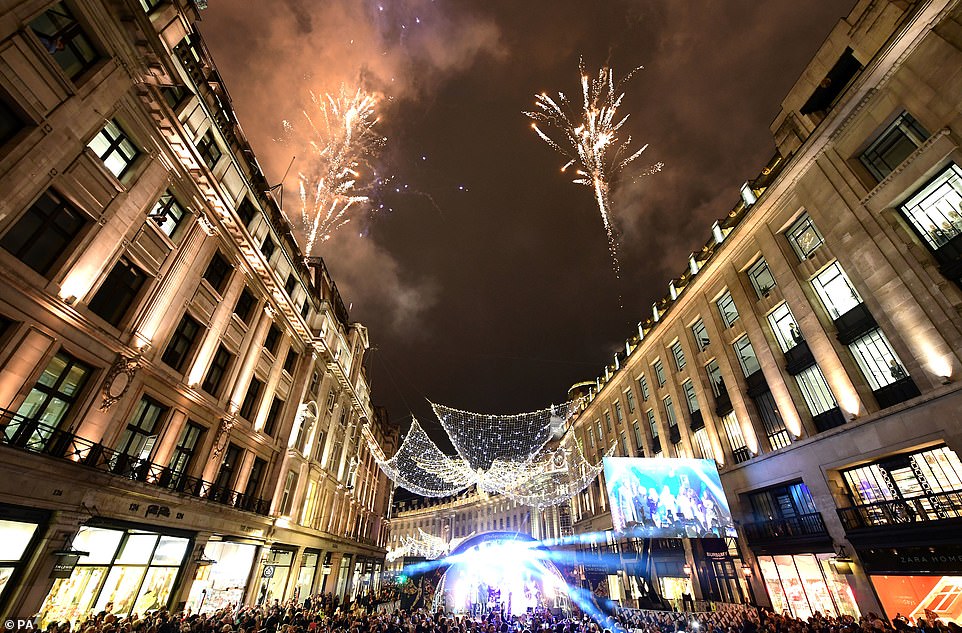 Doing the honours with the big switch on were Jodie Whittaker, the first female Doctor from Doctor Who, and Heart Radio’s Breakfast presenters Jamie Theakston and Sian Welby.

Many families and tourists flocked to Regent Street to take a break from their Christmas shopping and join in the festive spirit.

After the entertainment the fun continued with handbag store, Kipling, providing a stage full of dancers and Kiehl’s had a massive Christmas gift box. 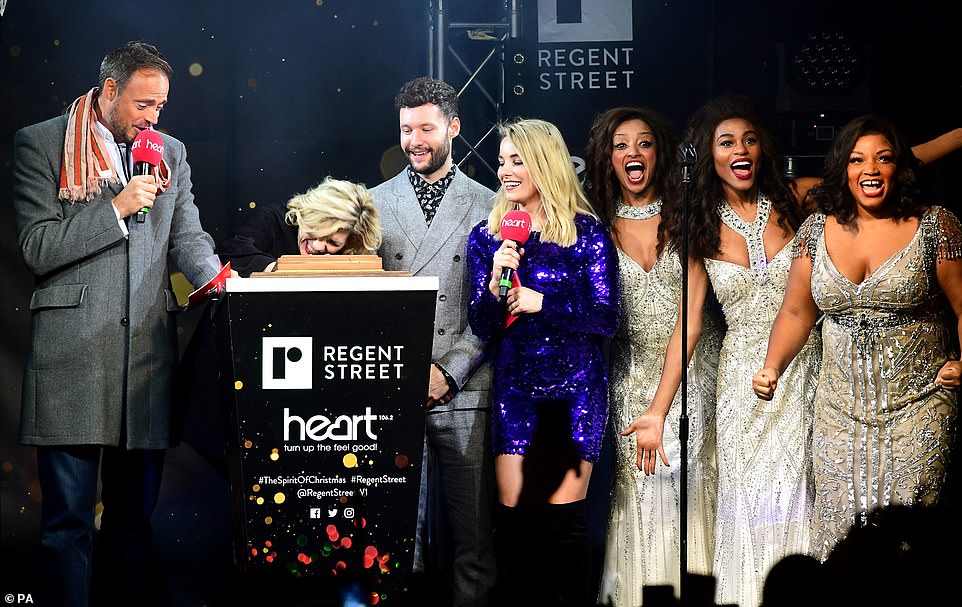 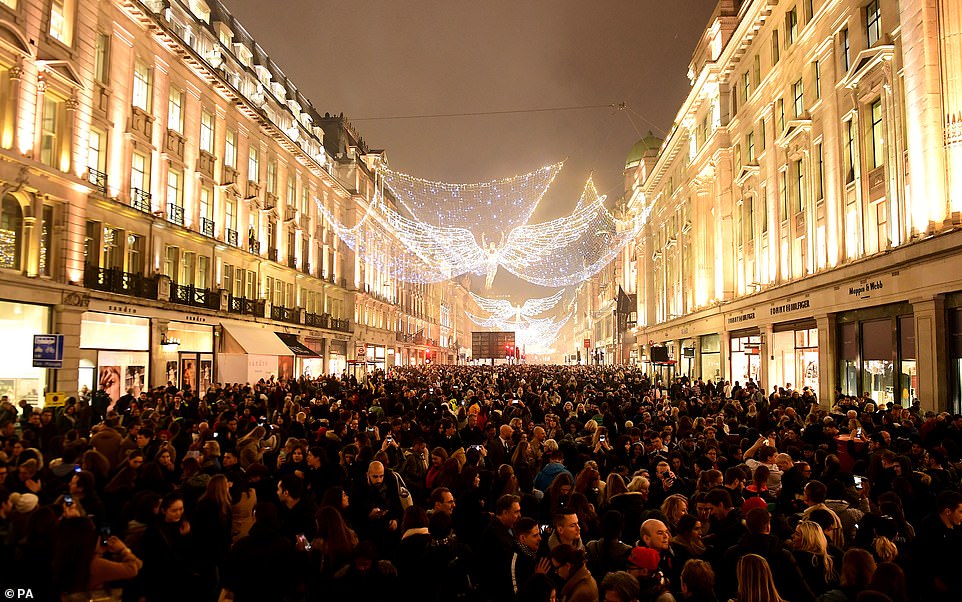 Thousands gathered in London’s historic shopping street to witness the festive display, as the lights stretched across the broad Georgian facades 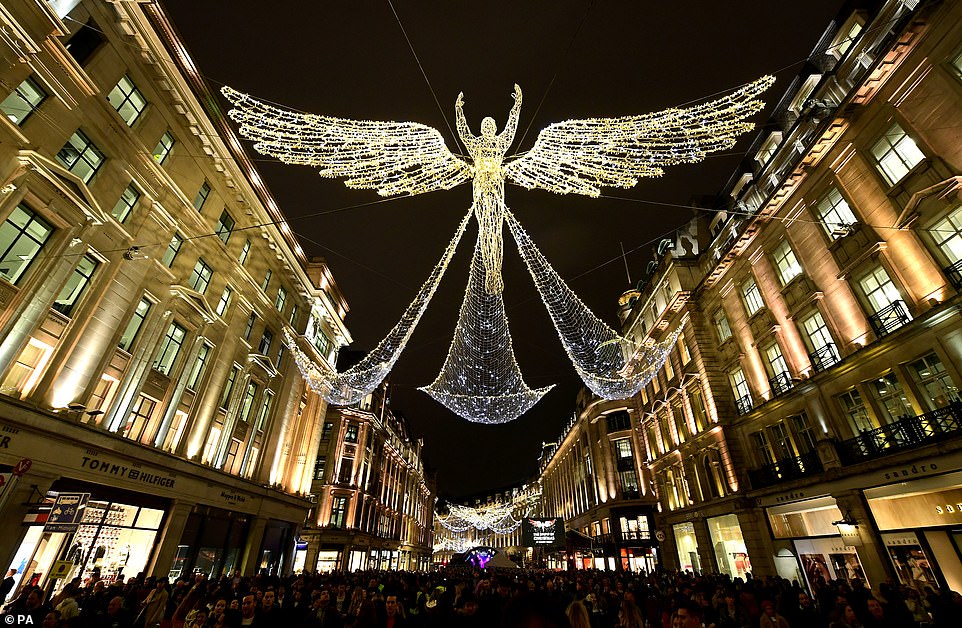 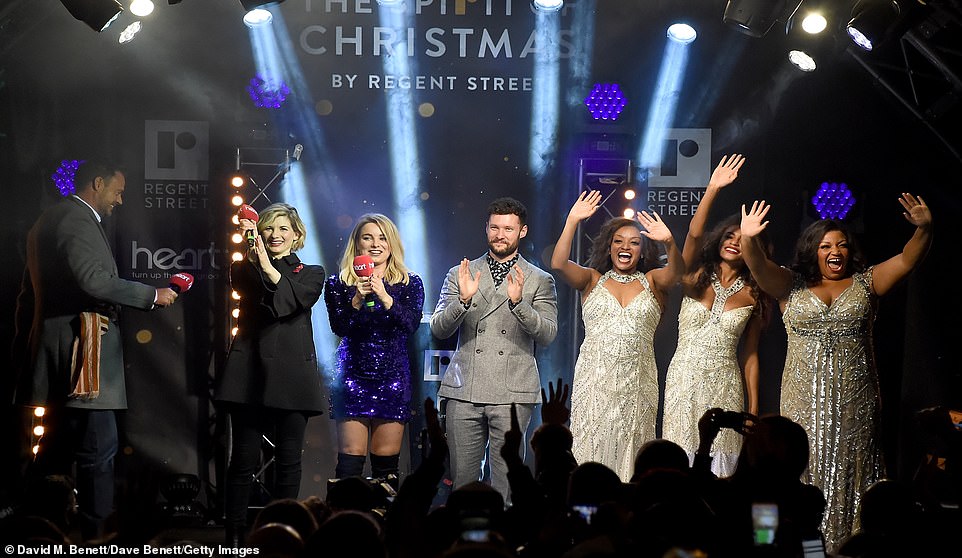 L’Occitane were serving hot chocolates in a seated area with blankets, while soap store, Molton Brown, laid on a gigantic advent calendar.

Brass bands and other live performances, including from the London Gay Men’s Chorus, continued providing entertainment into the night.