THE twin of a 12-year-old boy who was shot and killed in Indiana held his brother all the way to the hospital and put pressure on the gunshot wound to try and save his sibling's life.

Demetrius Townsel Jr was sitting in the back of a car with his twin Darius on Saturday night, when someone fired shots at the car, hitting Demetrius. 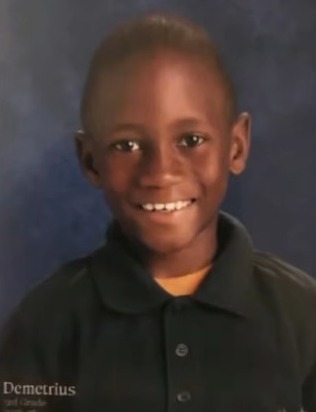 Darius held his brother all the way to Methodist Hospital two miles away, WGNTV reported, and tried to save his life by putting pressure on the wound.

The boy’s mother, Catherine Brown, is pleading for someone to come forward. “I can’t hold my baby anymore please turn yourself in,” she said. “I go home empty. I miss his laugh. I miss him.”

The siblings are from Chicago's Back of the Yards, and attended R.J. Daley Elementary Academy.

The twins and two other children went to a gas station with a relative to pick up snacks, according to CBS. 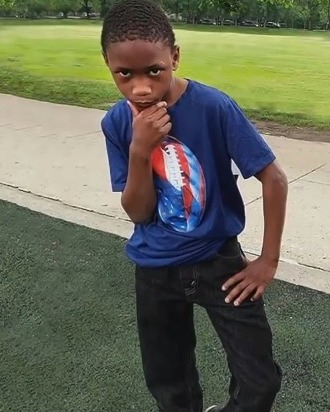 They had just left when someone started shooting at their car near 26th Avenue and Pierce Street. A bullet hit Demetrius in the head.

Townsel Jr's father, Demetrius Townsel, Sr., said despite the hurt he was feeling, he knew he had to keep his composure for his other son.

"Why would you take my baby’s life? My baby was just 12 years old," he told NBC. "How could you take that from me?"

There is a $2,000 reward to anyone who helps locate the person who shot Demetrius.

“It’s unfortunate that something like this would happen to a 12-year-old child,” Lenearl Lightfoot, Demetrius’ stepfather said. “I was a victim of gun violence myself. The first time I got shot I was 12 years old. Makes me more determined to find out who did this to him.”

The Gary Police Department and the Lake County/Gary Metro Homicide Unit are investigating his death as a homicide.